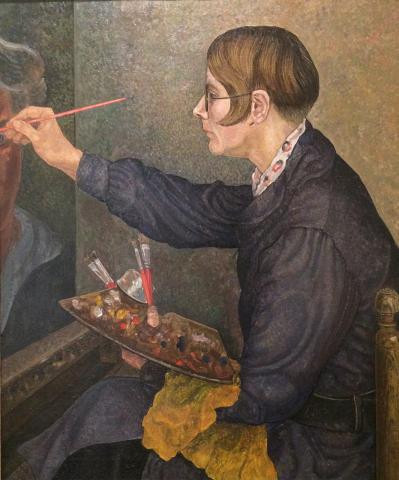 Charley Toorop in her Studio, 1927

Jakob 'Jaap' Nieweg was a clergyman in the Groningen villages of Winsum and Bellingeweer when, in 1914, he decided to choose for the life of a painter. Under the influence of the artistic views of his mentor, the painter and art educationist H.P. Bremmer, he used a detailed pointillism with which he produced calm and timeless depictions. The painter also shared Brenner’s deep admiration for Vincent van Gogh. Nieweg mainly painted landscapes, portraits and still lifes (including floral), which are striking for having immense originality