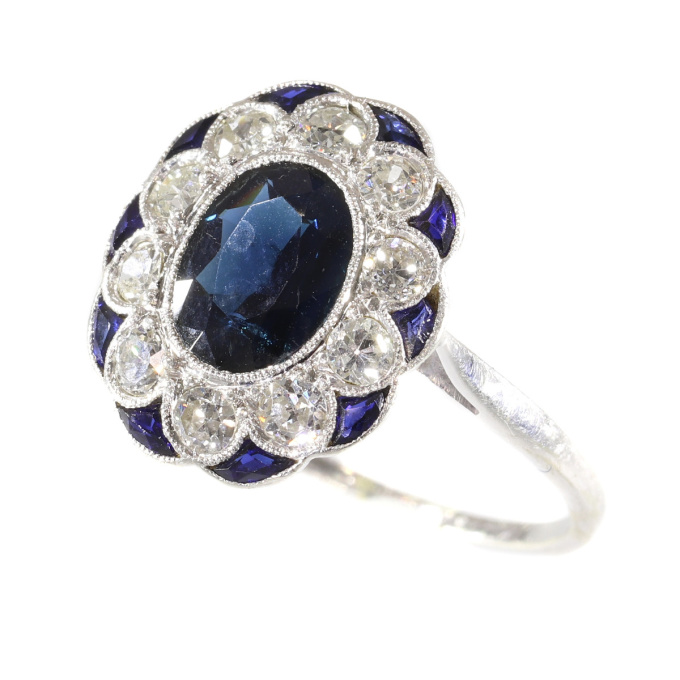 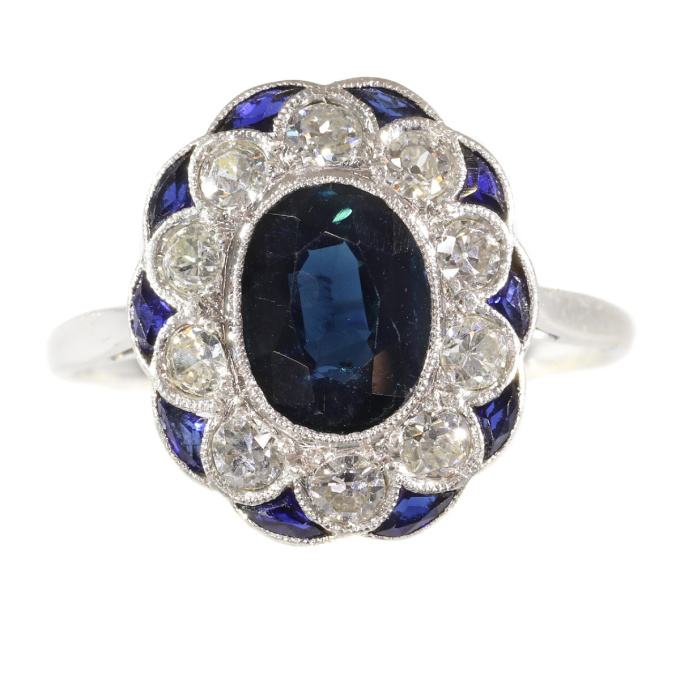 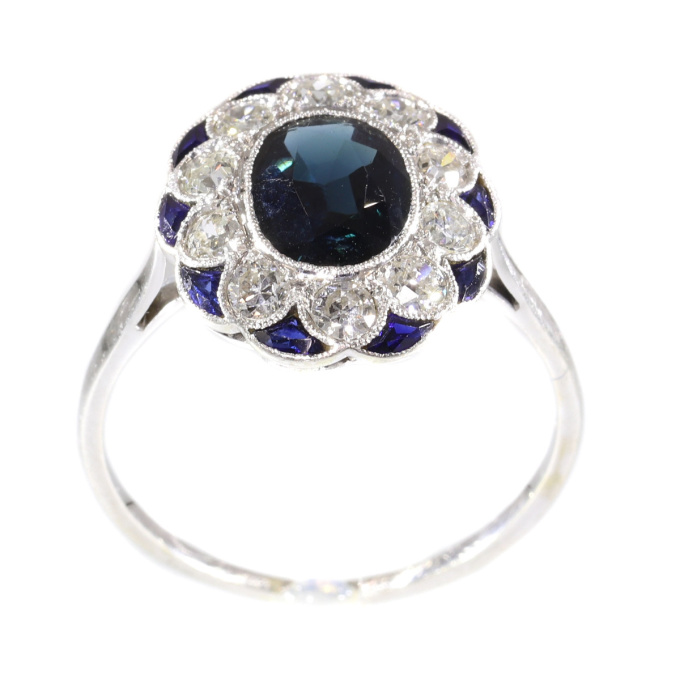 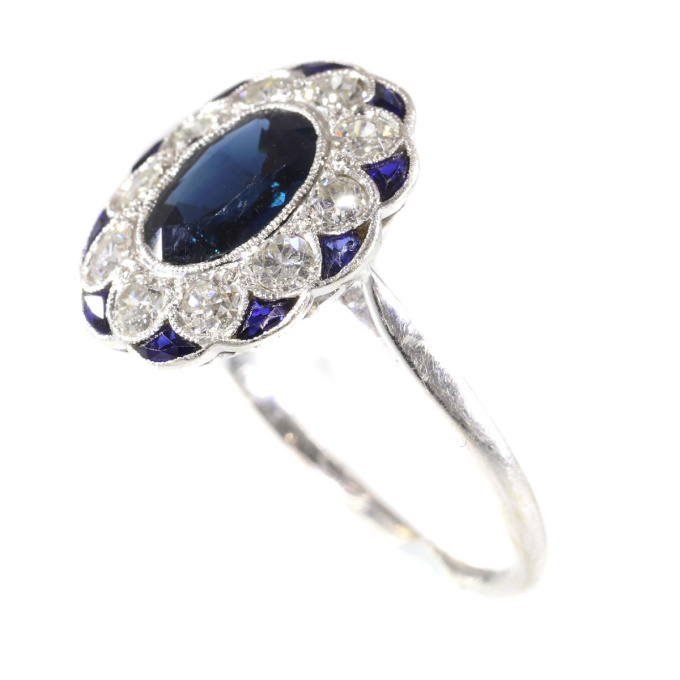 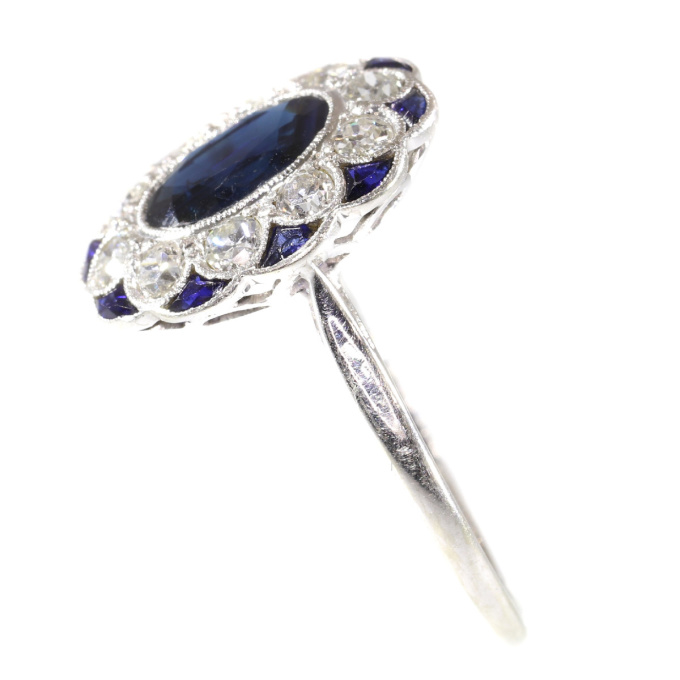 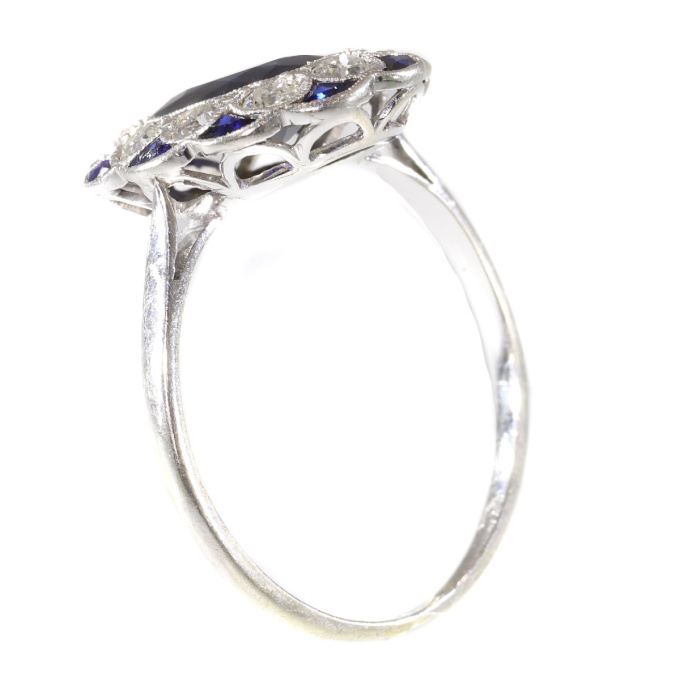 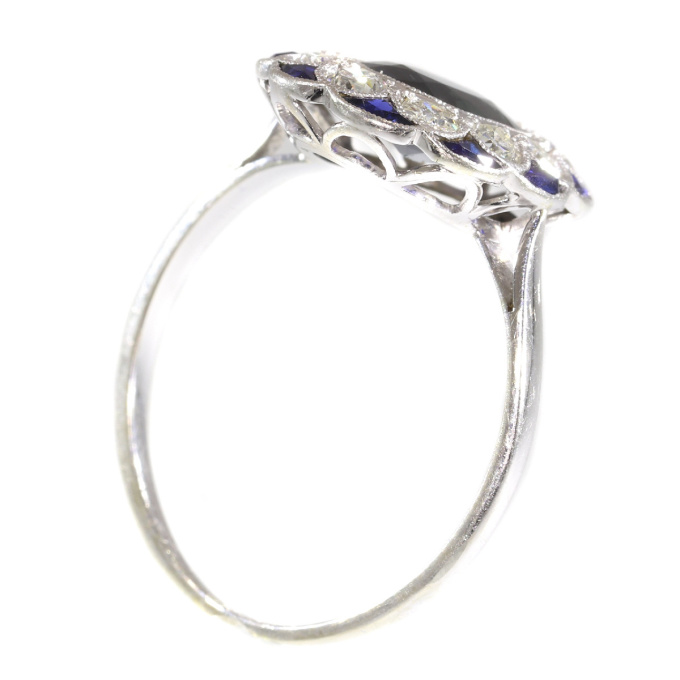 Precious stones: One natural sapphire with an estimated weight of ± 2.20ct.
Treatment: most probably heat treated. Colour enhancement by heat treatment of ruby and sapphire is an accepted technique as long as it is mentioned by the seller.