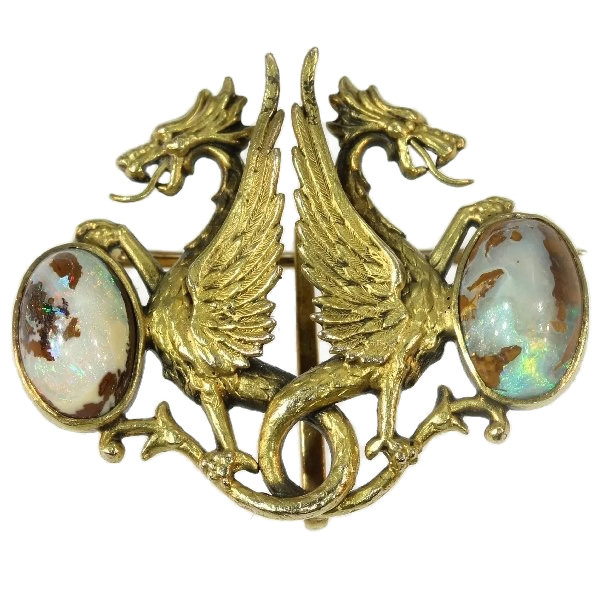 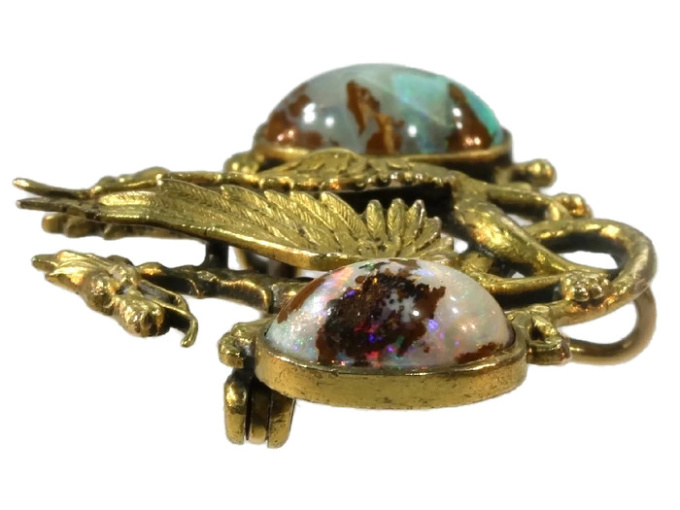 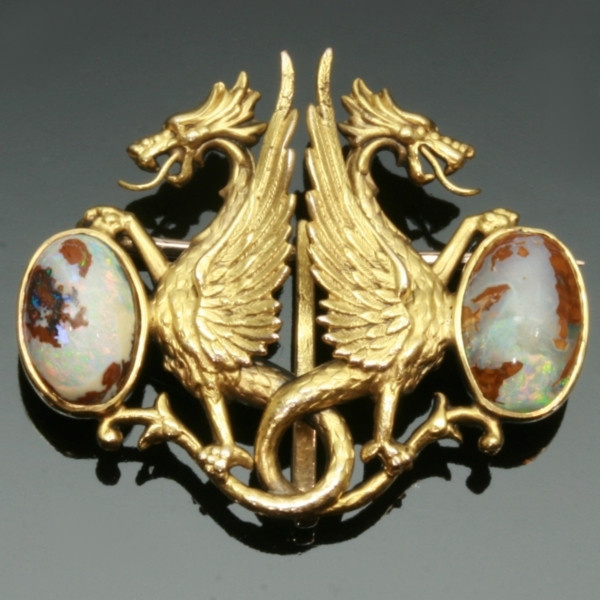 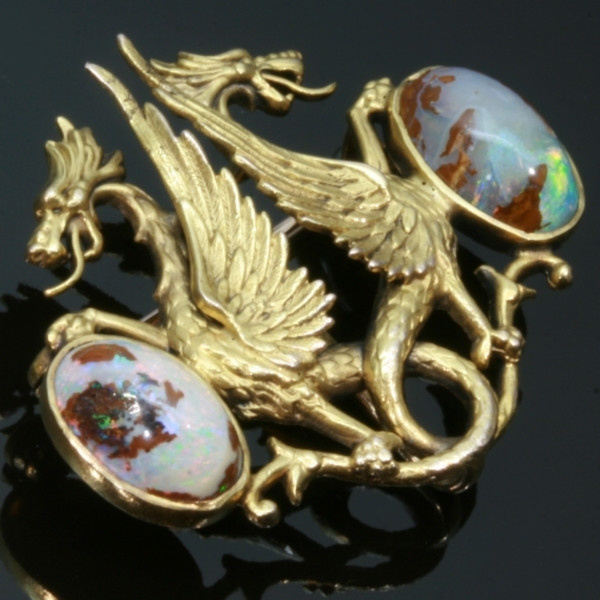 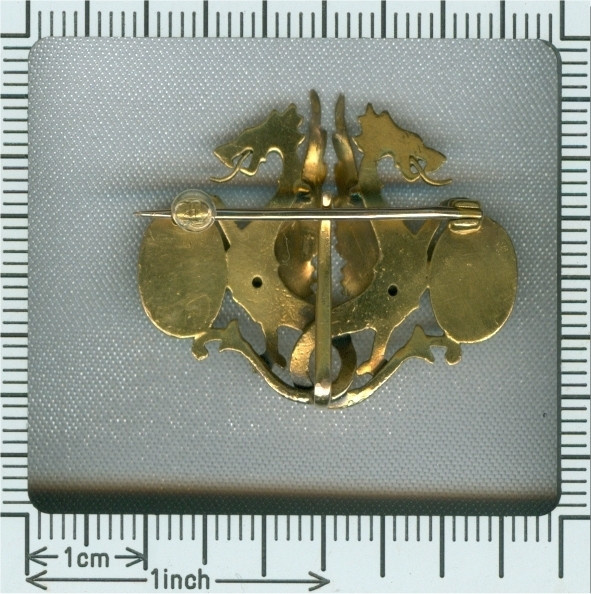 As is typical for these fantastical creatures, two griffins take on a guarding posture with their hissing lion heads and clawed eagle hindquarters to protect the two cabochon cut opals in this 14K yellow gold Victorian brooch from 1890. Opposing each other and yet entangled by their tails, it's clear that these fighters will empower you during every challenge.

Art Nouveau is an approach to design according to which artists should work on everything from architecture to furniture, making art part of everyday life.
-  See also: late-Victorian, early Art Nouveau, eclecticismor more info on styles

Theme: Two griffins, back to back, each garding their egg. Griffin - The griffin, a strange and legendary creature,usually represented as being part eagle and part lion (and occasionally part serpent). As the lion was traditionally considered the king of the beasts and the eagle the king of the birds, the griffin was thought to be an especially powerful and majestic creature.

Griffins are normally known for guarding treasure. In antiquity it was a symbol of divine power and a guardian of the divine. Most contemporary illustrations give the griffin forelegs like an eagle's legs with talons, although in some olderillustrations it has a lion's forelimbs; it generally has a lion's hindquarters. Its eagle's head is conventionally given prominent ears; these are sometimes described as the lion's ears, but are often elongated (more like a horse's), and are sometimesfeathered. The griffin motif is found in sculpture of the ancient Babylonians, Assyrians, Persians, and Romans; in beast allegories of the early Christians; and in Gothic architecture of the late Middle Ages. The griffin remains common in heraldy,representing strength and vigilance.

Extra information:At the back there is a big hook on which a pendant, watch or end of long chain can be attached to.

Birthstones: Opal is the birthstone (or month stone) for October.
-  (more info on birthstones)

Hallmarks: remains of a 14K mark
-  (more info on hallmarks)