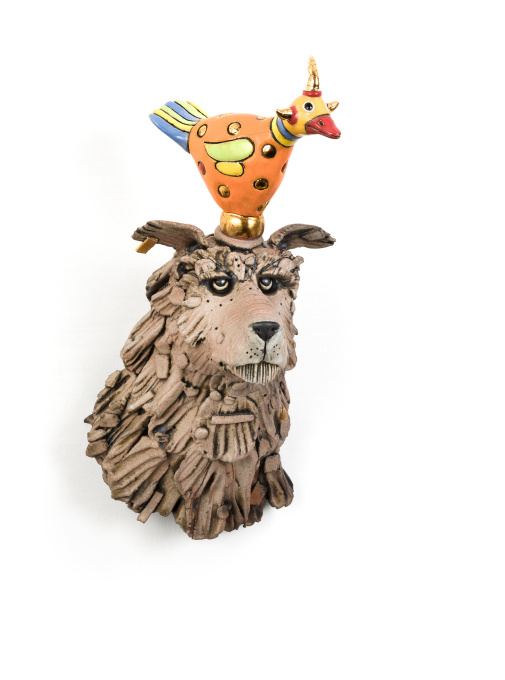 Peter Hiemstra was born in 1954 and is currently working as a fantastic ceramist. His figures, often resembling family members of bears, rabbits and dogs, don't ever fail to make a viewer smile. Standing in upright position and dressed in colourful clothing , they blur the line between humans and animals.

At second glance, his figures might seem not as innocent as imagined. A deeper, dark layer becomes clear: do these animals imitate humans, or are they humans behaving like animals? In this way, Hiemastra not only questions the behaviour and beliefs of humanity, but he also ridicules it. He studied at the Minerva Academy in Groningen, The Netherlands.