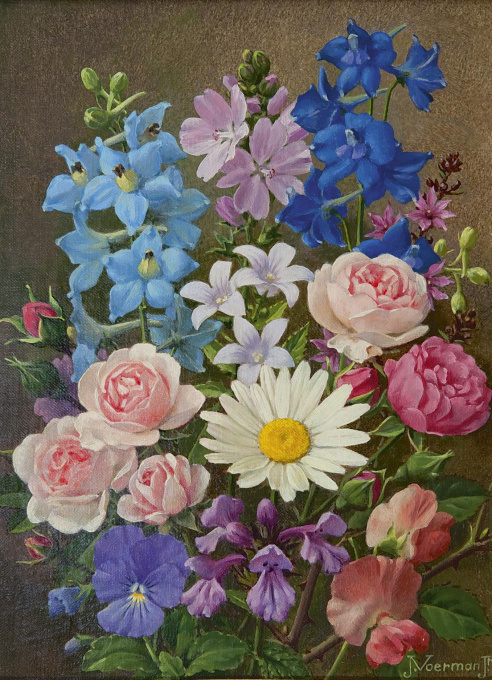 Jan Voerman jr. was born in Hattem, The Netherlands, on January 23, 1890. He went down in history as a Dutch litographer. In 1905 Voerman received his first commission from his grandfather, Verkade, for the Verkade company. In collaboration with artists Ludwig Wenckebach and van Oort and author Jac. P. Thijsse, he worked on a series of drawings for Verkade, displayed in 25 albums. Because of the beginning of World War II, this collaboration came to an end. In 1923 Jan Voerman had a marriage to Hetty Mansholt, after which he moved to Overveen. It was in this city when he became an established litographer. In 1932 he moved to Blaricum.

Works of Voerman can be seen in the Voerman Museum in Hattem, The Netherlands.