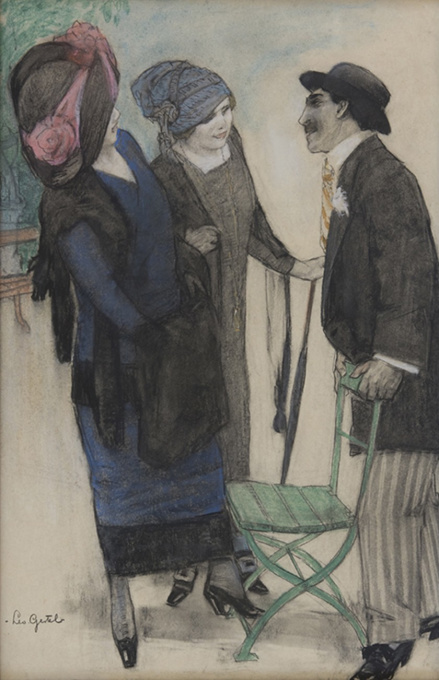 Conversation in the park 1910