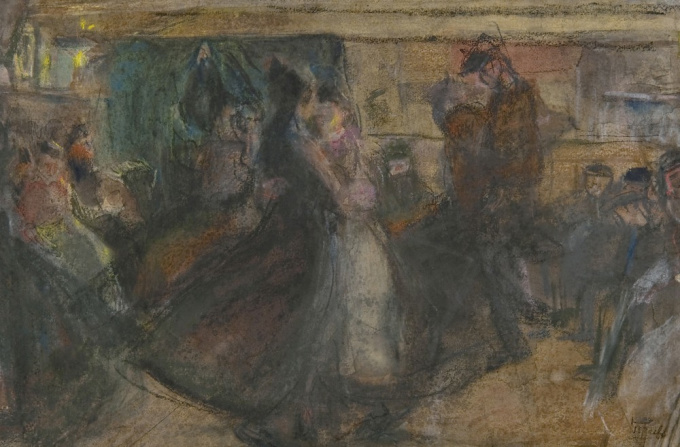 Isaac Israels, together with George Hendrik Breitner, was the leading representative of the group of Amsterdam Impressionists. He painted fragments of life he chanced across in the capital’s shopping streets, coffee houses and café-chantants, where busy urban living was played out. In a few apt charcoal lines or quick, spontaneous brushstrokes, with subtle colour accents, he captured everything he saw. Israels also painted beach scenes at Scheveningen and was an adept portrait artist. In 1903 he settled in Paris for several years.