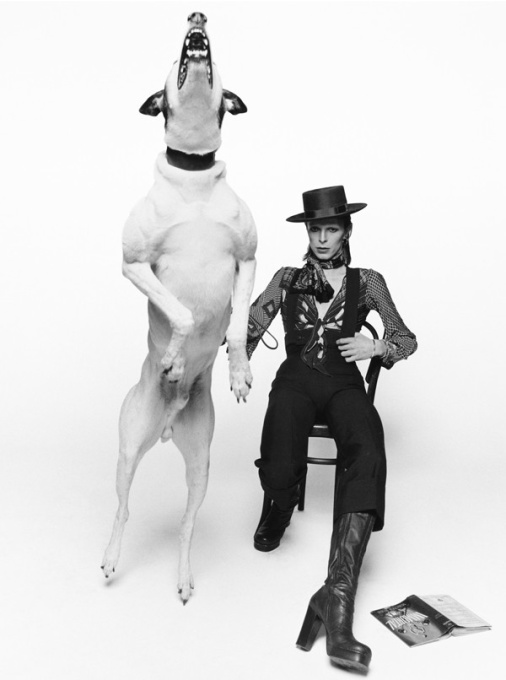 One of the famous images of David Bowie, posing with a great dane, in a studio in London for the cover of his album Diamond Dogs (for which another image was chosen - also available).