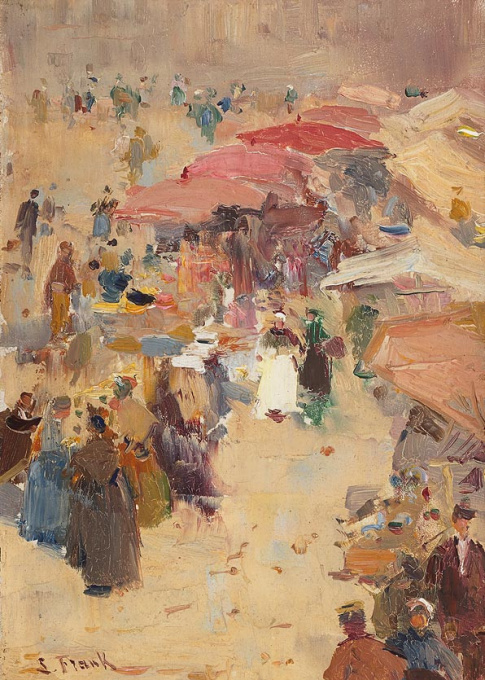 Lucien Frank (1857-1920) was a Belgian painter who was born in Bruxelles and schooled in France. While he had not received an academic art education, Lucien was probably schooled by French painter Charles-François Daubigny. He is said to have known Edouard Manet personally. Frank preferred to work 'en plein air' and was attracted to a small village in Belgium called 'Ohian', where he worked for multiple years. Soon after, Frank became interested in the Dutch and Belgian coasts. Later in his career, Lucien painted his best known works, with vibrant cityscapes and figures on markets in his own, fresh style.