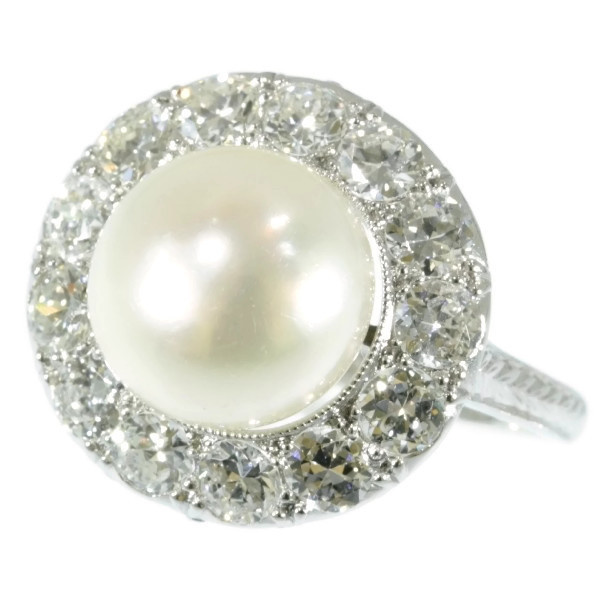 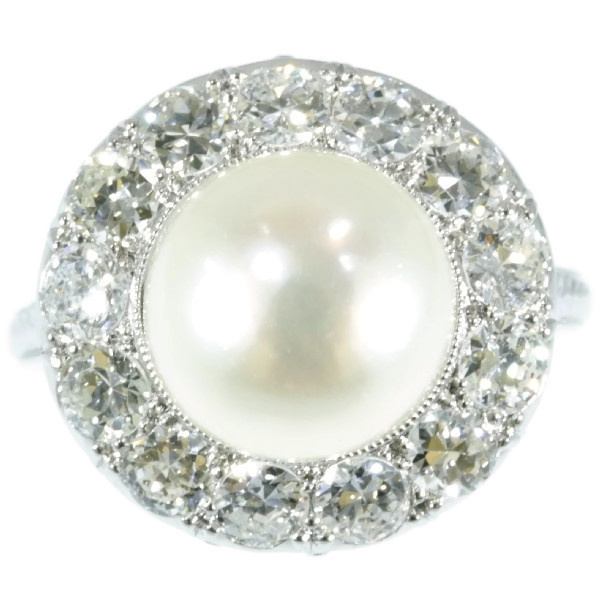 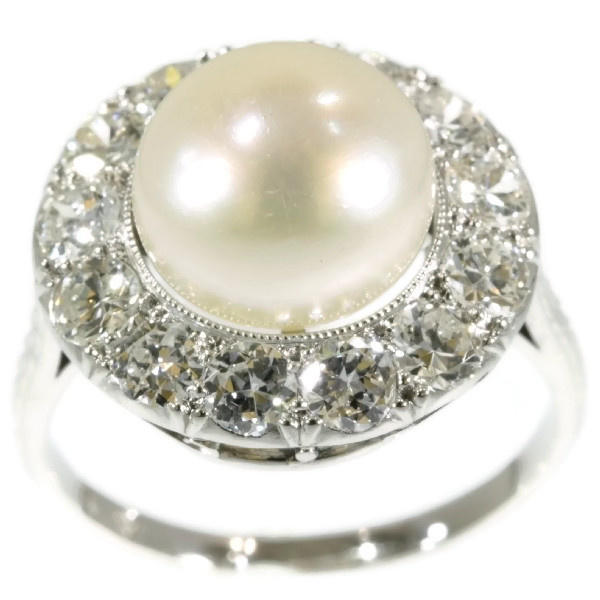 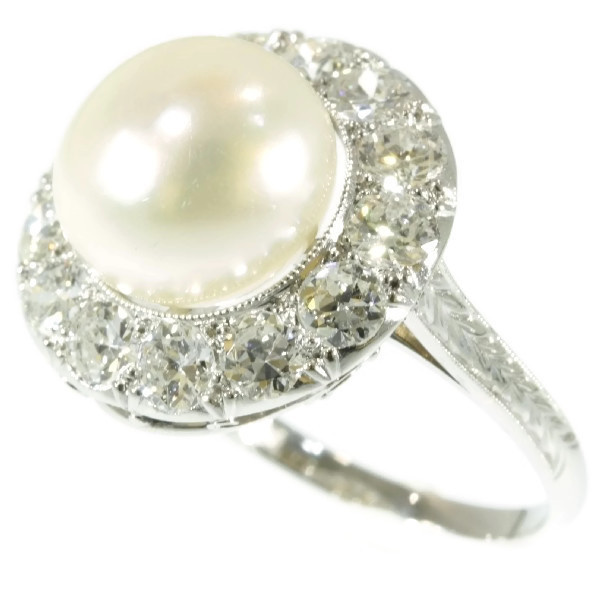 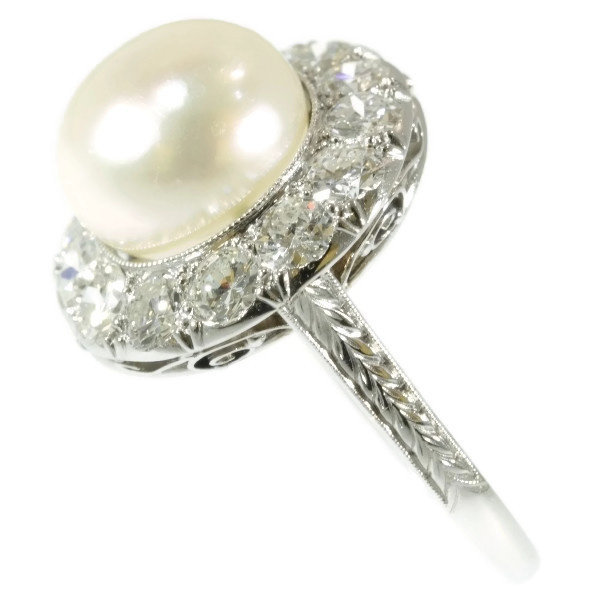 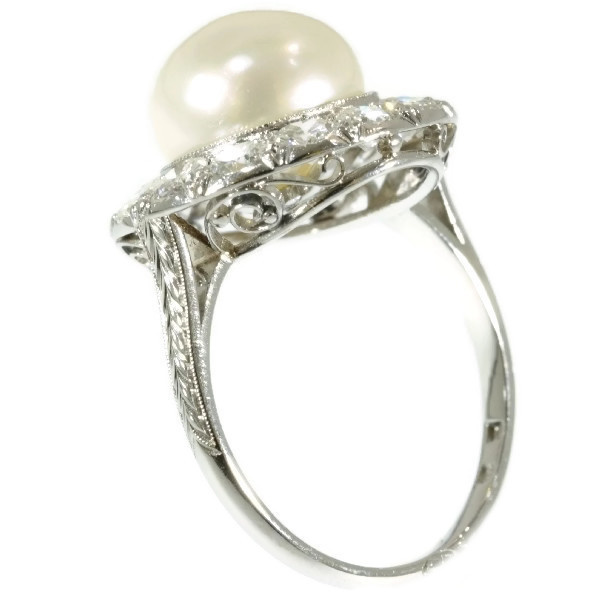 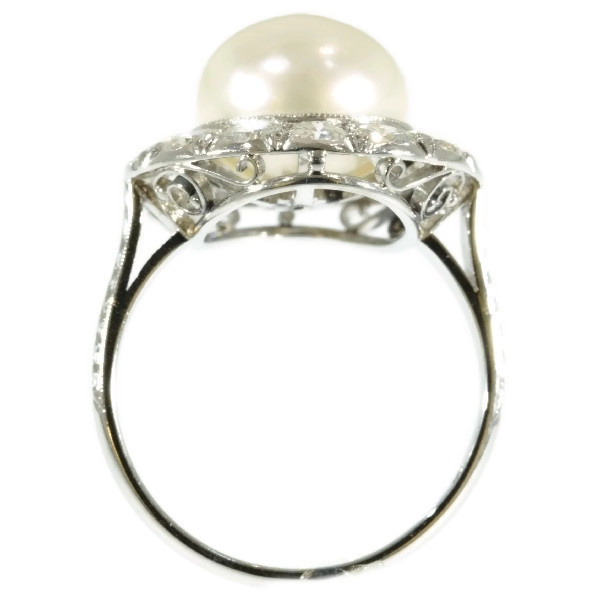 No need to be superstitious about the 13 old European cut diamonds surrounding the grand pearl of this platinum Estate ring from 1930. The rainbow glaze of the pearl, the bright radiance of the diamonds and the swirls of joy in the delicate base willshield you from all of life's misfortune.

Diamonds: 13 old European cut diamonds with a total estimated weight of approx. 1.82 crt. (approximate color and clarity H/I vs/si)
Note: All diamond weights, color grades and clarity are approximate since the stones were not removed from their mounts to preserve the integrity of the setting.

Hallmarks: One hallmark "M" and another mark "P", we do not know what these marks stand for.
-  (more info on hallmarks)