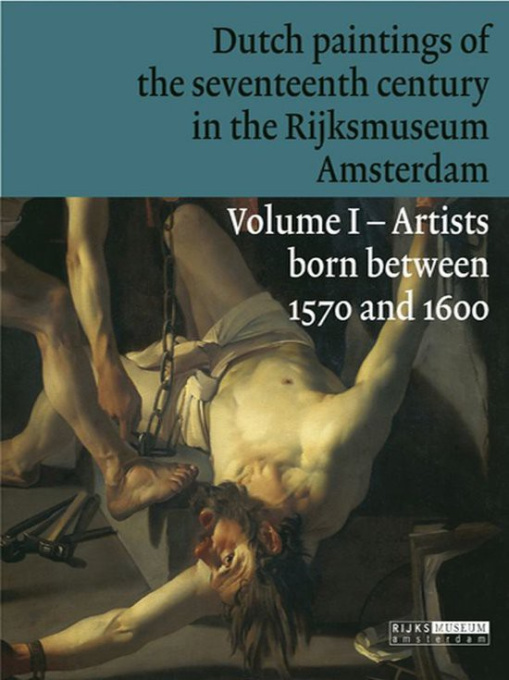 Dutch Paintings of the Seventeenth Century in The Rijksmuseum, Amsterdam. Volume I; Artists born bet 2007

" With more than 2,000 works, the Rijksmuseum has the world's largest and most representative collection of paintings from the Dutch Golden Age. The first in a projected series of four scholarly catalogues of the seventeenth-century Dutch paintings, this volume includes 445 works by such masters as Hendrick Avercamp, Balthasar van der Ast, Hendrick ter Brugghen, Pieter Lastman, Pieter Saenredam and Esaias van de Velde. Some painters are represented by a substantial group of important works: Jan van Goyen (14), Frans Hals (11), Gerard van Honthorst (16), Michiel van Mierevelt (30), Paulus Moreelse (8) and Adriaen van de Venne (20). An up-to-date biography has been provided for each of the approximately 100 painters whose work is represented in this volume. The paintings present a great variety of styles and subjects. In addition to recording the results of the stylistic and iconographic research that has been undertaken, the complete known provenance of each painting has been given for the first time. All the paintings in this catalogue underwent technical examination in order to ascertain the techniques and materials used and the condition of the works. Not only the masterpieces have been researched and described, but works by more minor artists as well, resulting in a comprehensive overview of the dawn of seventeenth-century Dutch art. All of the paintings are reproduced in colour, many of them in fullpage illustrations, in a separate volume, with numerous details and an appendix of photographed signatures."