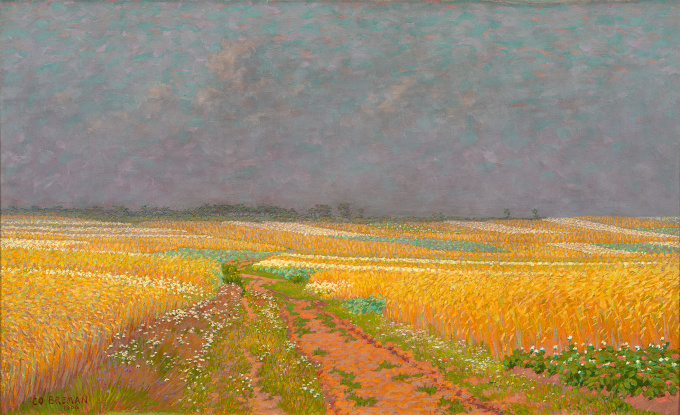 Co Breman was born in the city of Zwolle in 1865.
He was a Dutch mural painter, graphic, decor painter, painter and designer.
Bremen started with decorative paintings and later started painting landscapes and figures.
He married Lizzy Schouten with who he had a studio.
Bremen worked from 1885 until 1938 in Holland but also in Paris and Brussels.
He was a member of the Saint Lucas association and the Arti et Amicitae in Amsterdam, the Gooische painters club "The Ten".
Co Breman died in Laren in 1938.