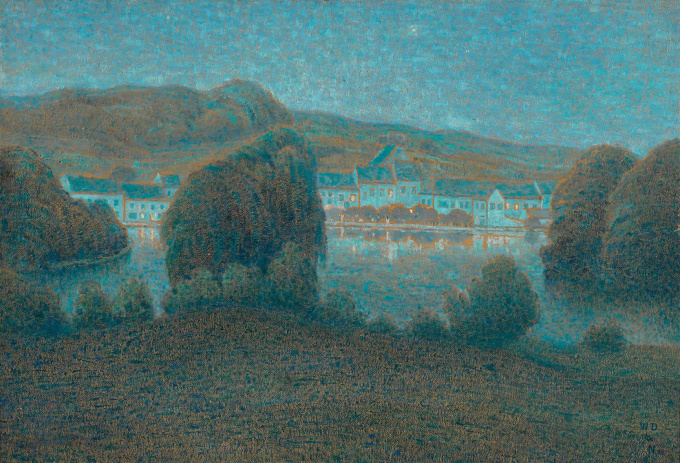 In his landscapes, Degouve wanted to depict the inner: his temper and mood, often melancholic or gloomy, were reflected in his landscapes. With his use of muted colours and simple forms, Degouve painted serenity, loneliness and sobriety.