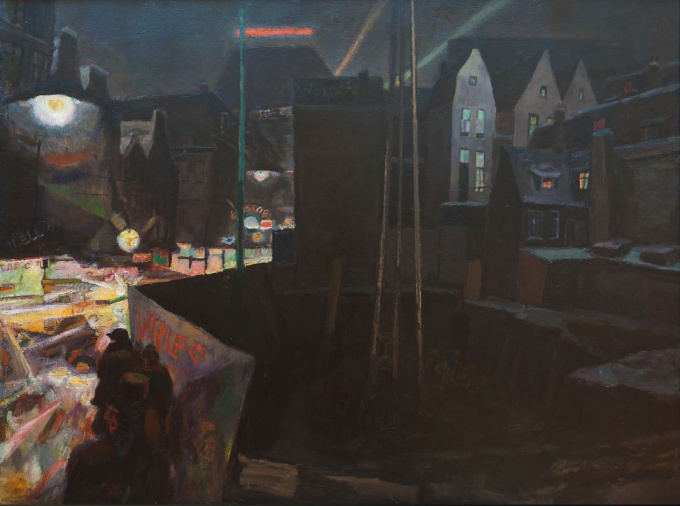 In the extensive oeuvre of Jan Sluyters cityscapes are quite rare.
In his entire career he painted Amsterdam, -the city he loved so dearly -, only a few times.
After his return from Paris in 1906 he settled permanently in Amsterdam.
He had a special intrest in nocturnal Amsterdam and his excavations, this painting is a good example.
The difference between the electric illuminated area and the darkness of the pit on the other side divides the painting diagonally in half. The darkness on the right absorbs all forms but the harsh artificial light has the same effect.
By painting the Leidseplein this way Jan Sluyters not only managed to paint the town itself but also the atmosphere and the spirit of Amsterdam.