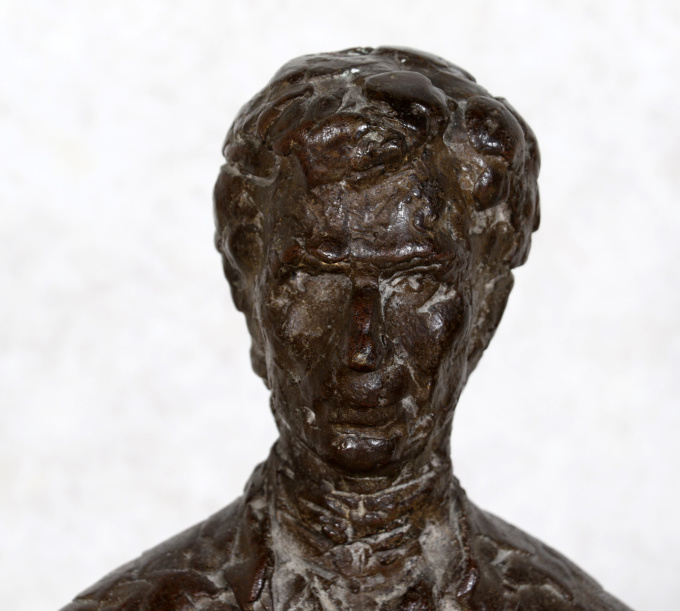 Pieter D'Hont is a Dutch sculptor born in Hilversum in 1917. His father was carpenter and in his workshop D'Hont created a passion for craftwork. He became a pupil of Willem van Kuilenburg, Willem van Leusden and Jan van Uffelen. Afterwards he attended the Rijksakademie van Beeldende Kunsten in Amsterdam. Here he was a pupil of Jan Bronner, who later became a good friend. He was the official sculptor of Utrecht and best known for his statue of Anne Frank.

During World War II there where not a lot of commissions so D'Hont focussed on portraits. In his atelier he hid Marius van Beek from the Germans. After the war he married painter Anneke Jansen who he divorced again in 1956. He became a member of the Utrechtse Genootschap Kunstliefde and the Nederlands Kring van Beeldhouwers. He was commissioned by several big companies such as RIVM and SHV to create the reliefs of their buildings. He worked together with Arie Teeuwisse on the commission of RIVM.

In April 1997 he was appointed knight of the order of the Dutch Lion. Later that year he passed away in Utrecht.