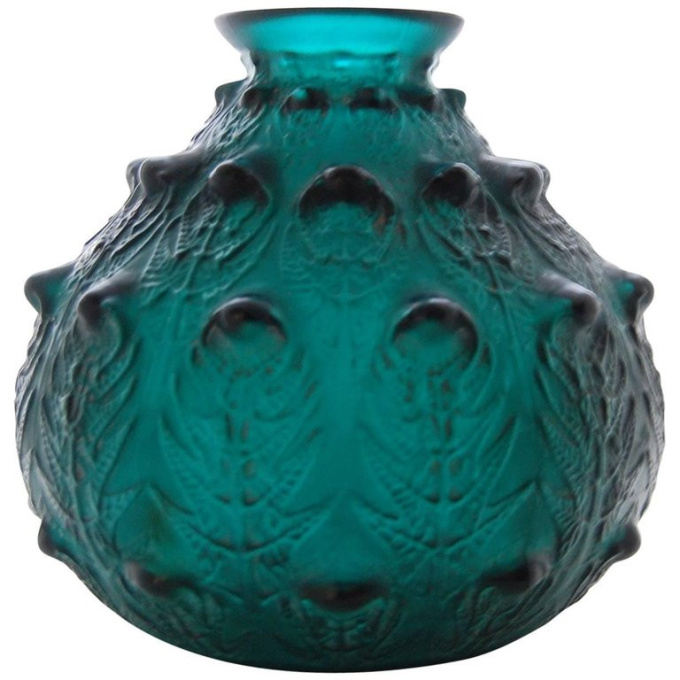 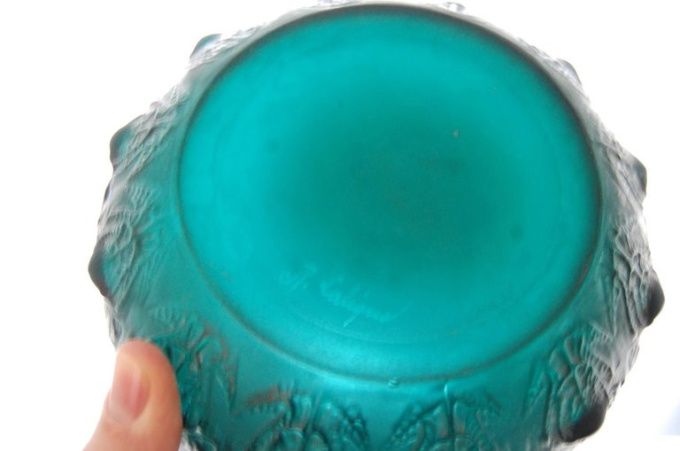 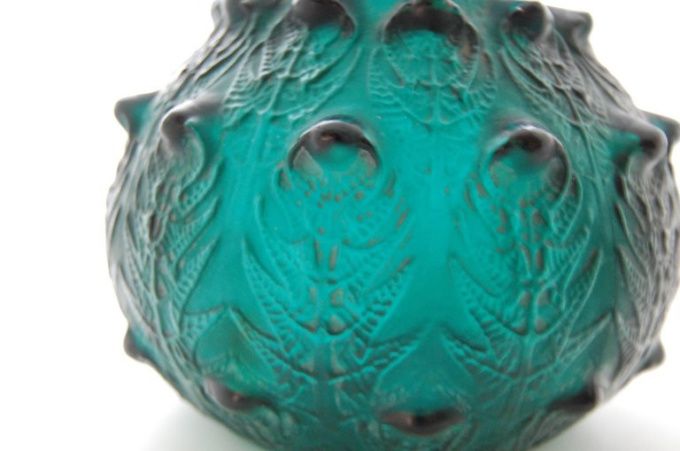 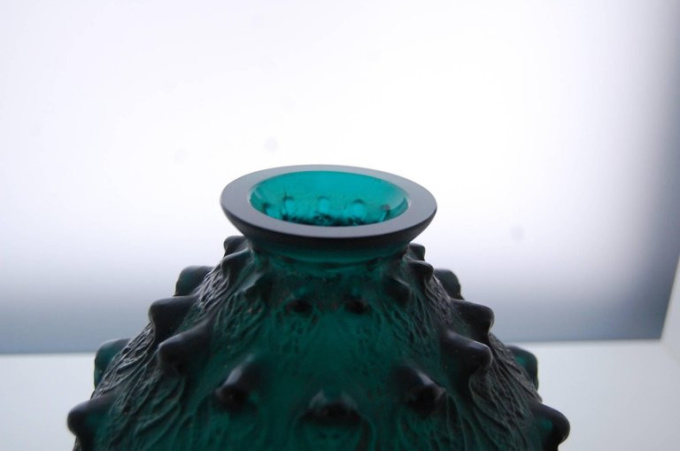 This great rare quality vase is in excellent condition. The deep green color gives the form and decoration its Classic beauty. The piece is blown with pressed air and handfinished and etched. Its engraved ‘R. Lalique’ and also signed in the mold which dates this piece before 1920.