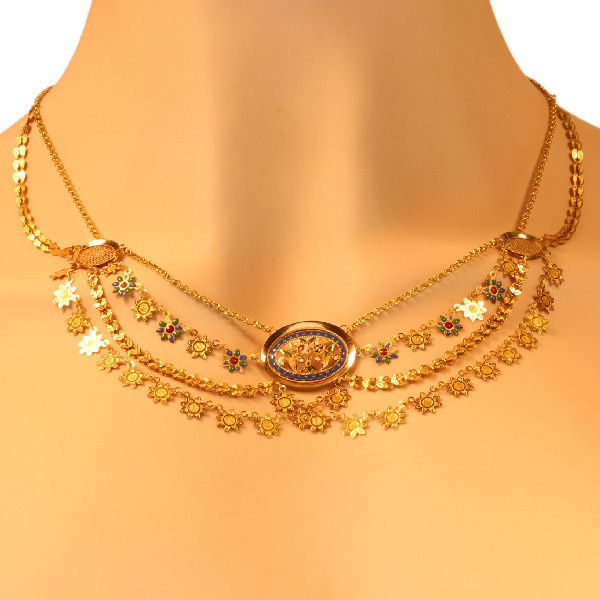 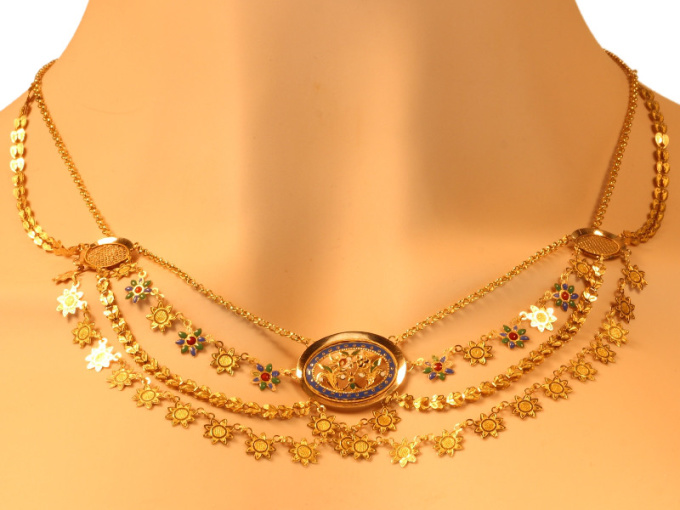 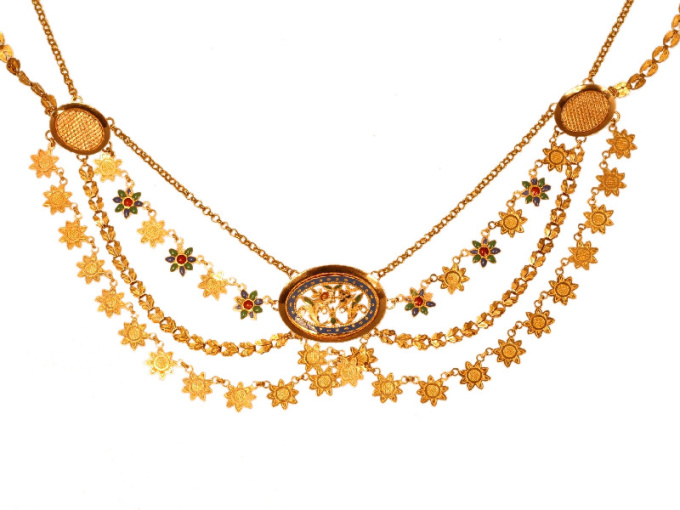 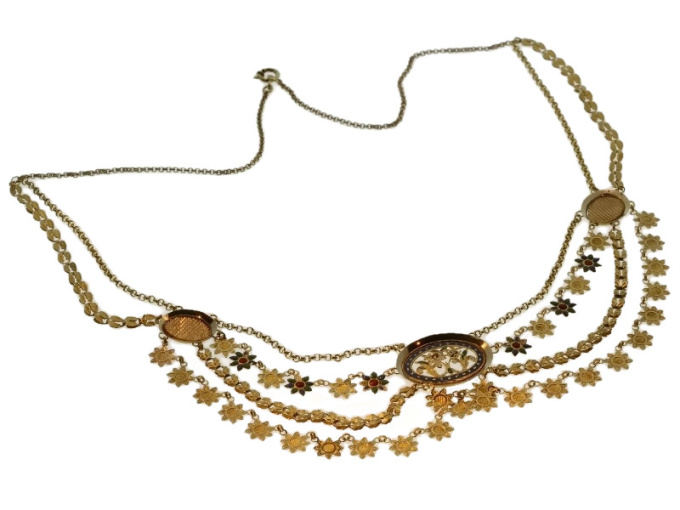 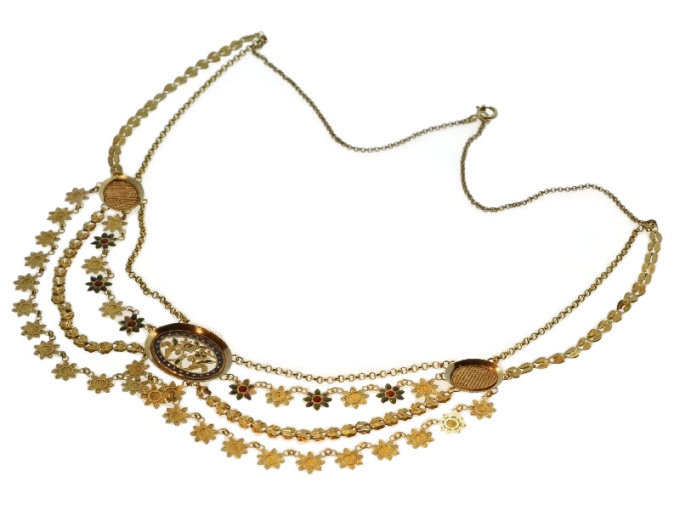 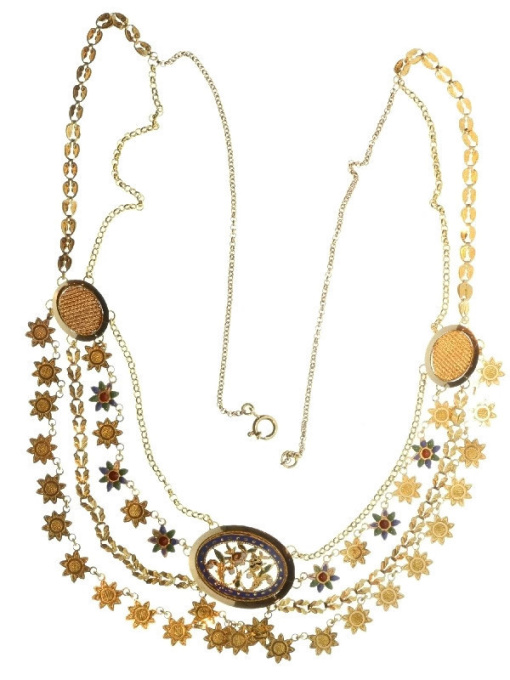 Style: Empire - The Empire style, sometimes considered the second phase of Neoclassicism, is an early-19th-century design movement in architecture, furniture, other decorative arts, and the visual arts followed in Europe and America up to around 1830. Thestyle originated in and takes its name from the period when Napoleon I ruled France, known as the First French Empire, where it was intended to idealize Napoleon's leadership and the French state. The style corresponds to the Biedermeier style in theGerman-speaking lands, Federal style in the United States and to the Regency style in Britain. An earlier phase of the style was called the Adam style in Great Britain and "Louis Seize" or Louis XVI, in France.
-  See also: Empireor more info on styles

The type of enameling is typical for the city Bresse in France, hence the name Bresse Enamel.

Extra information: Collier d'esclavage- Esclavage is French and literally it means slavery. We'll leave it to your imagination to give an interpretation to this naming. It is a type of necklace composed of three or more chains or strings of beads or jewels in which thechains or strings hang approximately equidistant from each other. They were worn in Normandy as peasant jewelry in the mid-18th century. Such jewels were in many regions of France the most beautiful jewel offered by the bridegroomto his bride the day of their wedding. The definition of 'collier esclavage' appears for the first time in the 'Dictionnaire de Trévoux' in 1752. This necklace knows a very large geographical diffusion. In Normandy thegold pieces were often engraved. A collier d'esclave is an extremely rare article to find and we are proud to be able to offer one here.

Hallmarks: The French hallmark depicting a rooster's head which was used in France for 18K gold around 1810.
-  (more info on hallmarks)