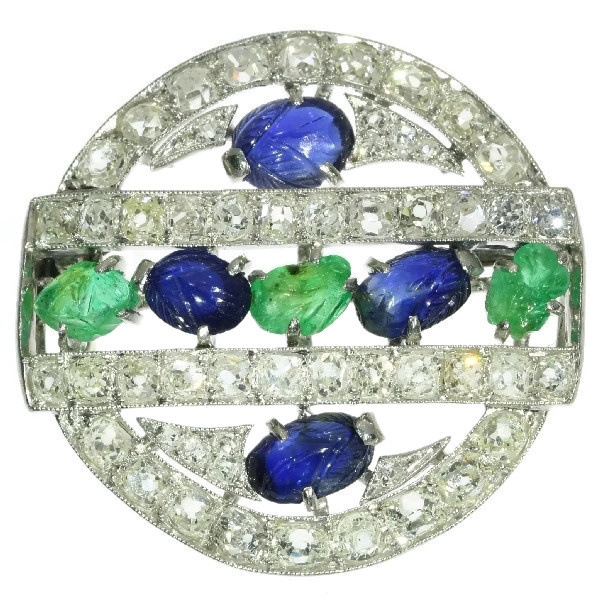 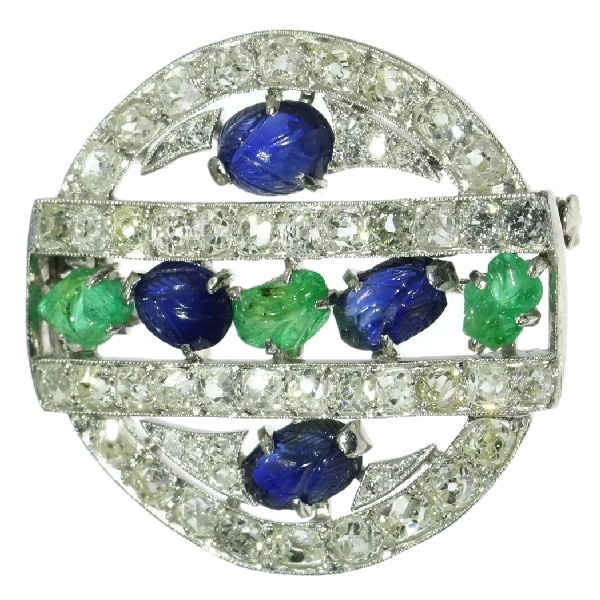 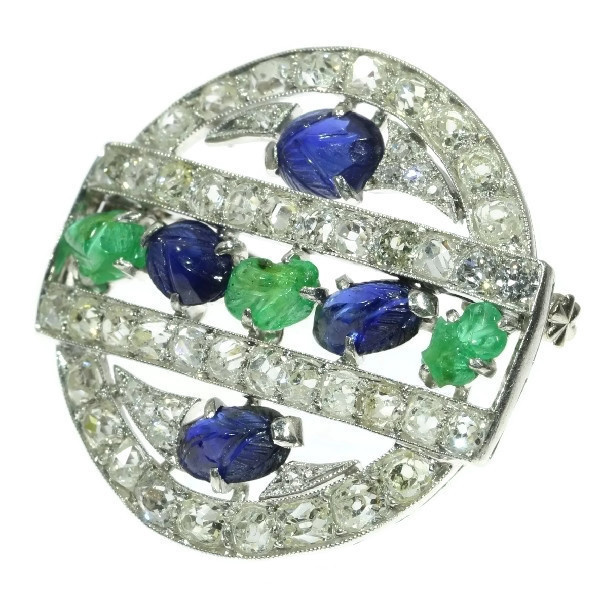 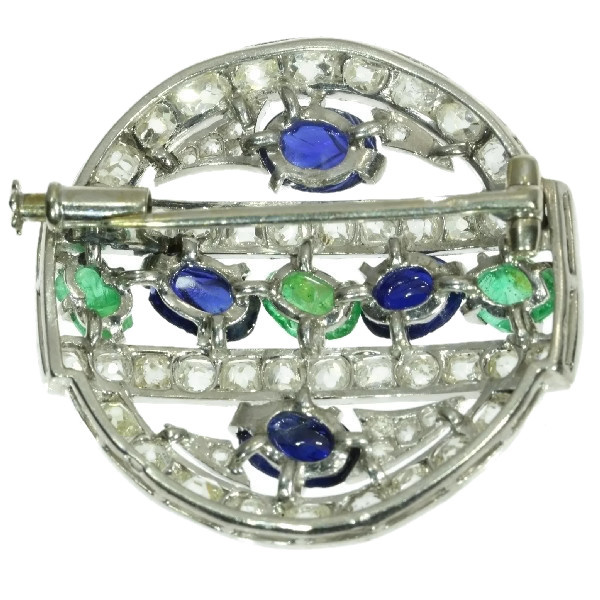 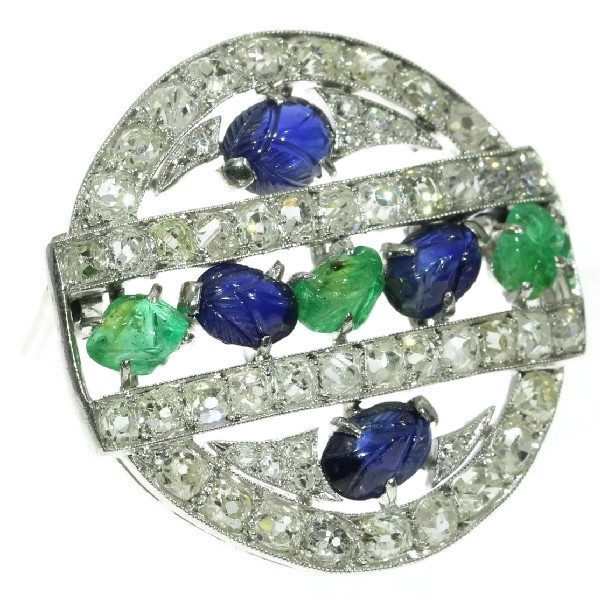 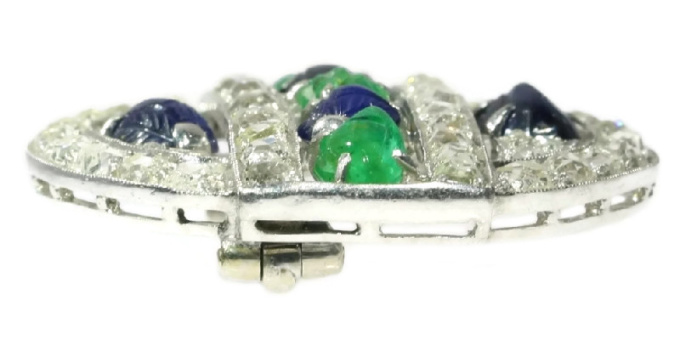 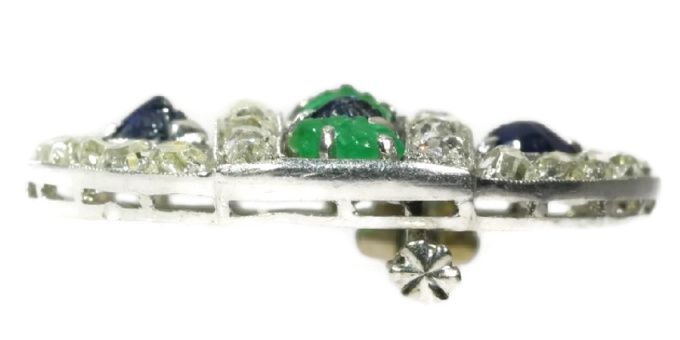 Material: The brooch is in platinum and the pin in 18K white gold (as normal in that era and hallmarked as such)
-  (more info on precious metals)

Extra information: Tutti Frutti - Jewelry like this, set with brightly colored gemstones polished as leaves are called "Tutti Frutti jewelry". The first Tutti Frutti piece was a necklace commissioned by Queen Alexandra and designed by Pierre Cartier in 1901. Tutti Fruttijewel designs are considered to be a perfect mix of East and West because they are made up of brightly colored gemstones (like sapphires, rubies and emeralds) carved using Indian techniques and set in French platinum and diamond mountings.The stylebecame extremely popular during the 1920's, but it wasn't named 'Tutti Frutti' until 1970.

Birthstones: Diamond is the birthstone (or month stone) for April, sapphire for September and emerald for May.
-  (more info on birthstones)

Makers mark: The makers hallmark is eligible although we think we recognize the letter C as part of this hallmark.

Hallmarks: The French control marks representing an eagle’s head (that was in use in France from about 1838) next to the dog's head which is the official French hallmark for jewelry containing or made of platinum and that has been used since 1912..
-  (more info on hallmarks)