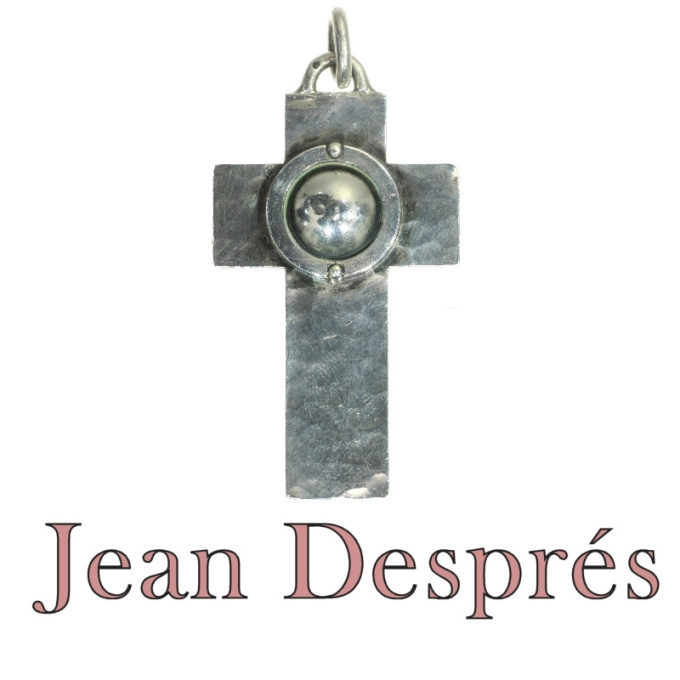 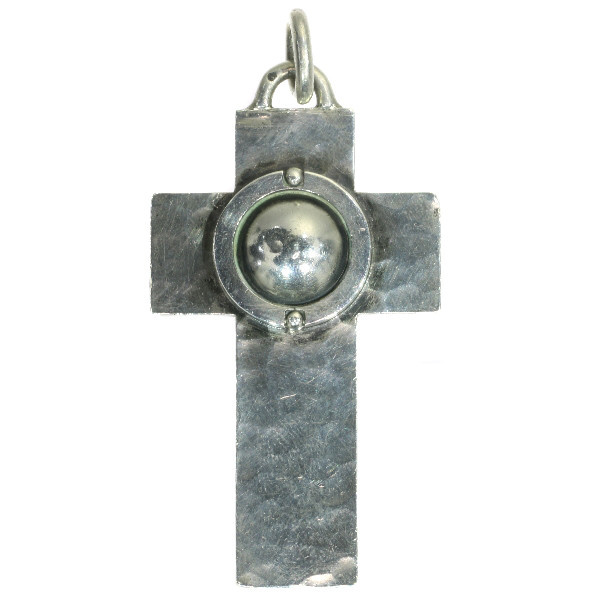 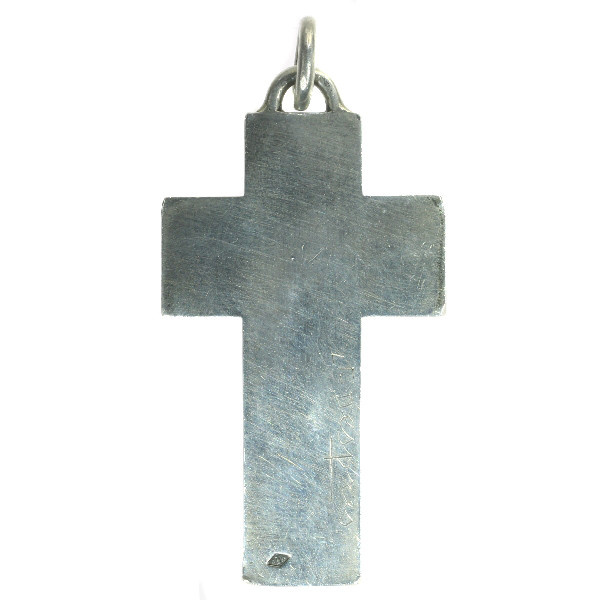 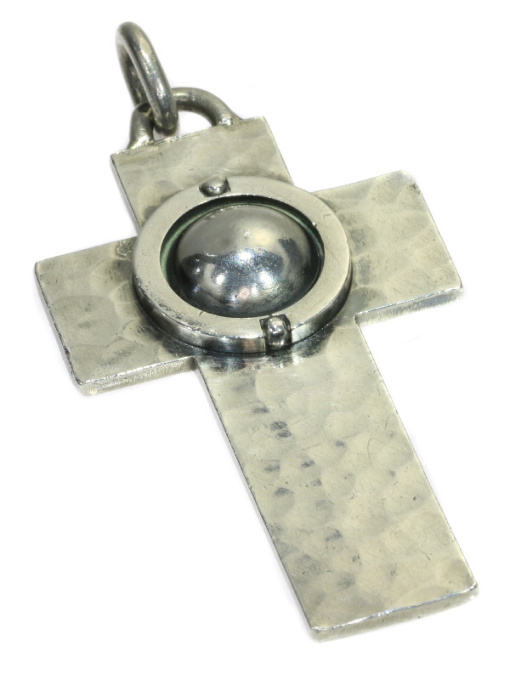 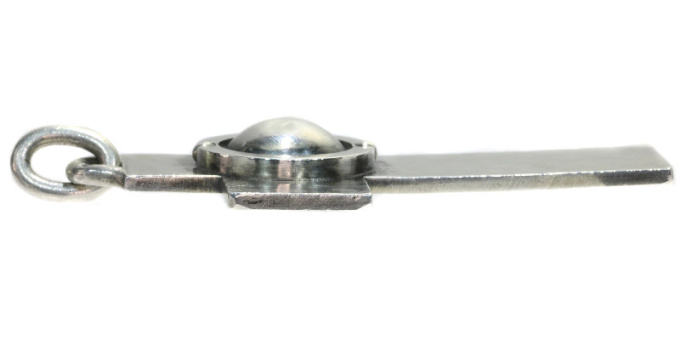 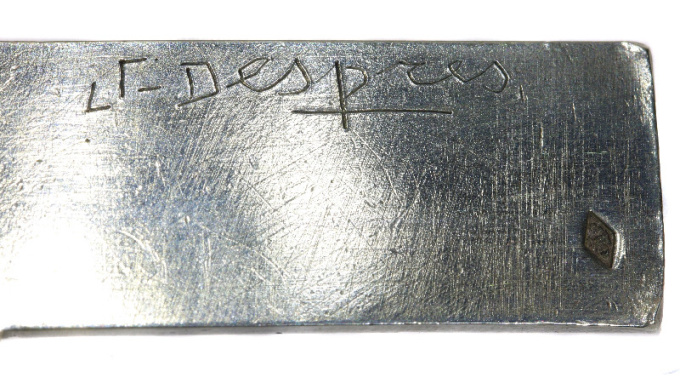 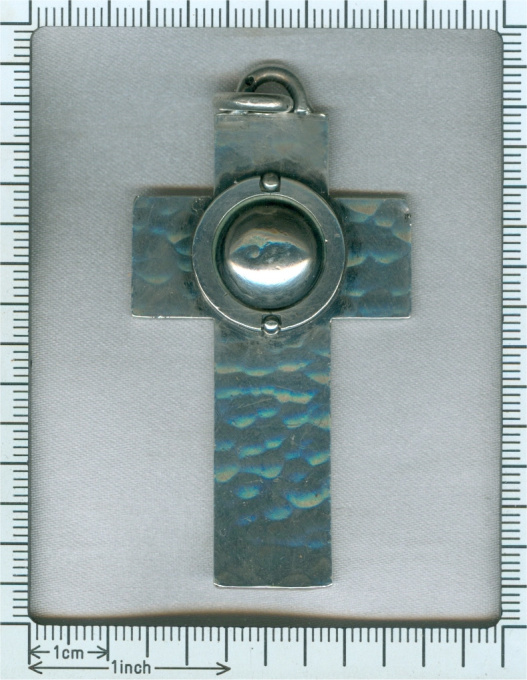 Style: Although most people would call this style Art Deco it is more considered to be a product of the fifties of the Twentieth Century. Strongly influenced by Art Deco but also by the Retro style. That to most people this is Art Deco is no coincidence as both Retro style and Fifties style are the style successors of Art Deco.or more info on styles

Style specifics: This type of jewelry is very specific for the fifties of the twentieth century. The Art Deco period preceded only 20 years and was still used as source of inspiration, it is (even for the trained eye) sometimes very hard to note the difference betweenArt Deco and Fifties.

Extra information: Jean Després - Jean Després was an Art Deco jewelry designer whose name has come to stand for the most dynamic of 20th-century styles. This definitive celebration of his work will delight new admirers and seasoned connoisseurs alike.

Capturing the streamlined, modern aesthetic of the age of the machine and transforming it into objects of great beauty, Després has always been the jeweler of choice for informed collectors and insiders: Josephine Baker was an early admirer, andAndy Warhol’s collection was sold at Sotheby’s, New York in 1988.

As a young man, Després came to know avant-garde artists in Paris, including Léger, De Chirico and Braque. After the outbreak of war in 1914 he worked on the industrial design of aeroplanes, and he transferred this experience andinspiration into the jewelry business.

Després used geometric motifs in his designs, and in the 1930s embarked on a notable collaboration with the glass painter Étienne Cournault. Després went on to create a range of tableware and decorative objects in gold, silver andpewter, whose bold, industrial looks were uncompromisingly modern, yet always graceful and refined.

Many drawings and designs are reproduced here for the first time, showing Després’s creative process and, benefiting from a wealth of fine archive material, the original photographs are accompanied by a large number of new photographs takenspecially for the book.

From: Jean Després Jeweler, Maker and Designer of the Machine Age by Melissa Gabardi ISBN 9780500514788

Hallmarks: The French control mark representing a "crab" that was in use in France from 1838 and used for silver objects made in France with an alloy of 800/1000.
-  (more info on hallmarks)

Jean Després was a French jewellery maker and designer, known for his Art Deco jewellery made from semi-precious stones and enamel. Després was largely inspired by his friendships with avant-garde artists such as Georges Braque. Working for the government designing parts for aircraft during World War I, his jewelry became influenced by the materials and shapes he saw in the factories. Després’ works were collected and worn by celebrities such as Andy Warhol.