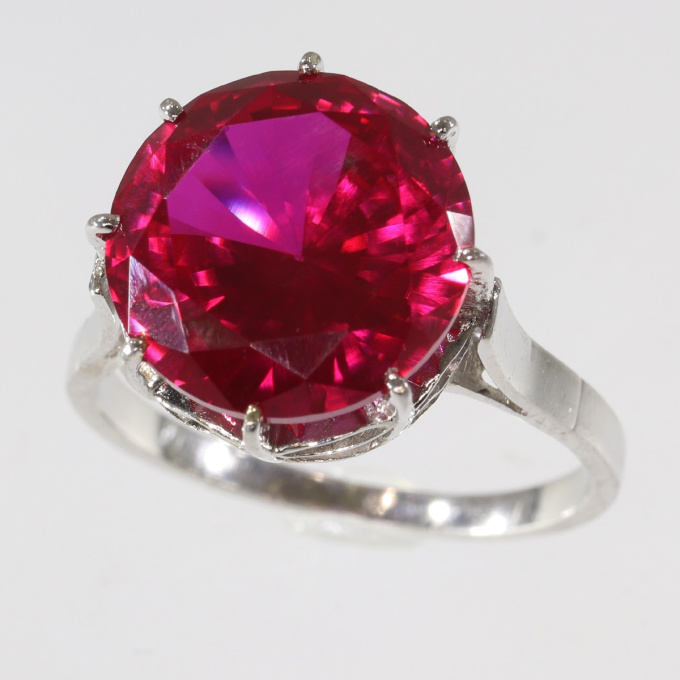 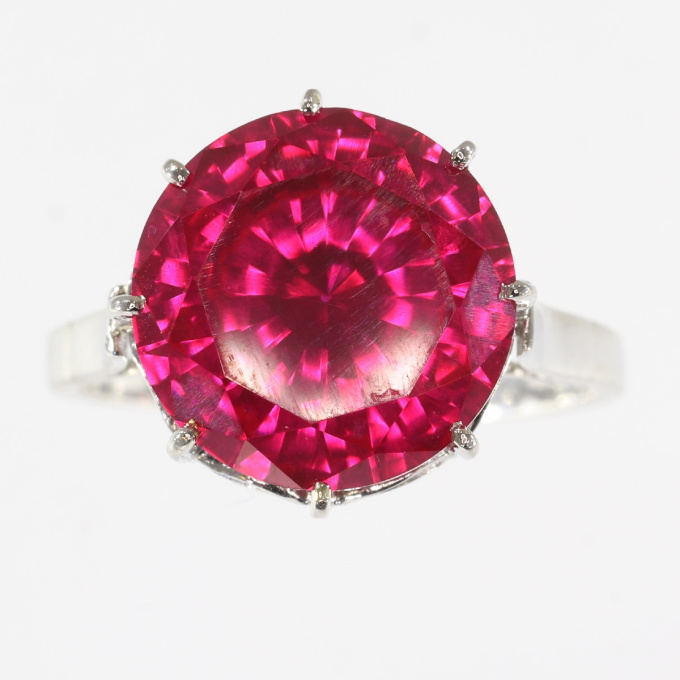 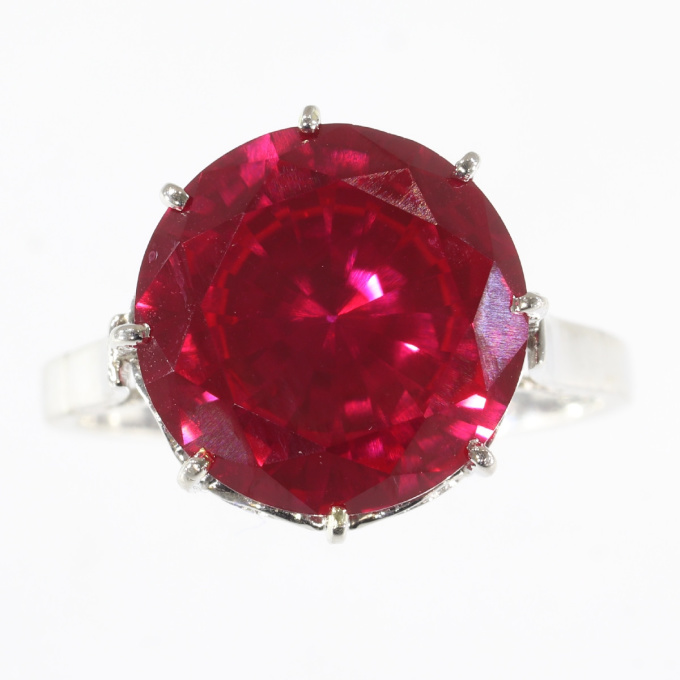 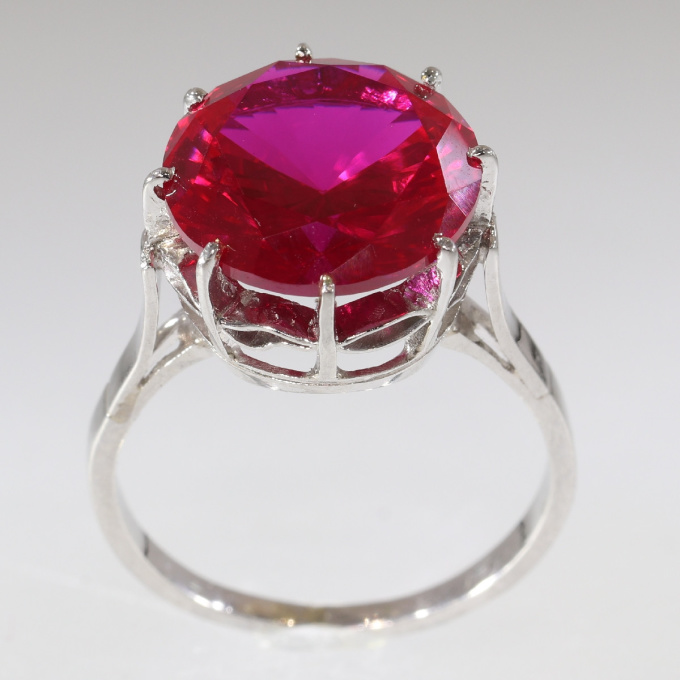 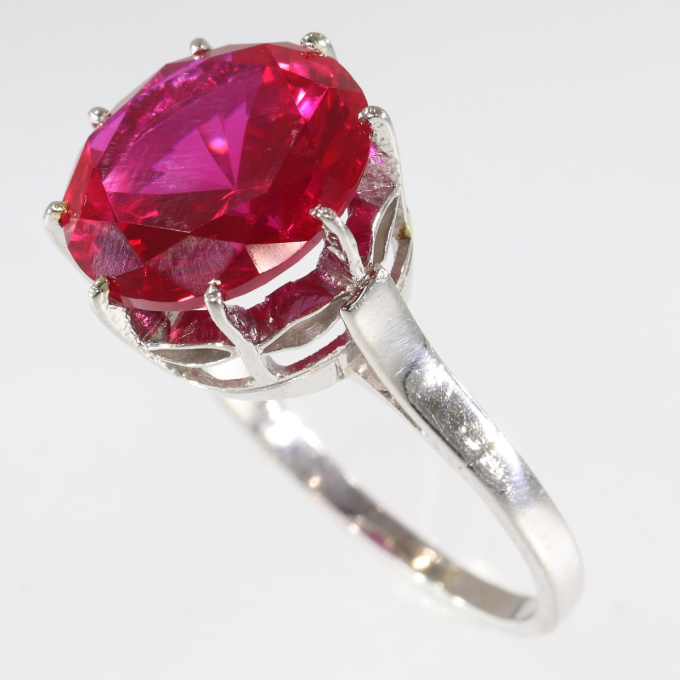 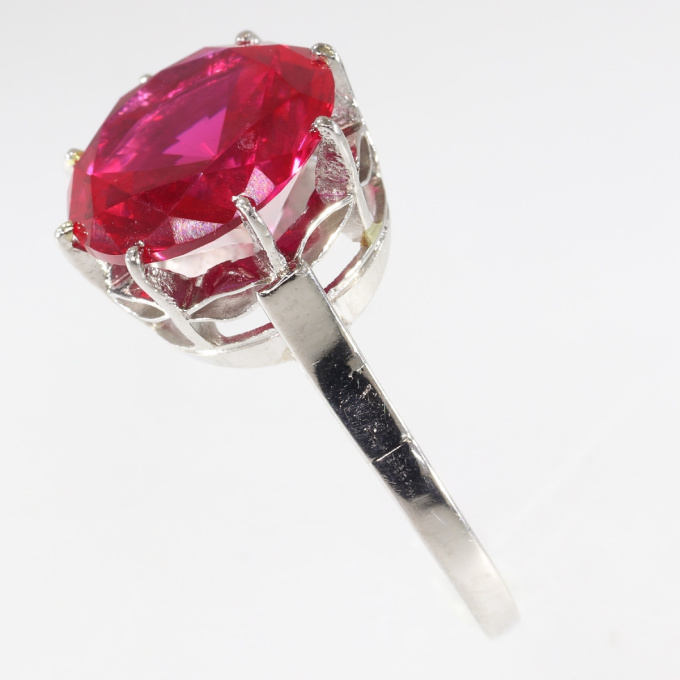 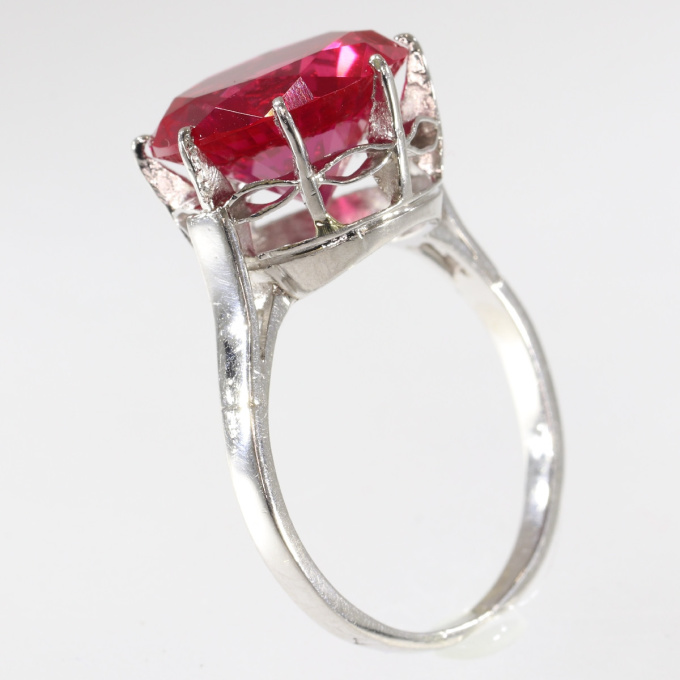 There is a very big chance that this is not the original stone to the ring. Rings like this were mostly special made for big diamonds. Somewhere in its lifespan the big diamond must have been replaced with this decorative stone.

Birthstones: Zircon is the birthstone (or month stone) for December.
-  (more info on birthstones)