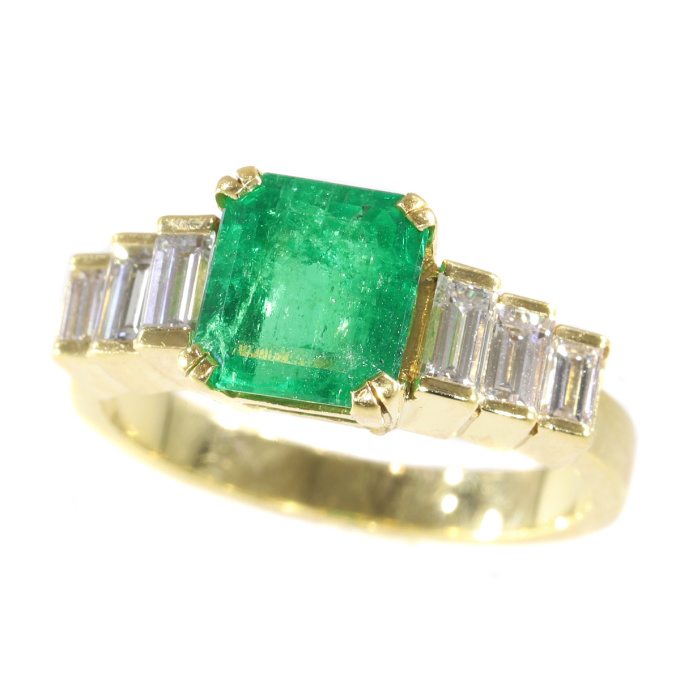 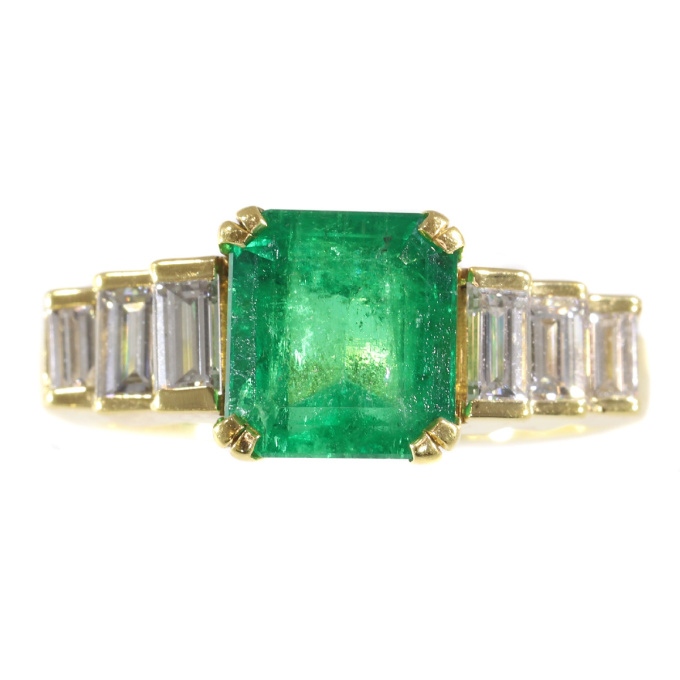 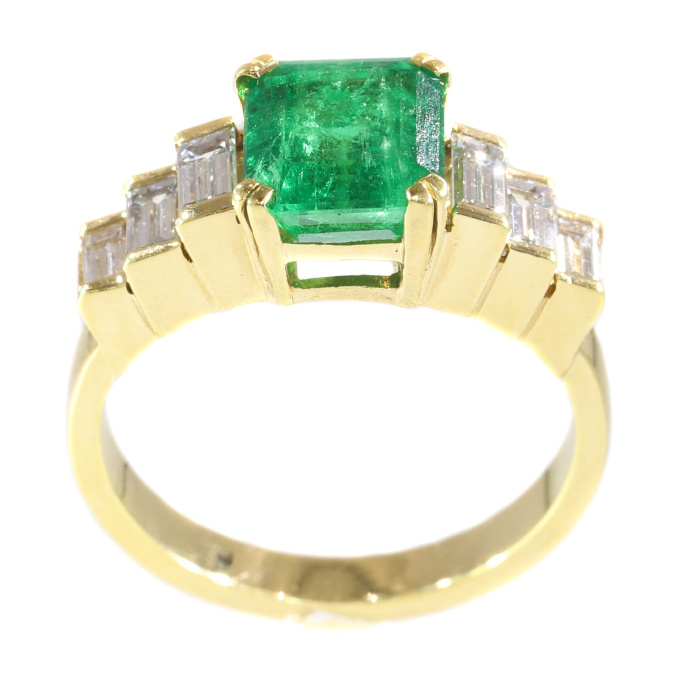 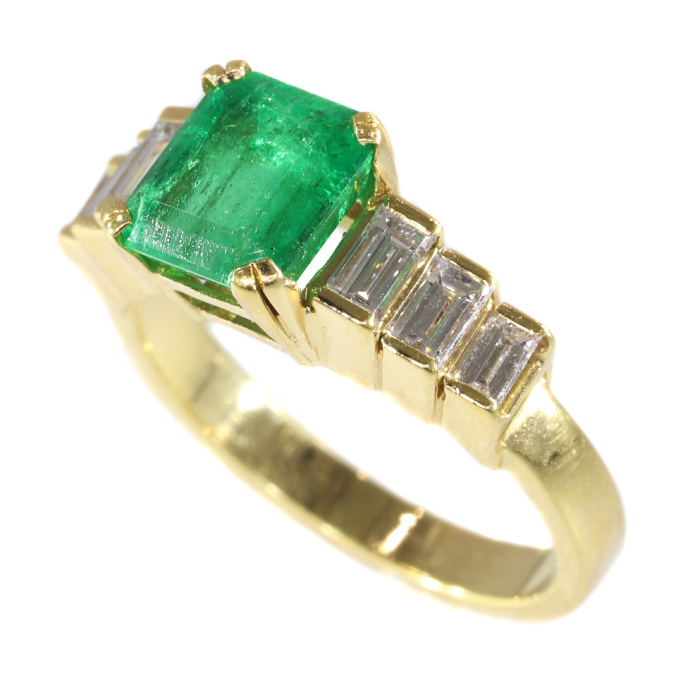 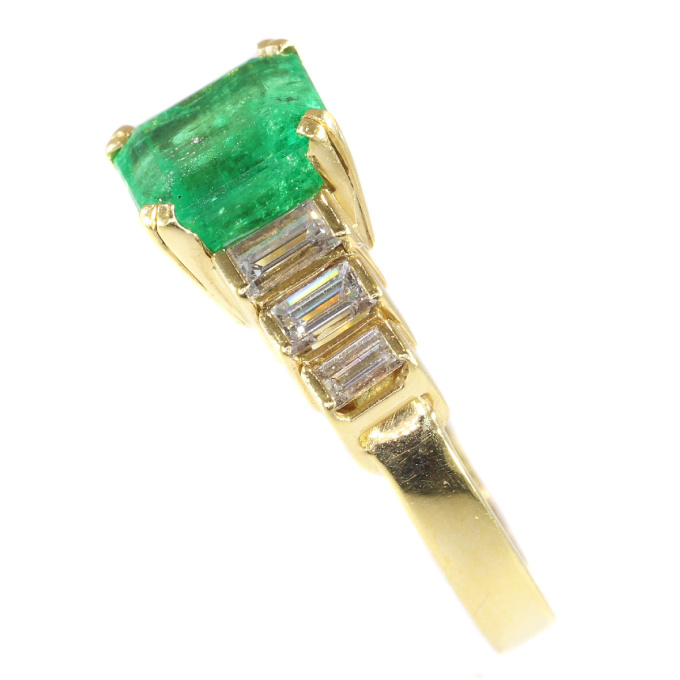 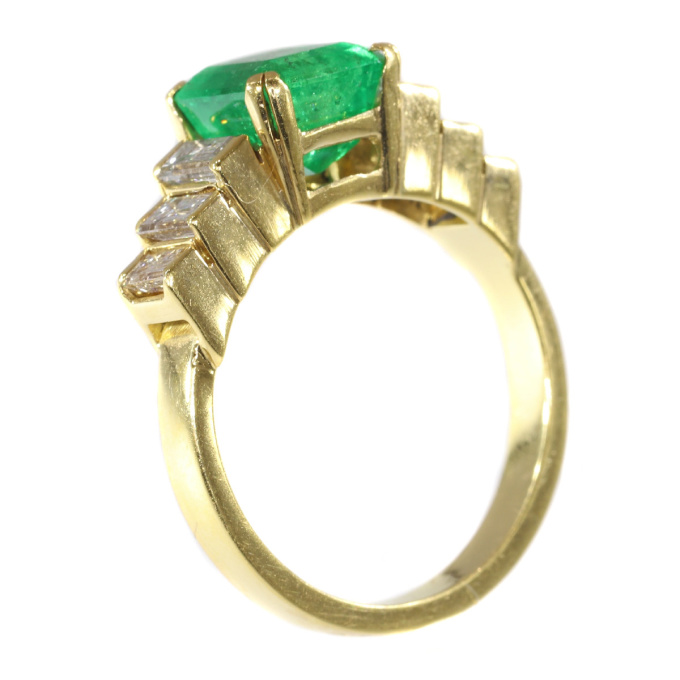 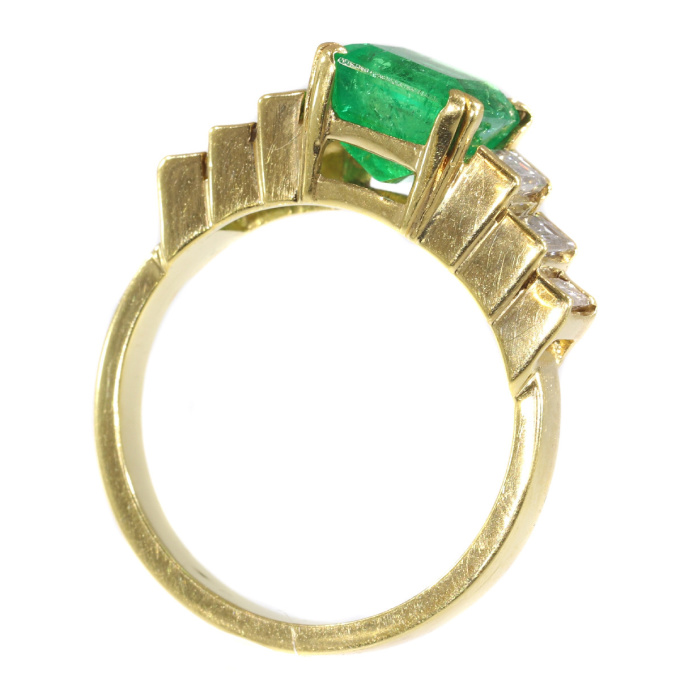 This 18K yellow gold French estate ring from the 1980's seems to have emerged from an exotic cascade with a grand square cut Colombian emerald of superb quality arising between six terraced baguette cut diamonds. With this gemmed force of nature aroundyour finger, you'll be as enticing as a divine nymph.

Diamonds: Six baguette (long rectangular) cut diamonds with an estimated weight of approx. 0.56 crt.
Note: All diamond weights, color grades and clarity are approximate since the stones were not removed from their mounts to preserve the integrity of the setting.