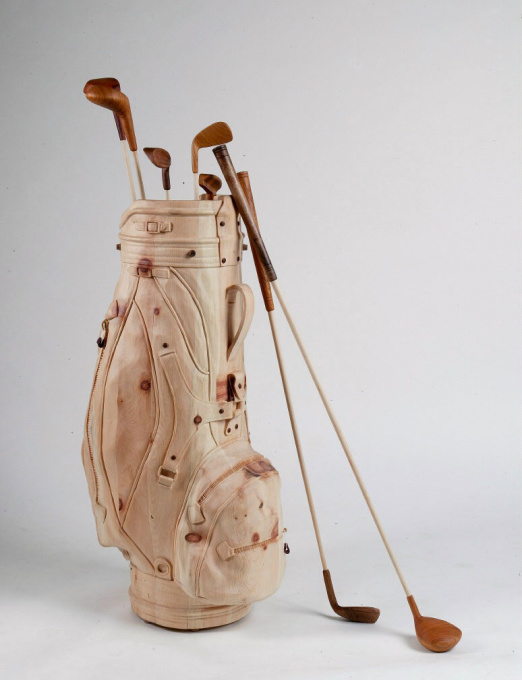 Livio De Marchi was born in Venice where, still a child, he worked on ornamental sculpture in the Venetian tradition in the workshop of a craftsman while he studied art and drawing at the "Accademia di Belle Arti" in Venice. His career starts there, displaying at once an astounding skill in molding materials, transforming them with wit and panache and creating sculptures with perfection of detail and spontaneity. During his artistic evolution he worked first in marble, then bronze, and eventually in wood. However, wood has always been his favorite material because it affords him a vitality which other materials do not.
Since opening his own studio, Livio De Marchi has allowed his fantasy to take wing. After a deep inner evolution, his ironical ability to "see" life got the upper hand, letting him carve his own unique sculpture. His artworks have been shown in cities all over the world including Milan, Florence, London, Paris, Düsseldorf, Zürich, New York, Los Angeles, San Francisco and Tokyo. They have also been acclaimed in a number of magazines such as Interior Design, Capital, Casa Vogue, Madame Figaro, Vogue, Hauser, Decoration, and more. Furthermore, his works have been the subject of many television features in several foreign countries.