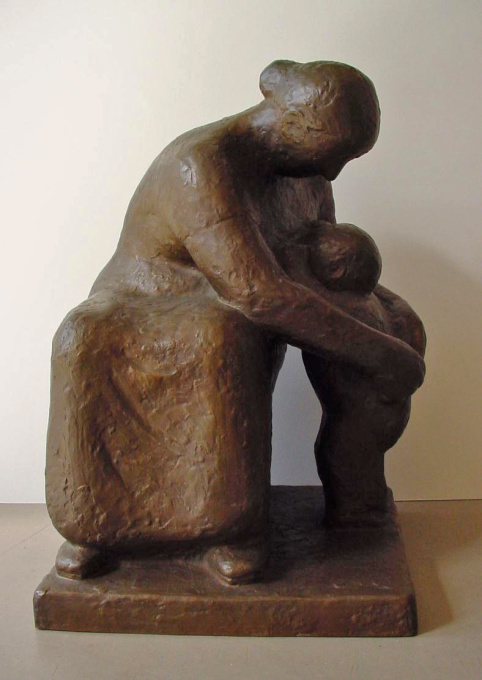 Han Wezelaar (1901, Haarlem – 1984, Amsterdam), full name Henri Matthieu Wezelaar, was a Dutch sculptor. Encouraged by the painter Herman Kruyder, he attended the Rijksschool voor Kunstnijverheid (State School for Applied Art) from 1918 to 1922. He was an important representative of modernism. Wezelaar lived and worked in Amsterdam (1918-1922), Paris (1923-1934), Amsterdam (1935-1940), Laren (1940-1945), Amsterdam (1945-1976). He was specialised in animals, figures, nudes, portraits. In 1925, he was the first pupil of Ossip Zadkine in Paris. Later he met, in the same city, Aristide Maillol, Charles Despiau and Adam Fisher, who all worked in a more classicist style. Soon thereafter, Wezelaar gave up Zadkine’s expressionistic way of sculpting. In Amsterdam, Wezelaar had two exhibitions in the Stedelijk Museum. His works were shown at the World’s Fairs in Brussels and Paris, and at the 1936 and 1938 Venice Biennials.