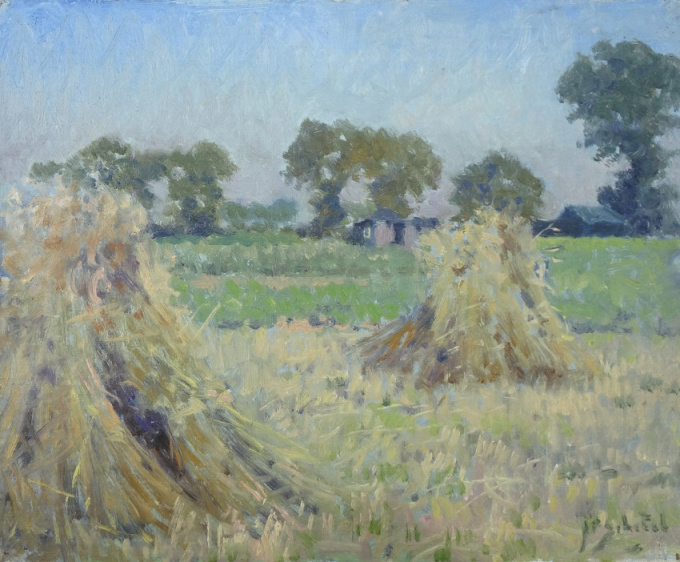 Oil on canvas laid down on panelMarouflage
27 ⨯ 33 cm
Sold

Antonie Pieter Schotel (Dordrecht, September 5, 1890 - Laren, 1958) was a Dutch painter. Schotel, descendant of the well-known marine painter Johannes Christiaan Schotel, wanted to be a painter from an early age. He started working in his father's marble sawmill. In 1901 he received his first and only painting lessons from Hermanus Gunneweg. According to his parents' wishes, he initially worked in the trade, until at the age of 25 he rented a studio on the Bomkade in Dordrecht. His favorite subject was the river and the ships on it. He was an impressionist. He left for Volendam in 1926; from 1929 to 1958 he lived in Laren. A greyish tone predominated in his first paintings. He was influenced by trips to France and by the Belgian painter Maurice Sijs (1880-1972), whom he met around 1920. From the beginning of his career, Schotel was known. His paintings of the Zuiderzee would bring him the greatest fame. In 2012 a retrospective exhibition of the work of Schotel took place in the Dordrechts Museum.