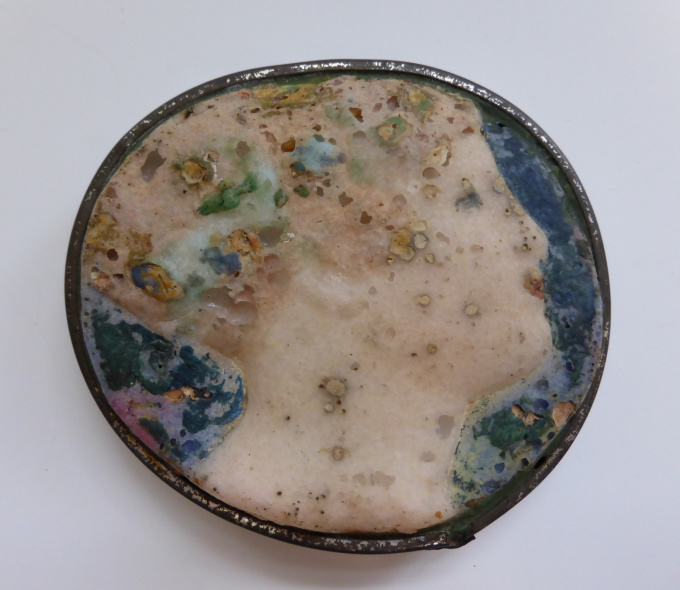 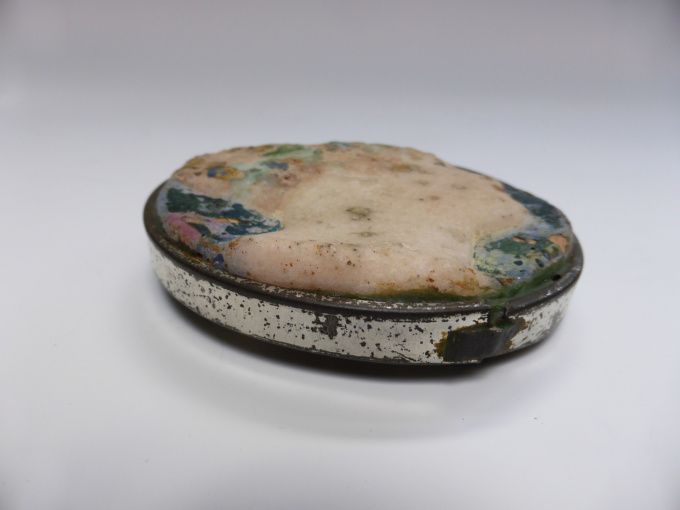 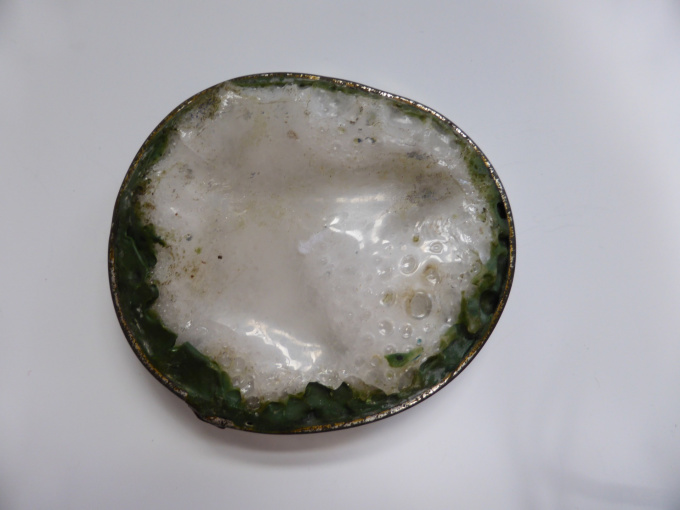 An extremely rare "pâte-de-verre" amulet by Henry Cros, the first, of eventually seven glass artists who mastered this difficult technique. These amulets normally feature ancient Roman or Greek women but this one has a more 'fin-de-siècle' appearance. This amulet once was in the collection of, and belonged to, the famous and feared French art critic Roger Marx (1859-1913) who himself had a vast art collection. This gives the amulet, next to its beauty, an extra dimension. The condition is fine, it has some burst air bubbles due to the making.

César Isidore Henry Cros was born on 16 november 1840 in Narbonne, France. He died on 31 January 1907 in Sevres. He was a painter, sculptor and master French glassmaker
Brother of the poet and inventor Charles Cros, Henry Cros was interested in researching new processes or rediscovering old techniques. We can only admire the subtlety and perfection of these productions which associate a reworking of an imaginary Antiquity or Middle Ages with a comprehensive art as revealed both in the molten glass and drawings. The latter, rarely exhibited, are striking in their freedom and very singular treatment of watercolours : the motif and the reference to Antiquity take on a modernity which almost prefigures Neo-classicism (recalling some of Bourdelle’s fine watercolours). The coloured wax works, close to Charles Cros’ poetic universe and to Symbolism in general, avoid falling into a simple Neo-gothic revival style, no matter how respectable it might be : the technical experimentation and the refined inspiration make them masterpieces of the Symbolist period.