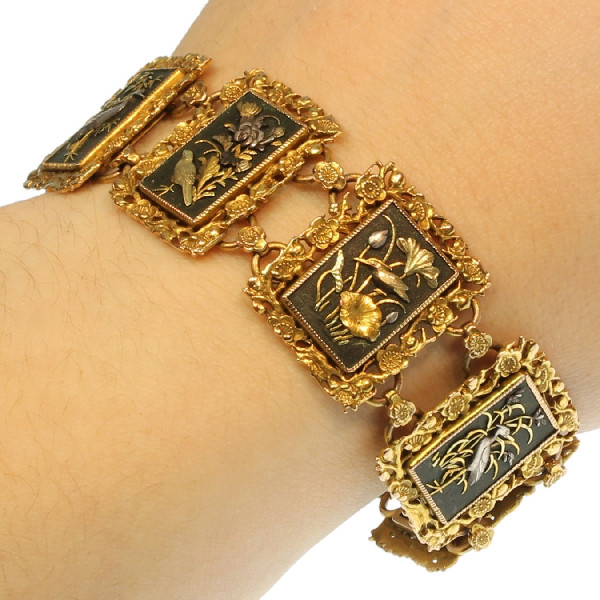 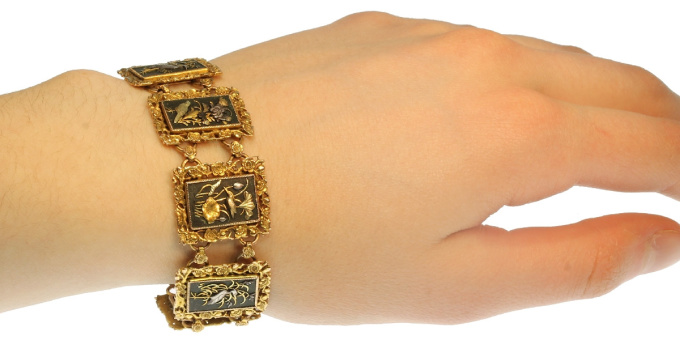 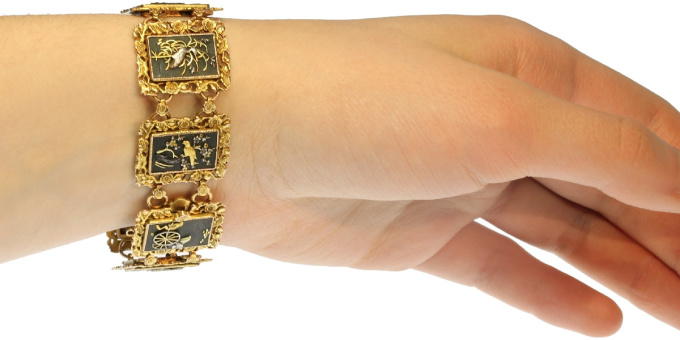 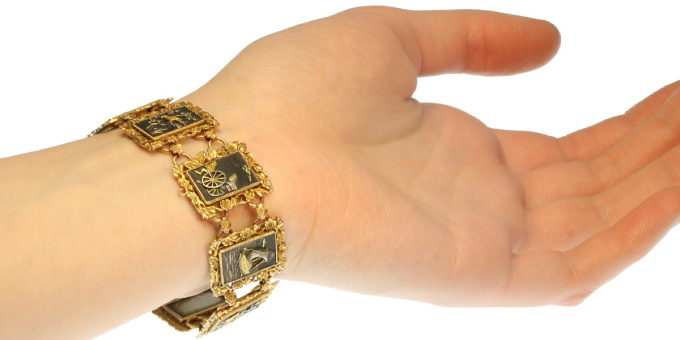 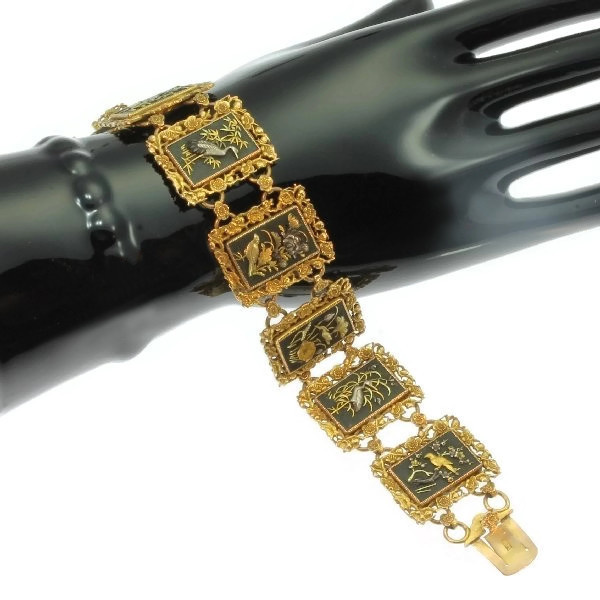 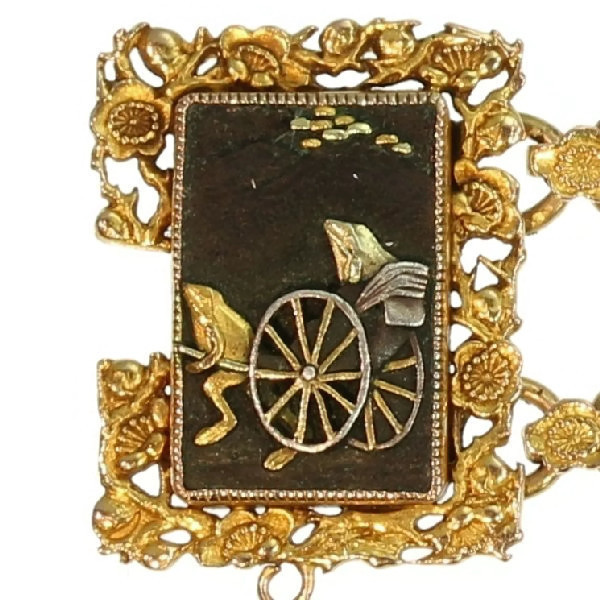 This stunning Victorian bracelet from 1890 is composed out of a series of eight panels, which most likely depict several Japanese stories through high quality craftsmanship of shakudo -a Japanese art technique of inlay work of various colours of 18Kgold. These miniature gold bas-reliefs are mounted in European frames of flower hedges. The only way to bring these meticulous sceneries back to life to tell their tales is by wearing this astonishing jewel.

Technique: These panels are Japanese shakudo, (also called 'damascening' or 'zougan') a well-known technique. They were imported from Japan and mountedin Europe into all sorts of decorative objects, but mostly jewelry. Japonaiserie became highly fashionable in England, and elsewhere in Europe,1875/1885, in England when Arthur Lazenby Liberty, the founder of the famous Liberty store, visited Japan and brought back fabrics, ceramicsand metalware, which caused a fashion craze that was reflected in furniture and furnishings and all the decorative arts, and inspired Gilbert & Sullivan’s comic opera ‘The Mikado’. See Vivienne Becker’s ‘Antique & Twentieth Century Jewellery’(with many thanks to Ian Harris for this explanation).

Shakudo is the art of inlaying different metals into one another—typically, gold or silver into a darkly oxidized steel background—to produceintricate patterns similar toniello. The English term comes from a perceived resemblance to the rich tapestry patterns of damask silk.

The technique has a long history in Japan, where it was used to decorate katana (sword) fittings, particularly tsuba. Known as zougan in Japanese, it has developed its own subset of terms to describe the particular patterns, although "shippou-zougan" isan enamelling technique which most Westerners would consider closer to champlevé.

Damascened-inlay jewelry, especially of Japanese origin, is sometimes referred to as shakudo from the use of that alloy as the dark background.

Cities that are known for a rich history in Damascening where the technique is still practiced are Malaysia, Indonesia, Toledo, Spain, Eibar,Basque Country and Kyoto, Japan. (from: Wikipedia)

Hallmarks: The only mark we could find was one with the letters "S.M.". We presume this to be the mastermark. We couldn't find any other marks on the bracelet.
-  (more info on hallmarks)