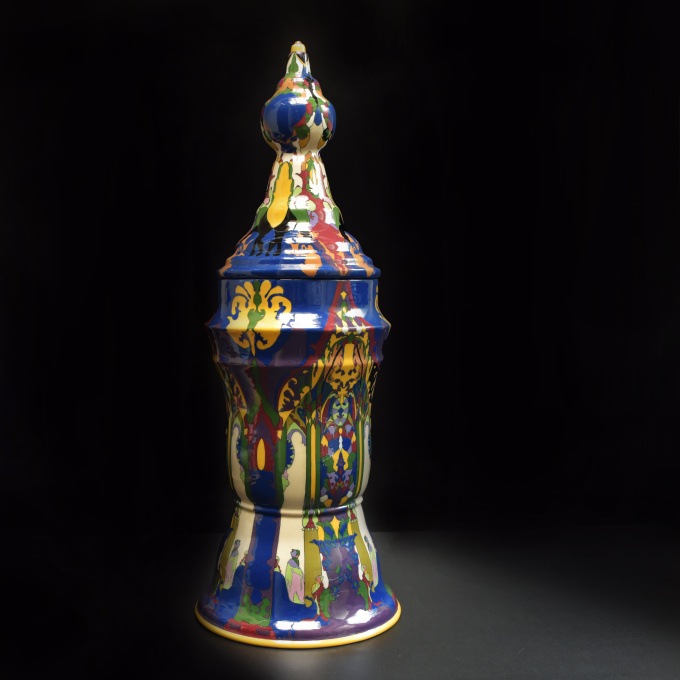 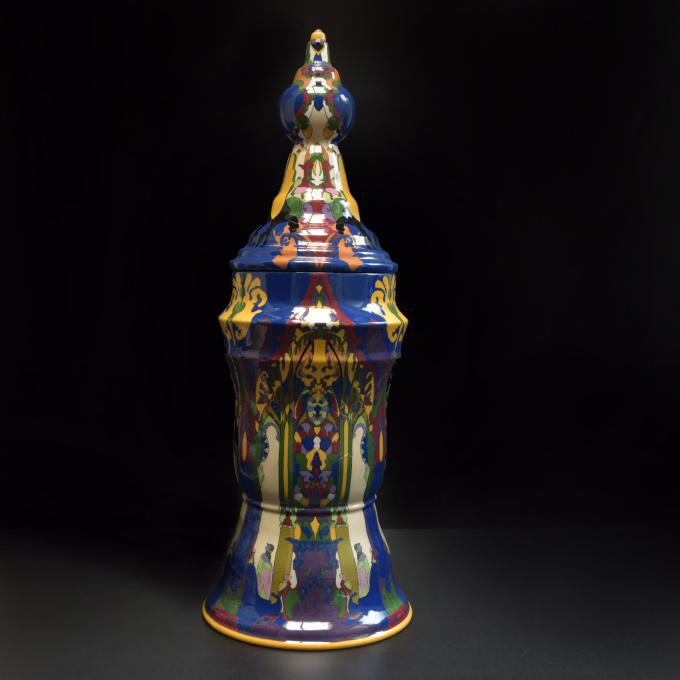 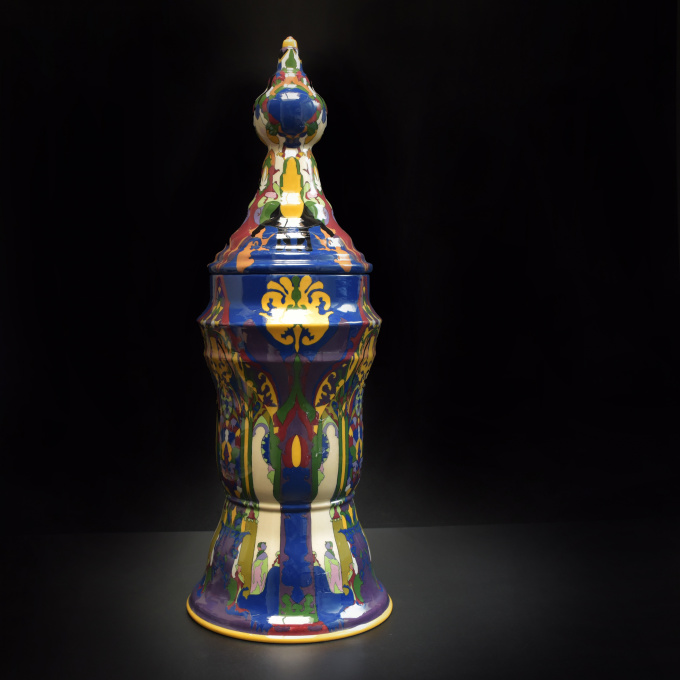 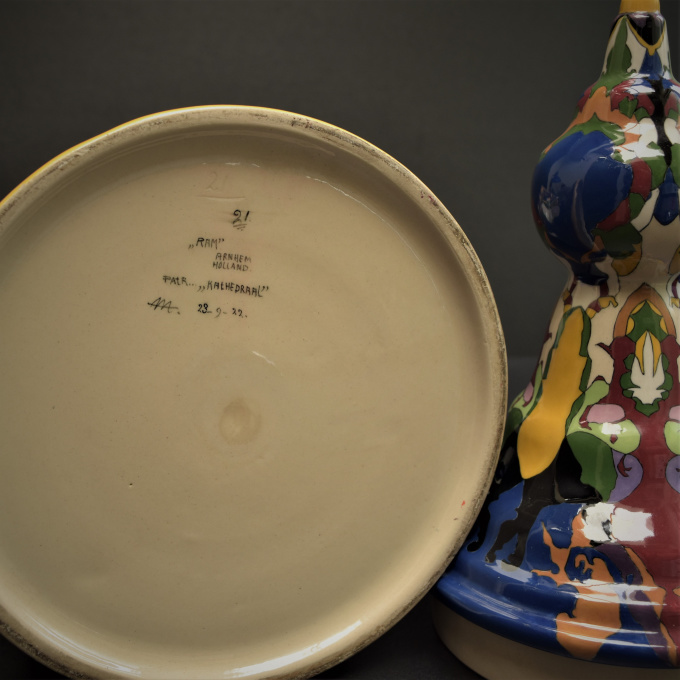 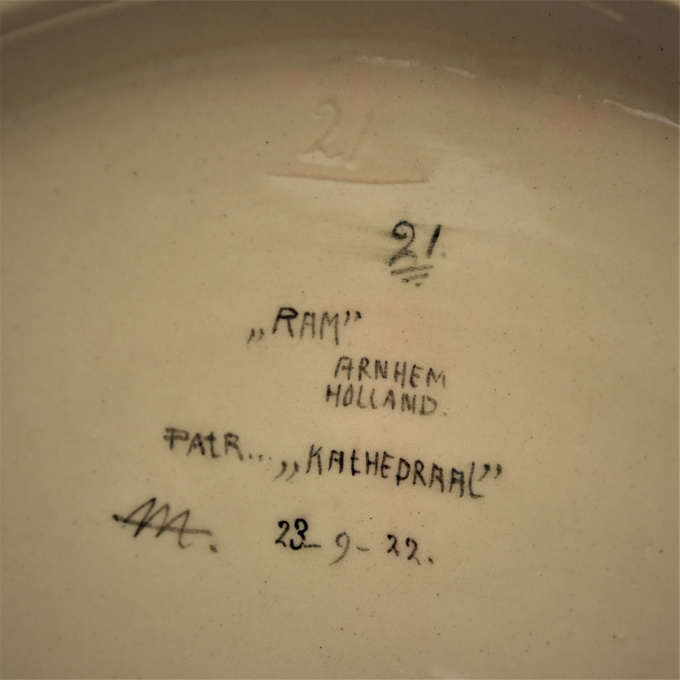 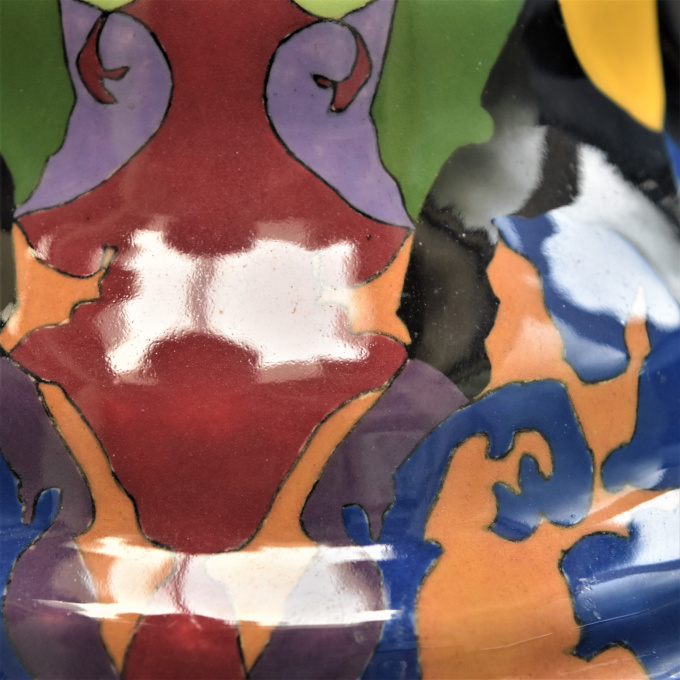 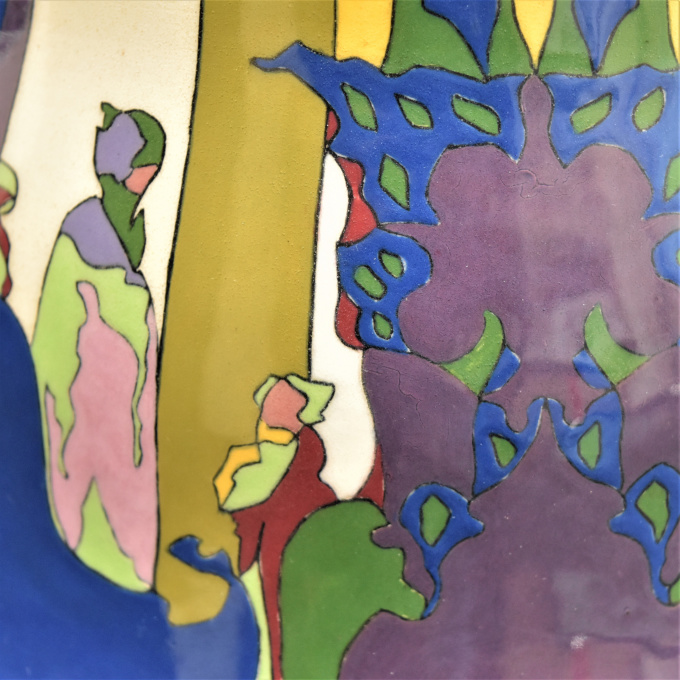 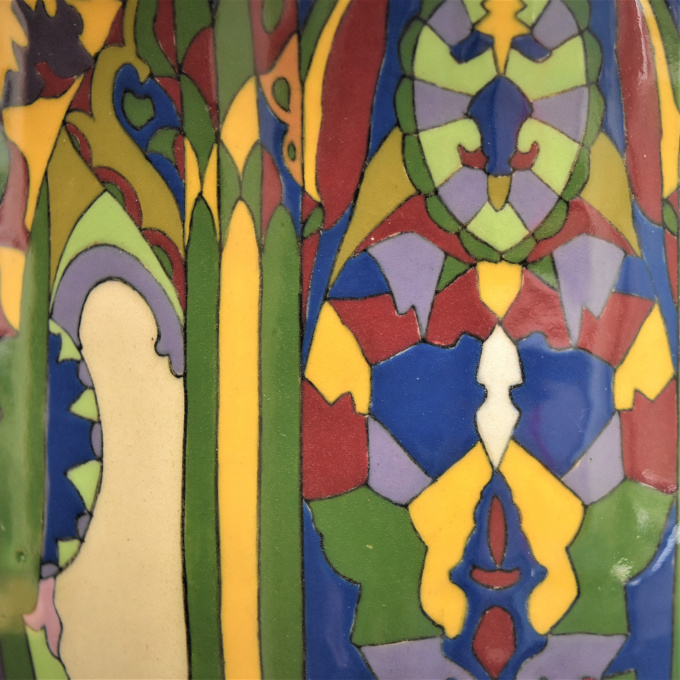 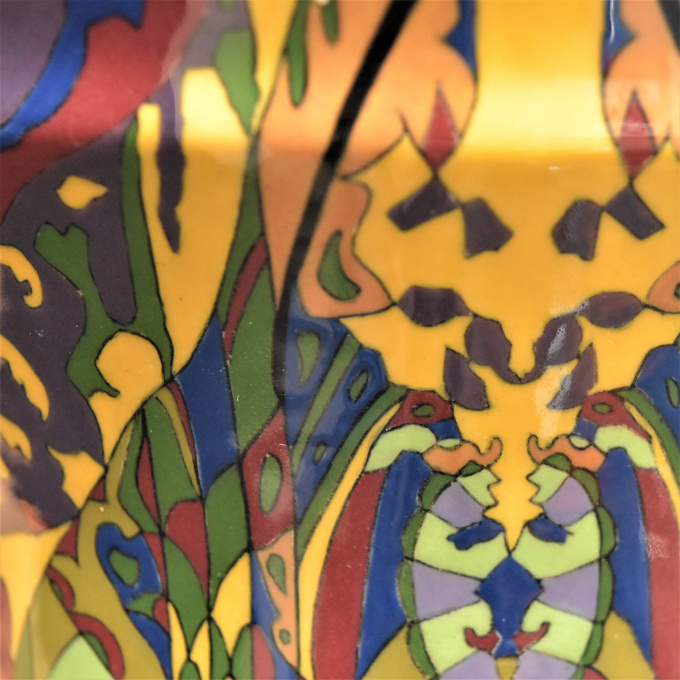 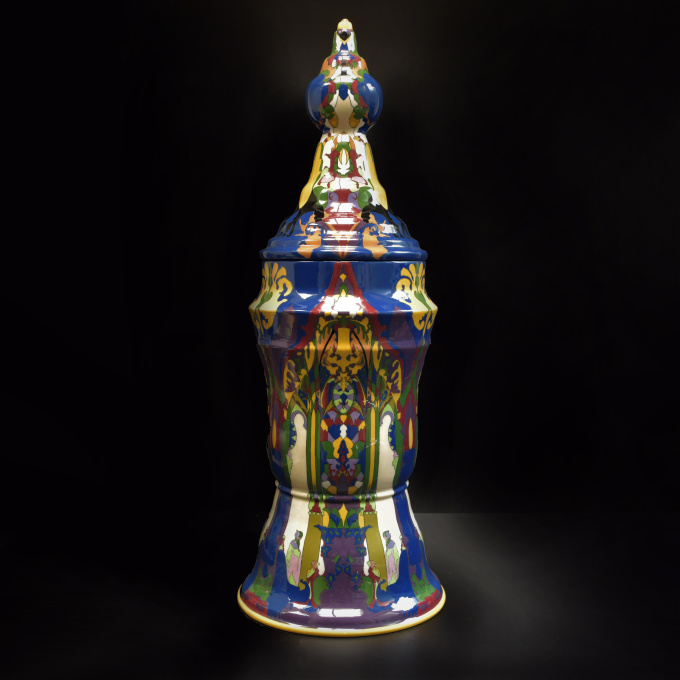 Large covered vase by RAM Arnhem, designed by Theodor Colenbrander. 60 cm high. Dated 23 September 1922. This vase was the top model and decoration of the pottery factory RAM specially established for Colenbrander. With this decor 'kathedraal' they won the gold medal at the world exhibition in Paris in 1925; Exposition Internationale des Arts Décoratifs et Industriels Modernes. This copy is made in the opaque enamel, preferred by Colenbrander. Very rare.

Theodoor (Theo) Christiaan Adriaan Colenbrander was born in Doesburg in 1831 and died just a few miles further in the smallest city in the Netherlands: Laag-Keppel in 1930. He was a Dutch architect, ceramist and plaque painter and designer. He was characterized as the first Dutch Industrial designer.
From 1884 till 1888 he was designer and artistic director at the plaque factory Plateelbakkerij Rozenburg in The Hague. His striking designs featured distinctively irregular shapes and fanciful decorative motifs, generally abstract from nature and executed in an Expressionist palette.
From 1921-1924 he worked for Ram Plateelbakkerij who only produced designs by Colenbrander. This was his real break through as a designer and innovative ceramist. Theo Colenbrander made as well designs for books.
After a live living in hotels, pensions and never married, he moed in 1928 to Laag-Keppel where he died at an age of 89.