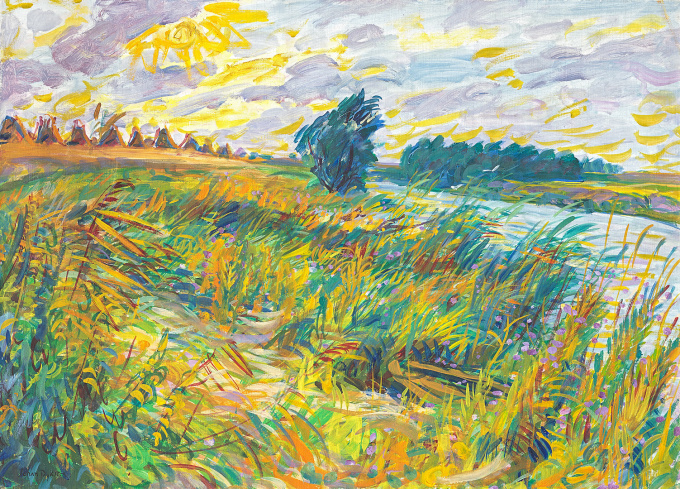 In this painting, a landscape in Groningen with the river ‘Reitdiep’ is depicted. Schilligeham is a hamlet with some farmhouses. In the right upper corner, the so called ‘Notarisbosje’ is visible. This grove was planted at the end of the nineteenth century by the notary Sebastiaan Mattheus Sigismund de Ranitz as a bird’s grove.

Johan Dijkstra was a major Dutch Expressionist. He lived and worked in Groningen, where, along with artists like Jan Wiegers and Jan Altink, he was a member of De Ploeg painters' circle. His subject matter was chiefly the local landscape and portraits.
He also made expressive sketches of everyday life on the streets and in the cafes. Influenced by German Expressionism, Kirchner’s use of colour became increasingly bolder between 1923 and 1929 and his forms freer.