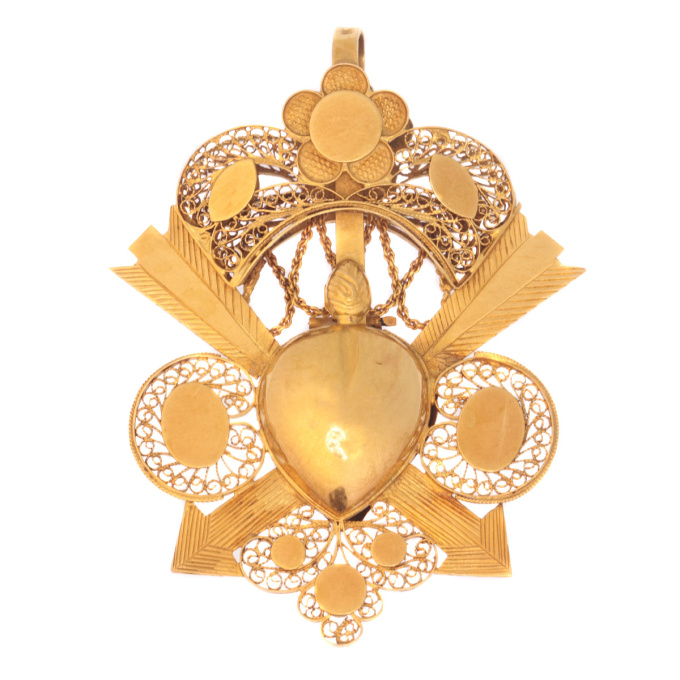 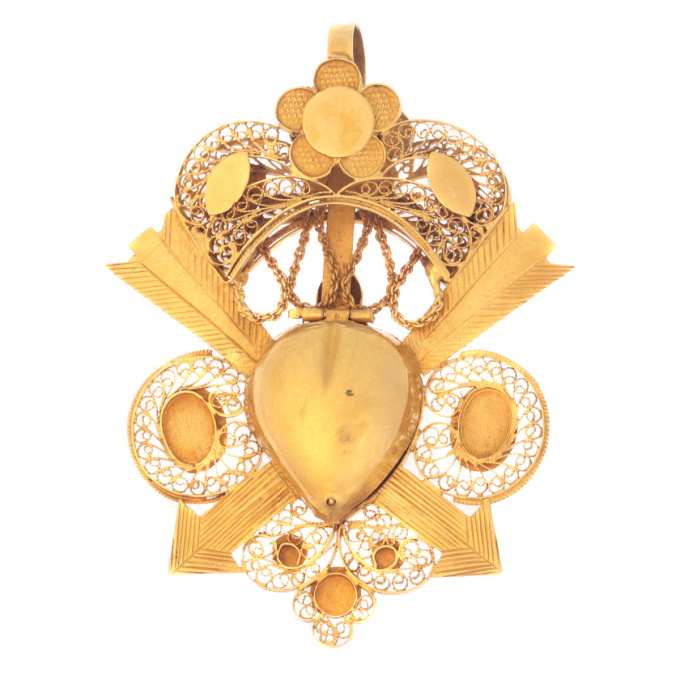 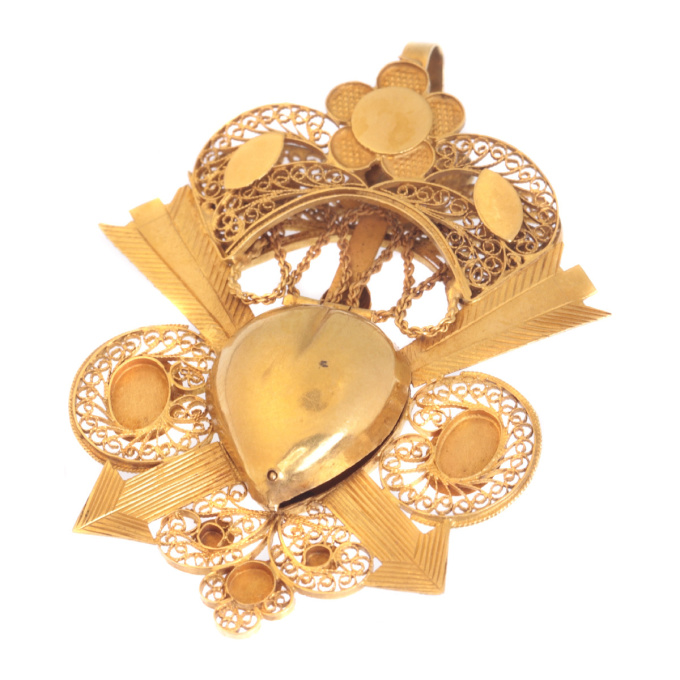 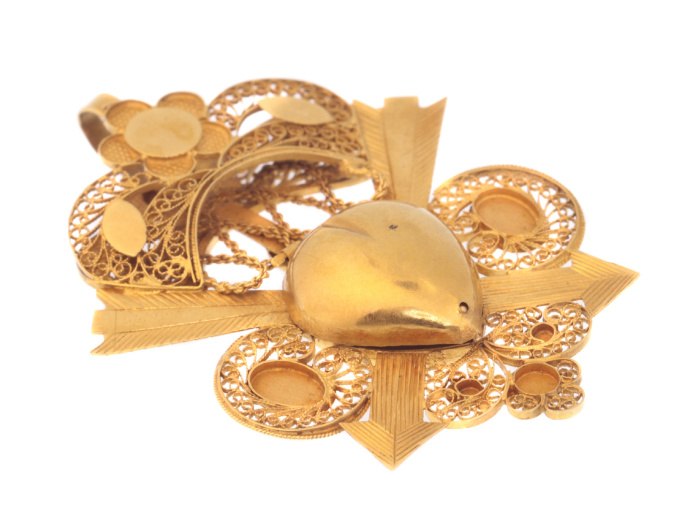 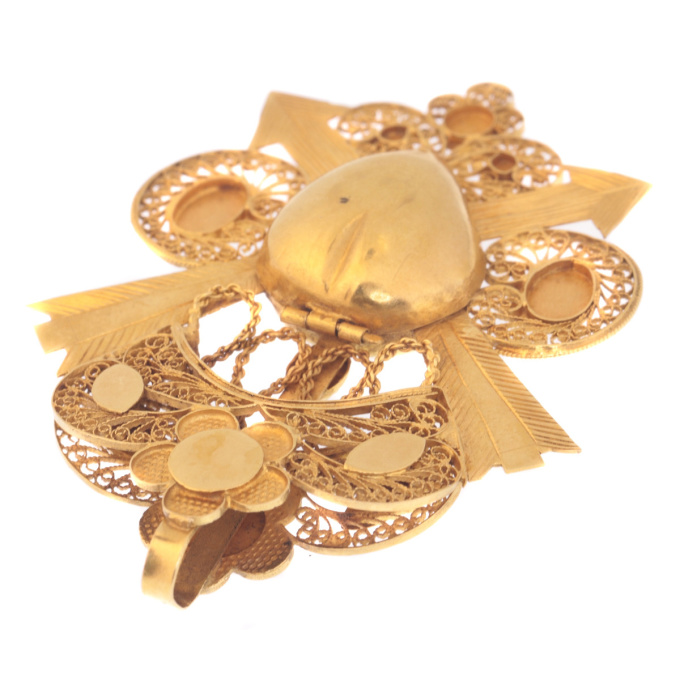 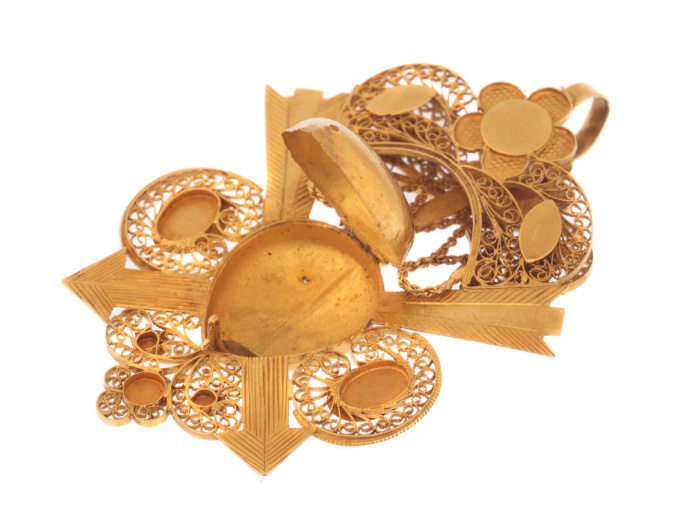 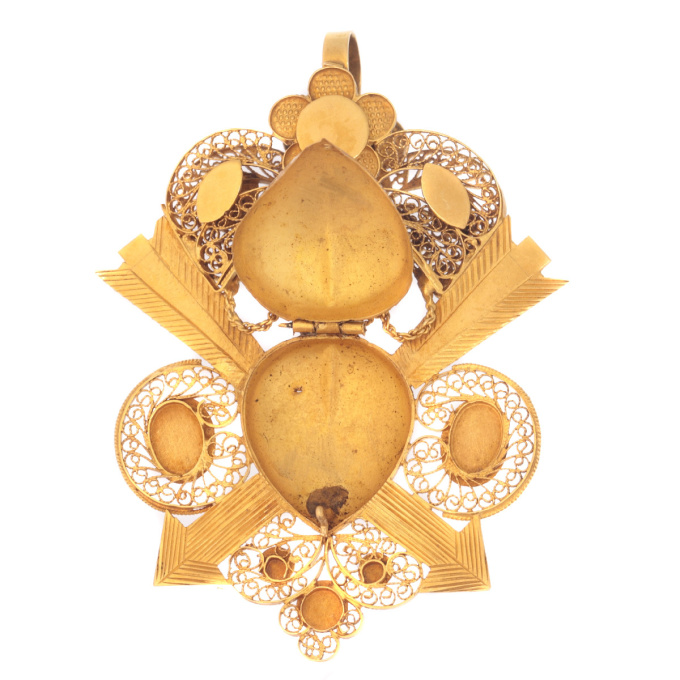 Gold filigree pendants with two crossed arrows, crowned, with in its center a burning heart-shaped hinged little box are usually made somewhere between 1780 and 1820. Most of them were made in Belgium and/or France but there areknown examples made in Holland too. Jewelry like this was mostly worn on weddings and other important occasions.

Source of inspiration: Love and romance

Theme: Heart - The heart has long been used as a symbol to refer to the spiritual, emotional, moral, and in the past also intellectual core of a human being. As the heart was once widely believed to be the seat of the human mind, the word heart continues to be used poetically to refer to the soul, and stylized depictions of hearts are extremely prevalent symbols representing love. (from: Wikipedia)

Technique: Filigree (formerly written filigrann or filigrane) is a delicate kind of jewel work made with twisted threads usually of gold and silver or stitching of the same curving motifs. It often suggests lace and French from 1660 to the late 19th century. Itshould not be confused with ajoure jewellery work; while both have many open areas, filigree involves threads being soldered together to form an object and ajoure involves holes being punched, drilled, or cut through an existing piece of metal. (from: Wikipedia)