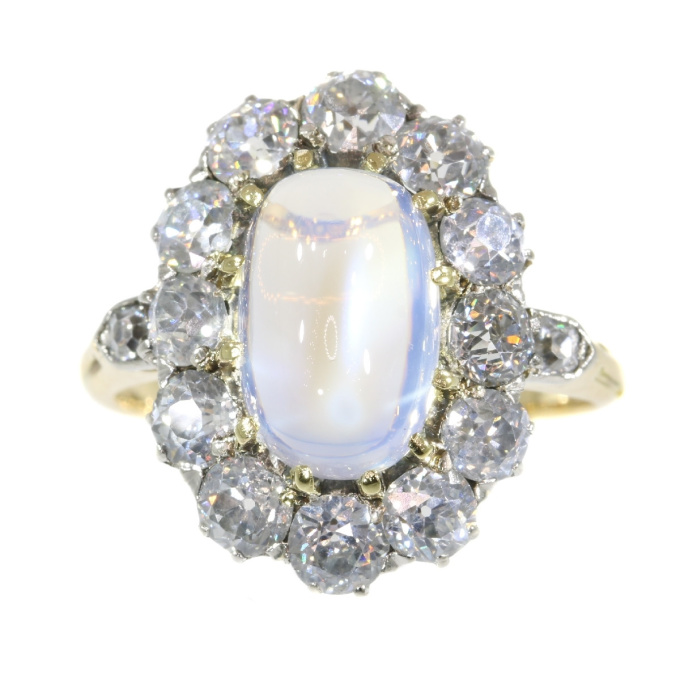 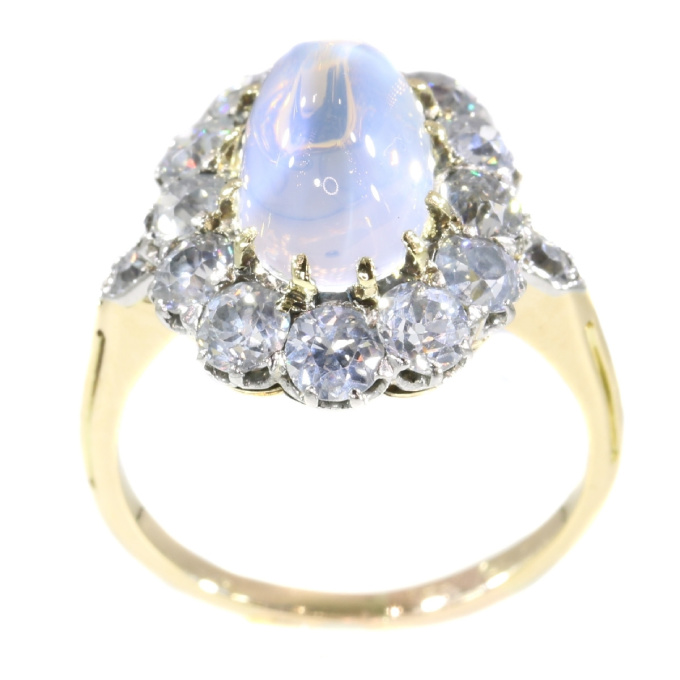 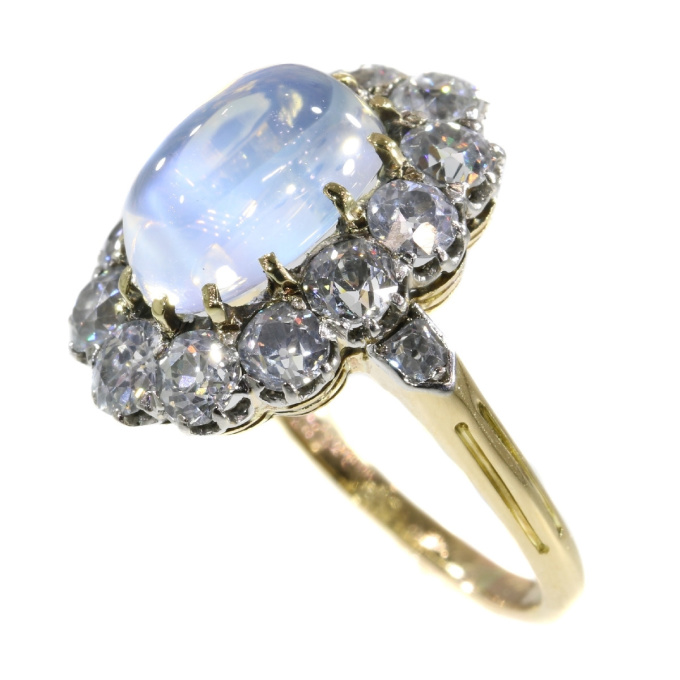 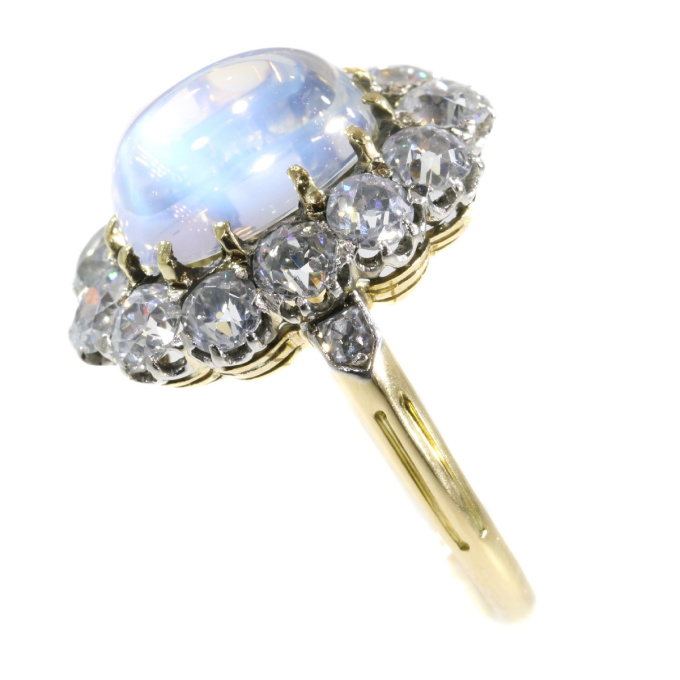 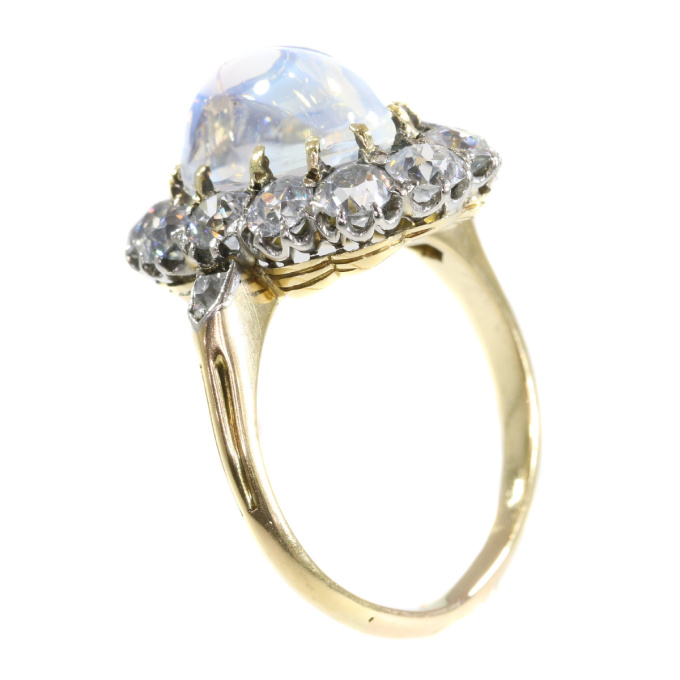 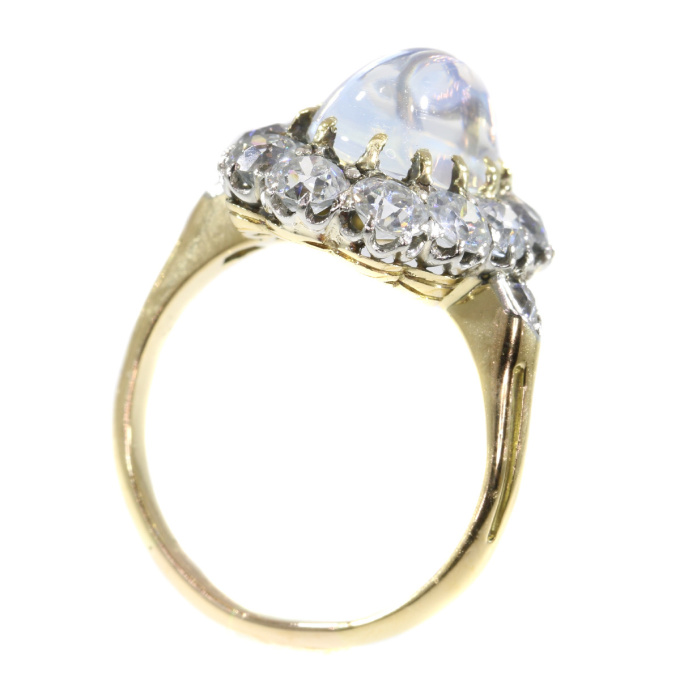 As their name suggests, moonstones have been associated with the moon over various cultures and ages due to theirtypical milky blueish effect and white reflections reminiscent of the full moon shining through a veil of clouds.

With its appearance, man has attributed the same gifts of the moon to moonstones.As the moon renews itself monthly, so would moonstones retain youth, restore broken love and improve fertility. As the moon influences the tides, so would moonstones protect against stormy waters.Legend even has it that the ever-changing blue and white lustre of a moonstone is a sign of a beneficent spirit dwelling within.

It's clear that a lot of history and lore hides within this gem. But of course, no need for any excuse to purchase a charming ring with a moonstone as its center. And yet, it wouldn't hurt to give it a rub to see if a genie pops out, would it?