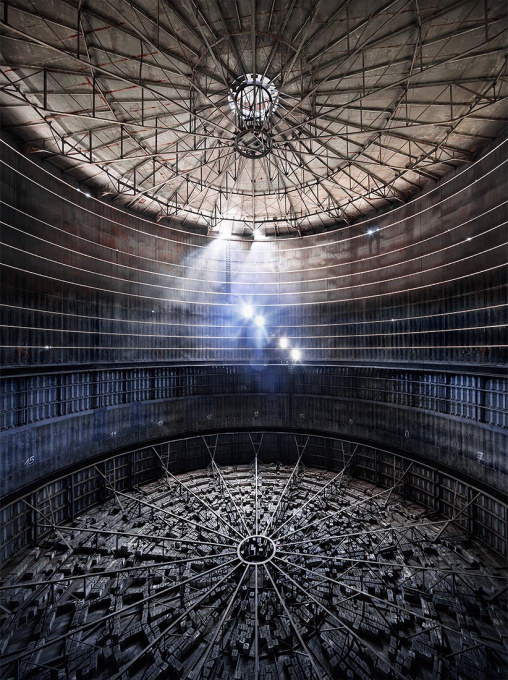 Jan Stel [1970, Purmerend, the Netherlands] is a self-taught photographer. As a creative person, Jan was a pioneering artist in his youth. He sprayed graffiti murals in the suburbs of Amsterdam and at home he made detailed drawings and realistic illustrations. The analogue photo gear from his father prompted his interest in photography, and inspired him to develop his own creative style.

Jan Stel’s photography is made in pure natural light, no flashlights or studio lamps are used. This authentic working process takes time, sensitivity and the right timing for action. Jan explains his photographic style in this way: “The human eye is far more sensitive than a camera lens and picks up minor as well as major differences in a scene. Because the photo camera is limited in its ability, I capture the image in multiple exposures. The scene my eye has seen in contrast with the part that the camera is unable to pick up is what fascinates me. I want to reassert this sensitivity. I do this by brushing the photographed brackets into a sort of light painting, similar to what the dark room masters and painters of past times used to do”.

LE GAZOMÈTRE ABANDONNÉ
“You should have absolutely no fear of heights or claustrophobia to enter a gasometer. It is an unnatural weird place without any kind of nature in it, a purely technical construction to hold gas and to distribute.”

A gas holder, sometimes called a gasometer, is a large container in which coal gas is stored near atmospheric pressure at ambient temperatures. Inside this forgotten gasometer the oxygen is horrible and low. Certainly when the weather is hot and when there is almost no wind. It is a giant closed tube with just a few openings for breathing. These openings are in fact for control and constructions works. The volume of the container follows the quantity of stored gas, with pressure coming from the weight of a telescopic movable cap. Heavyweight pulleys mounted on the cap are connected with steel cables.

Once the gas holder and attached power station where prosperous with a steel and heavy industry but now it has fallen silent in decline. Due to active protests in 2006 from Greenpeace about the coal fired power station it gained negative exposure and became subsequently closed in 2007. The area and suburbs are described as the most depressing in Europe, compared with Detroit in the USA.

Sometimes these tanks are reconverted into diving facilities but, a sauna with swimming pool would also work. This one is located in a heavy industrial area and is abandoned since 2007.

Jan Stel is a self-taught photographer who was born in Purmerend in 1970. Jan has already been a pioneering artist during his childhood when he sprayed graffiti in Amsterdam. He also made detailed drawings and realistic illustrations. He became interested in photography by the analog photo gear from his father, which inspired him to develop his own style. Jan Stel takes his pictures in natural light, omitting flashlights and studio lamps. He photographs architecture which has been abandoned by man. He has had various exhibitions in the Netherlands and abroad, including Museum aan het Vrijthof, Maastricht; RAW Artfair, World Trace Centre, Rotterdam; PAN, RAI Amsterdam; Rotterdam Contemporary; KunstRAI, Amsterdam; Somerset House, London England; FotoFestival Naarden, Naarden Vesting. Stel received several awards, like the Sony World Photography Awards, International Color Awards and the Epson Pano Awards. His work can be found in many private and public collections.