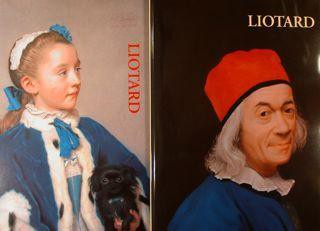 This book, written and published in French only, is the first exhaustive monograph dedicated to Liotard, the principal Geneva painter. The authors have previously published many articles on the theme. Jean-Etienne Liotard (Geneva 1702-1789), trained as an enamelist in Geneva and in Paris, received international acclaim as an itinerant portrait painter working for the major courts of Europe. He was established in Paris, in Italy, four years in Constantinople, in Moldavia, then several times in Vienna, Germany, Paris, London, the Netherlands and Geneva. During the fifty-five years of his activity, from 1725 to 1780, he worked for forty years in the European capitals. While mindful to his competitors, he never fully adhered to a national school. His aesthetic conception was totally original and independent, opposed to academic conventions, without any concessions made to the conventions characterizing court portraiture. In the field of enamel and miniature painting he had no equal. Some 525 works of his production survive, including 280 pastels, oils, enamels, miniatures, engravings, and 140 drawings. Many other works are documented but lost. The oeuvre is today spread across museums of Europe and the United States - foremost in Geneva and Amsterdam, - and in private collections. Numerous masterpieces have never been on view, many works are now published for the first time. The book discusses the life and the art of Liotard, his artistic trajectory, the particularities of his style, his evolution, his self portraits. The sources cover the genealogy, contracts, inventories, the two autobiographies and the contemporary biographies. The chapter of the techniques deals with the practical aspects of his art. His collection of old paintings is studied in detail. His two theoretical publications, including the Treatise of 1781, are reprinted in full and analyzed in detail. The bulk of the text is the critical catalogue in chronological sequence, discussing in each case the relevant aspects and the biography of the represented sitters. A chapter presents the graphic production of the engraver Jean-Michel Liotard, his twin brother. A major section comprises for the first time all the letters of Liotard and large excerpts of the letters of his family. The 900 illustrations, to a large extent in colour, throw full light upon the international dimension of the art of Liotard and bring to life this great artist.


About the Artist - 25 more artworks