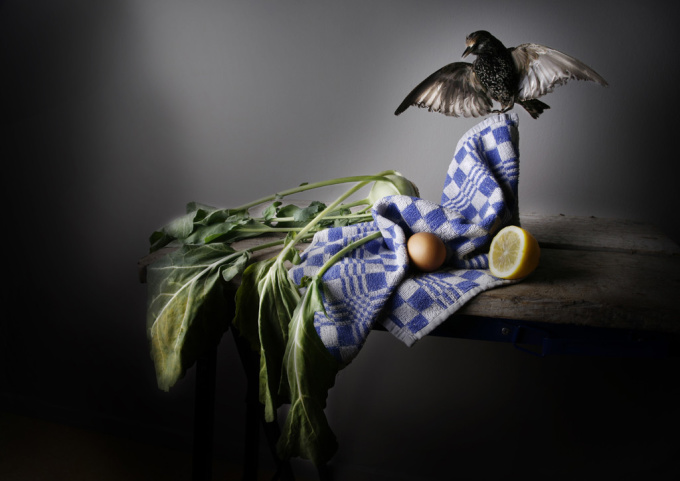 Louise te Poele is a Dutch photographer, born in Winterswijk on 13 October 1984. She photographs still lifes and portraits, which are digitally altered. Among her subjects are birds, plastic bags, fruit, fish and flowers. She also takes pictures, bordering on the abstract. Between 2003 and 2004 she studied Fashion Design in Arnhem. She graduated cum-laude in Fine Art from the art academy Artez in Arnhem in 2008. She is inspired by Kokoschka’s drawings, Egon Schiele, Lucian Freud, Francis Bacon.