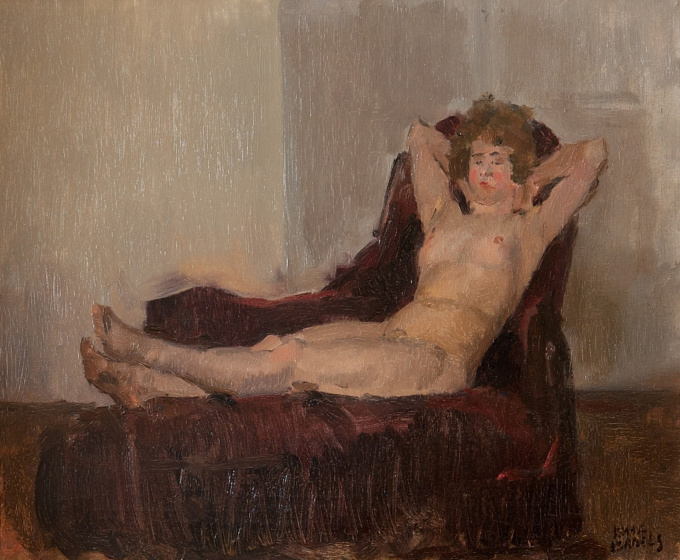 Lying Nude on a Couch; 20st century; oil on canvas.