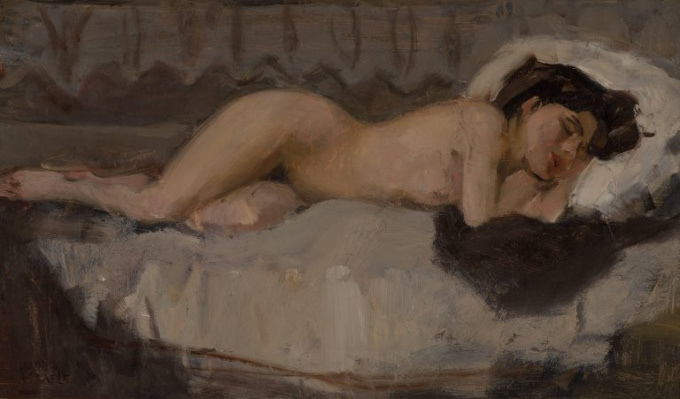 This painting is framed in a wooden frame.
Signature : lower left.

In the period March 2016 - Februari 2017 this painting was part of the exhibition 'eye for detail' in Museum Gouda, the Netherlands