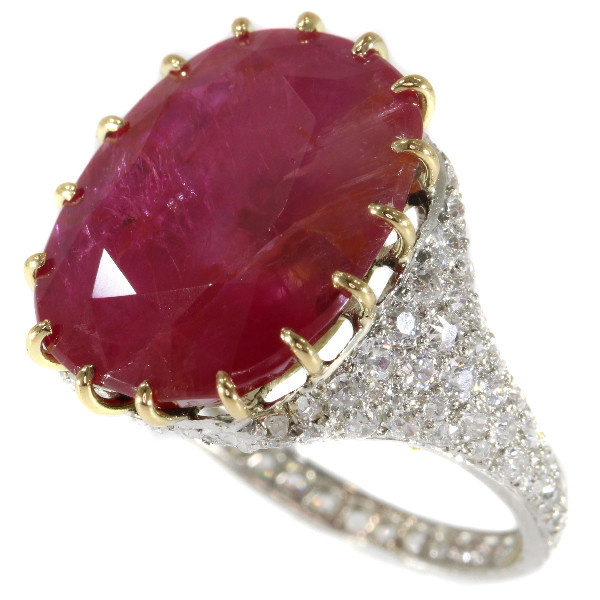 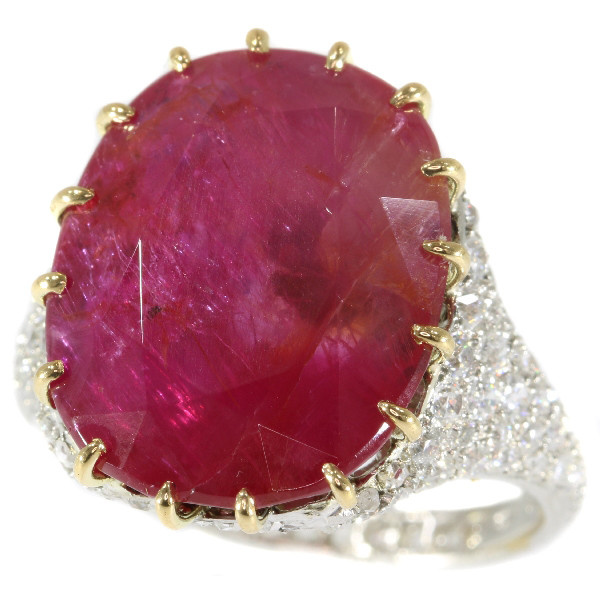 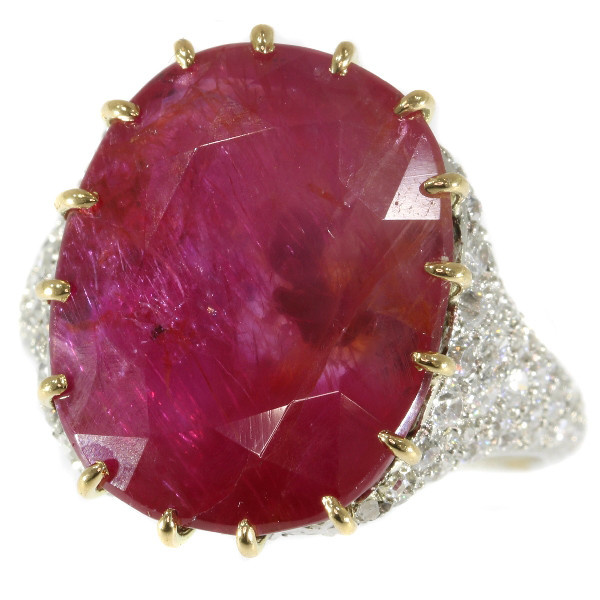 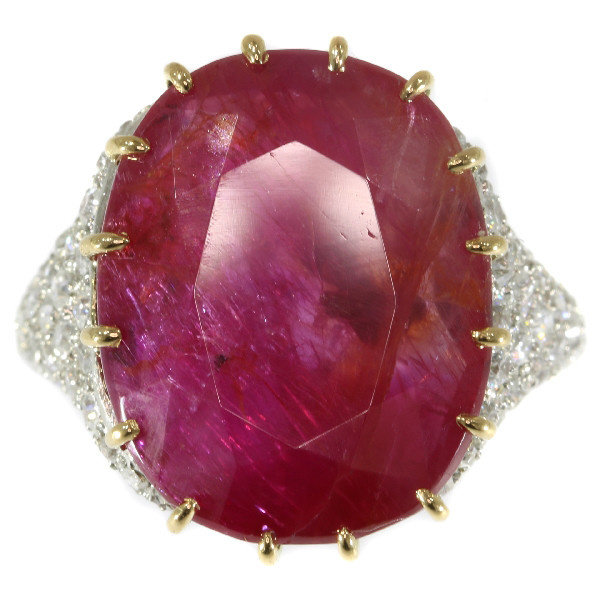 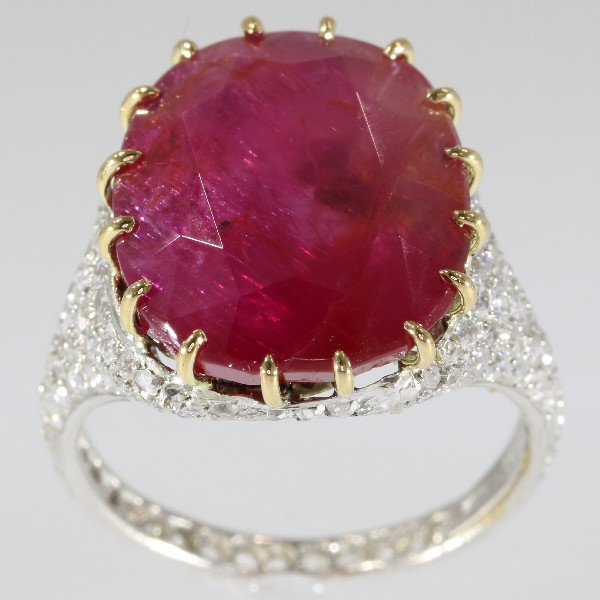 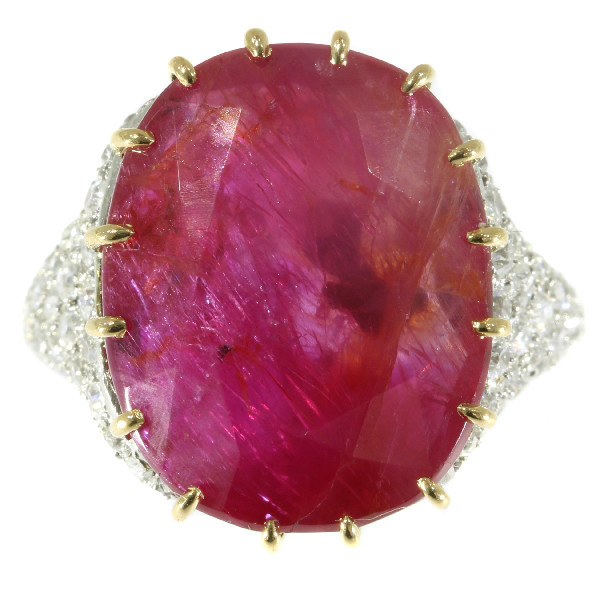 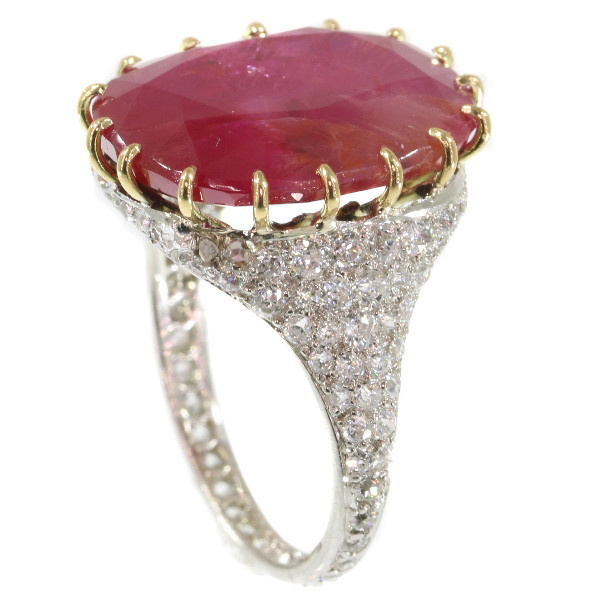 When untreated rubies of over 10 carats weight are a rarity, imagine what this 13½ carat untreated ruby must be then! Thirteen carat fifty two, is huge!Set in a special made ring that is covered with brilliant cut diamonds at all the ring's available outer places, makes you look again, and again, and again. Smooth to wear cause low on the hand.When you Google "eye candy", Google should offer you this ring as first choice. If not, then it's a obvious error in Google's algorithm.