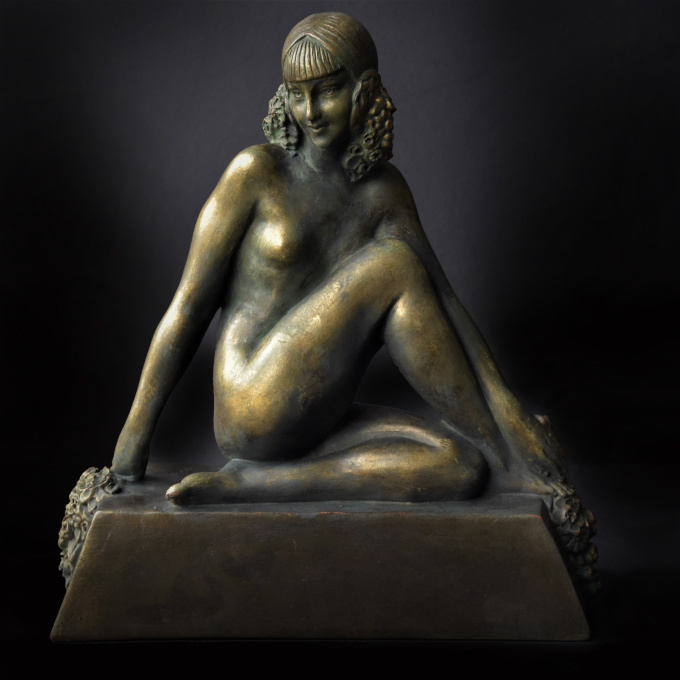 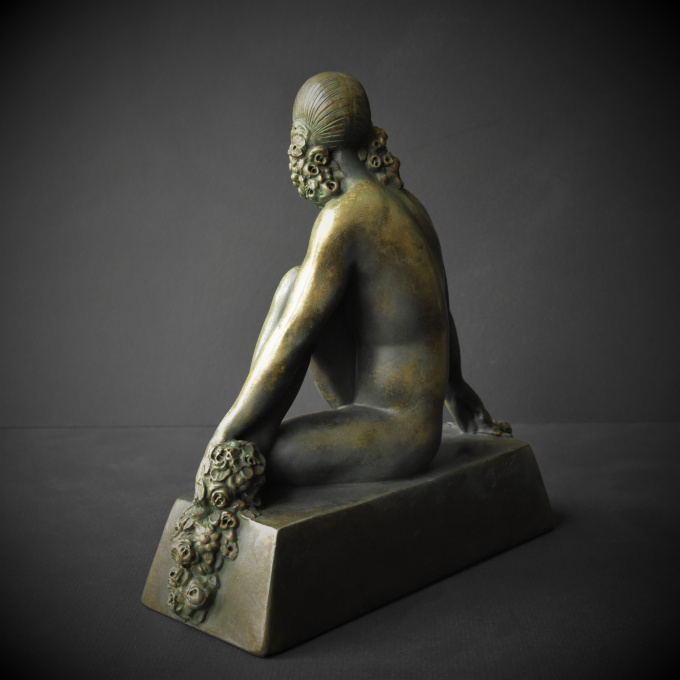 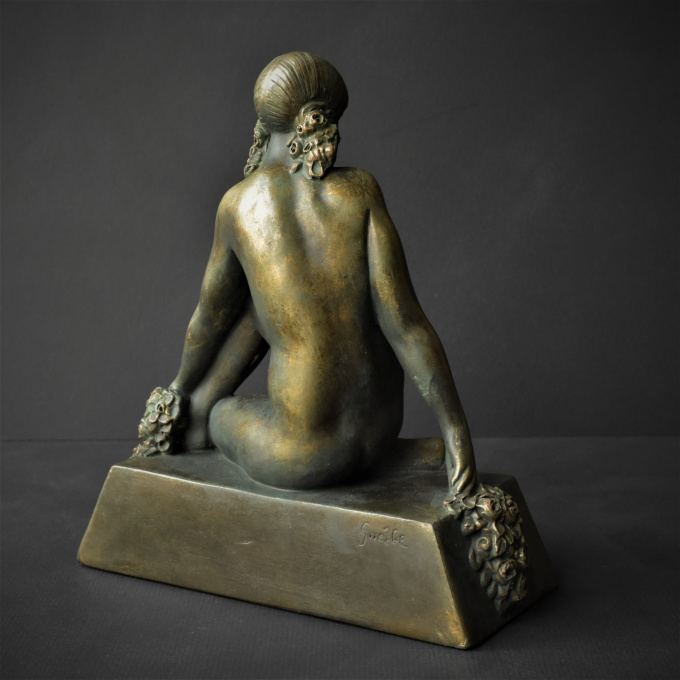 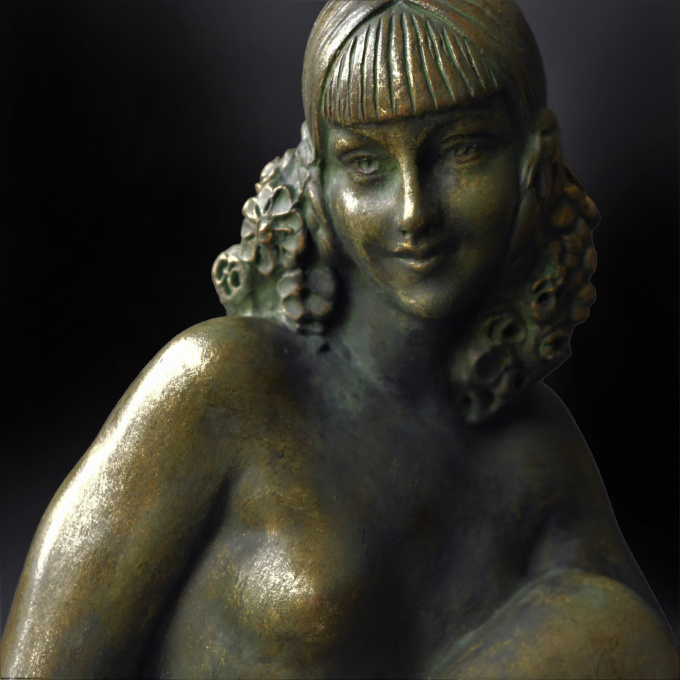 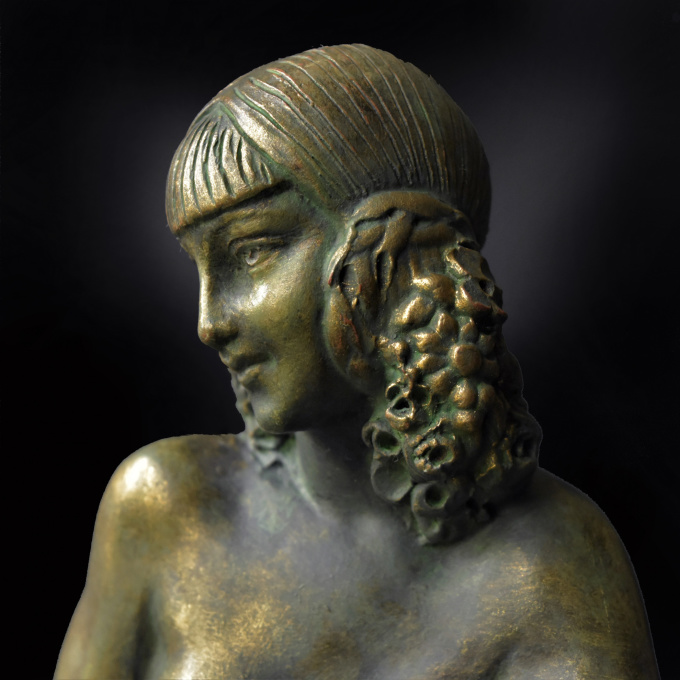 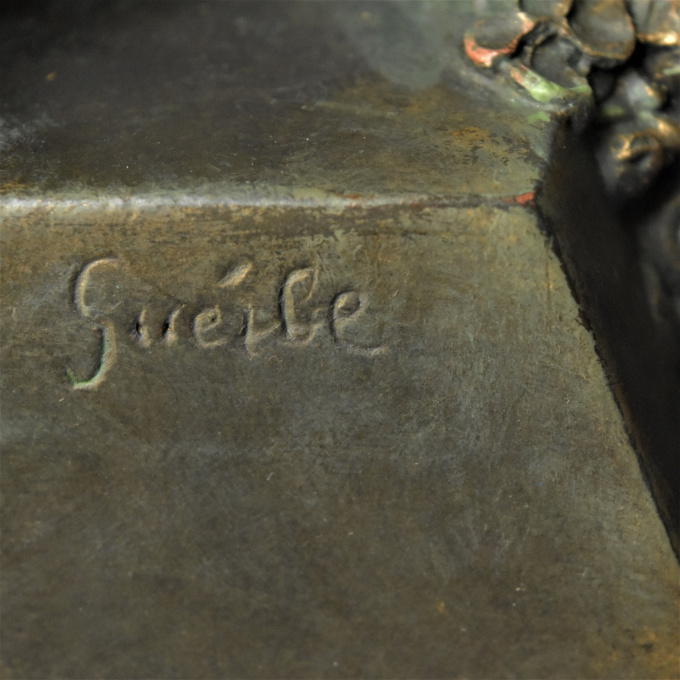 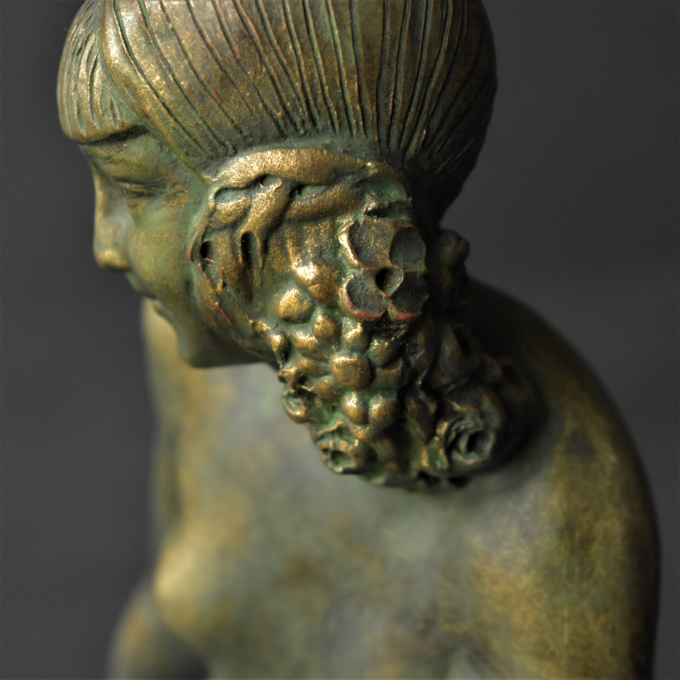 This Terra cotta sculpture made by Pierre le Faguays is signed with his pseudonym; "Guerbe", which is his Mothers Maiden name.
It is the personification of spring and the title is "Mai " Very detailed hand crafted sculpture.

Pierre le Faguays was born in 1892 in Paris, France.
He was a sculptor.

It is thought that, he also used the pseudonym of Raymond Guerbe, which is reinforced by the similarities of subject matter and style.

There is also discrepancy about his death date, given as 1925, 1935 and 1962. A biography of Papillon Gallery indicates that Le Faguays "exhibited in 1937 in Paris at L'Exposition Internationale." * Assuming this participation to be true, that would make the death date of 1962 the likely one.

Le Faguays was a native of Nantes, France. He studied at the Paris Salon* and in Geneva, Switzerland, and was a member of the Salon, La Stele and Evolution groups. His mediums included ivory, wood, stone and bronze. In 1927, he was awarded the French Medal of Honor.

Pierre le Faguays died on the 8th of September in 1962, in Paris.