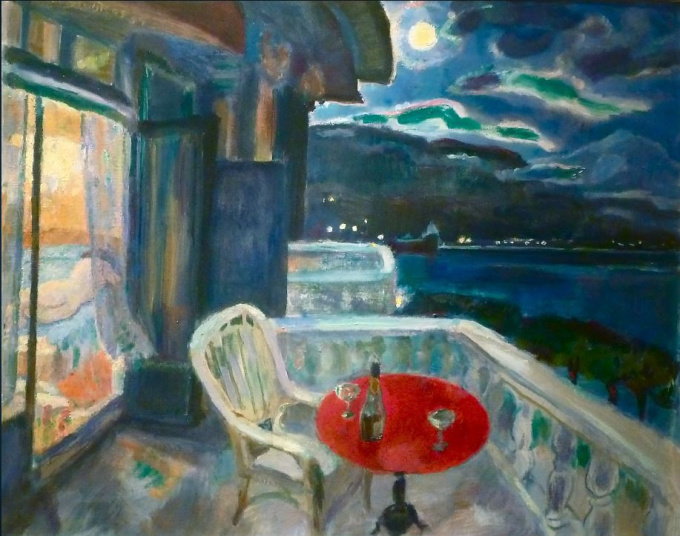 Moonlight Night. View on Montreux with the Château de Chilloin 1954

Most probably Jan Sluijters made this painting "View on Montreux and the Chateau Chillon by Night" after the view of his hotelroom. His working method is quick, he gives a striking impression of the movements of the clouds passing by the moon. The town Montreux and the Chateau Chillon appear in the background of the painting by means of cleverly placed light accents. Also striking is the constrast between the dark background, the balcony with the red table and moreover the intimate view in the bedroom.