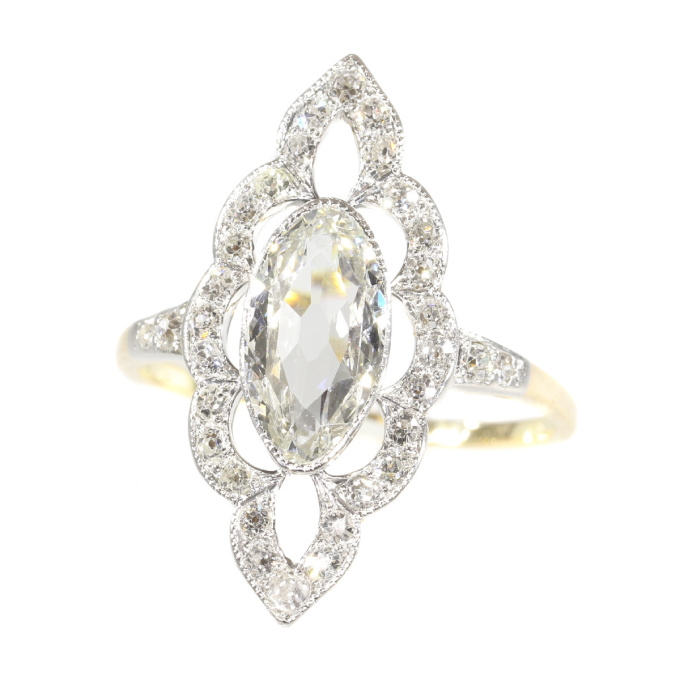 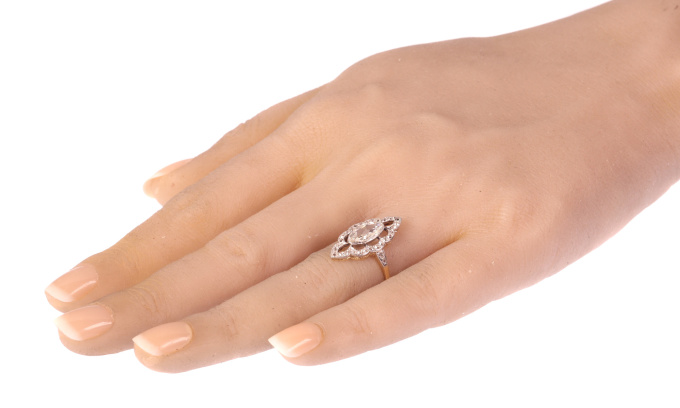 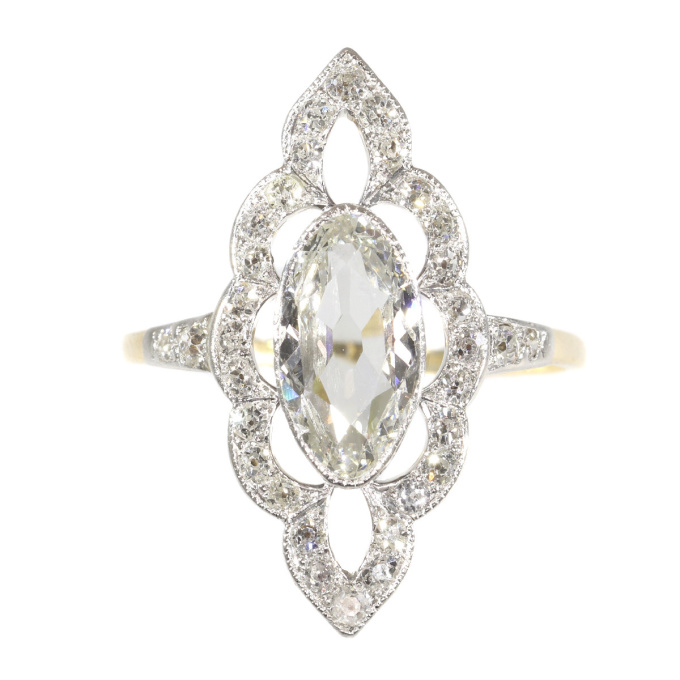 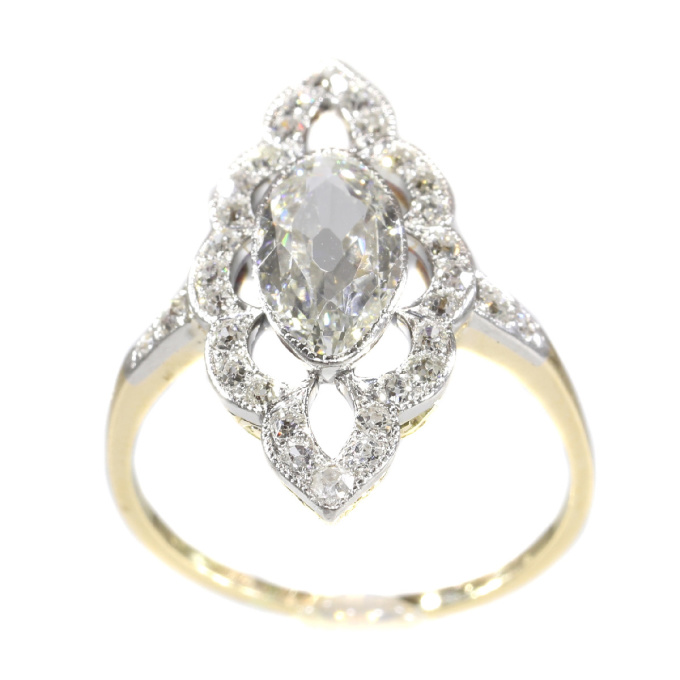 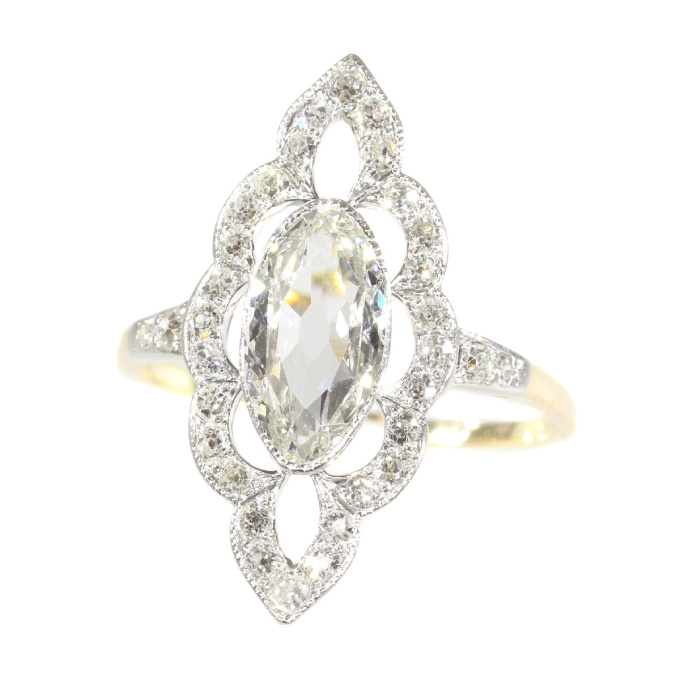 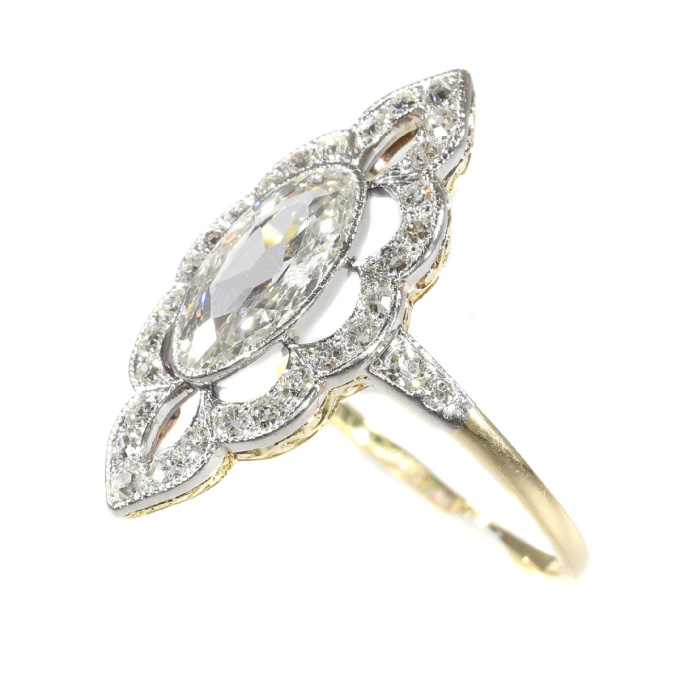 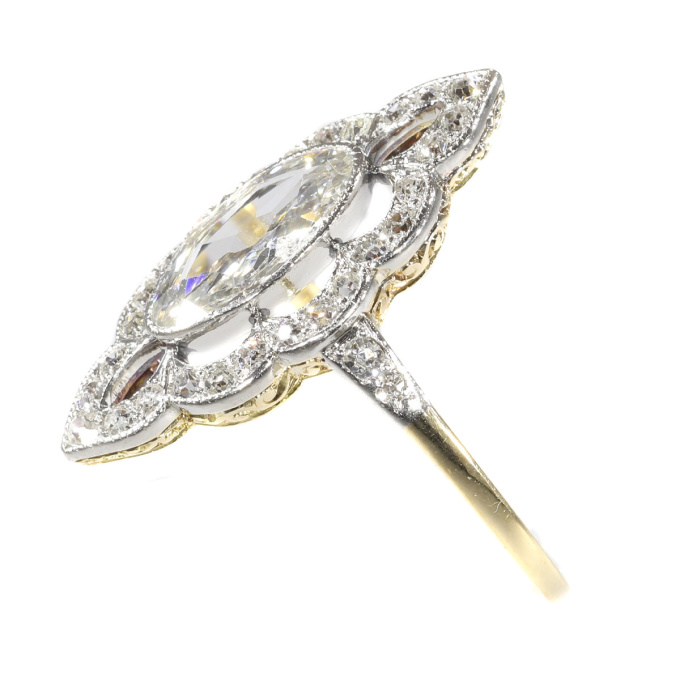 Style: Belle Époque - The Belle Époque (French for "Beautiful Era") was a period in European social history that began during the late 19th century and lasted until World War I. Occurring during the time of the French Third Republic and the German Empire, the "Belle Époque" was named in retrospect, when it began to be considered a "golden age" the major powers of Europe, new technologies improved lives and the commercial arts adapted Renaissance and eighteenth-century styles to modern forms. In the newly rich United States, emerging from the Panic of 1873, the comparable epoch was dubbed the Gilded Age. In the United Kingdom, this epoch overlaps the end of what is called the Victorian Era there and the period named the Edwardian Era.or more info on styles

Style specifics: The style of this jewel announces the coming of the Art-Nouveau style.

Before the 20th century, other types of betrothal gifts were common. Before the end of the 19th century, the bride-to-be frequently received a sewing thimble rather than a engagement ring. This practice was particularly common among religious groups that shunned jewelry. Engagement rings didn't become standard in the West until the end of the 19th century, and diamond rings didn't become common until the 1930s. Now, 80% of the women are offered a diamond ring to signify engagement. (from: Wikipedia)

- All diamond weights, color grades and clarity are approximate since stones are not removed from their mounts to preserve the integrity of the setting. Also we have all diamonds screened by the IJGC - lab (www.ijgc-worldwide.com)for whether they are natural or synthetic, and all diamonds in this jewel are 100% guaranteed to be natural!