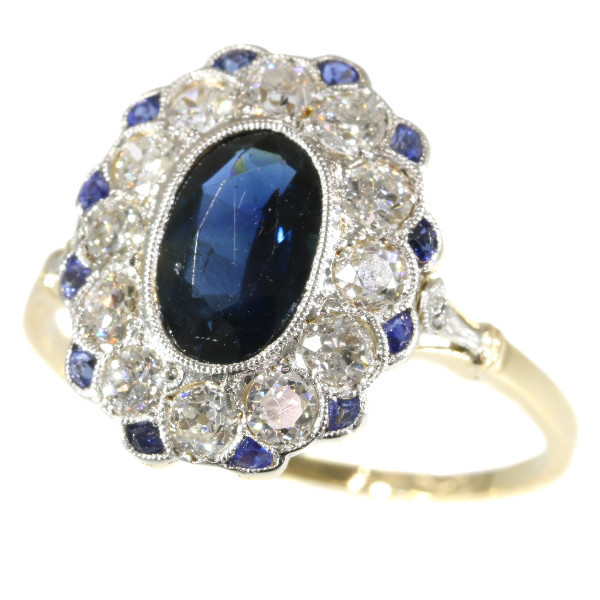 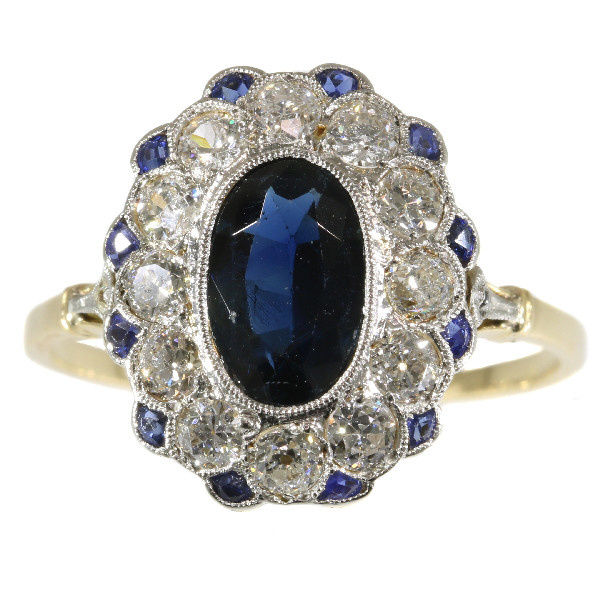 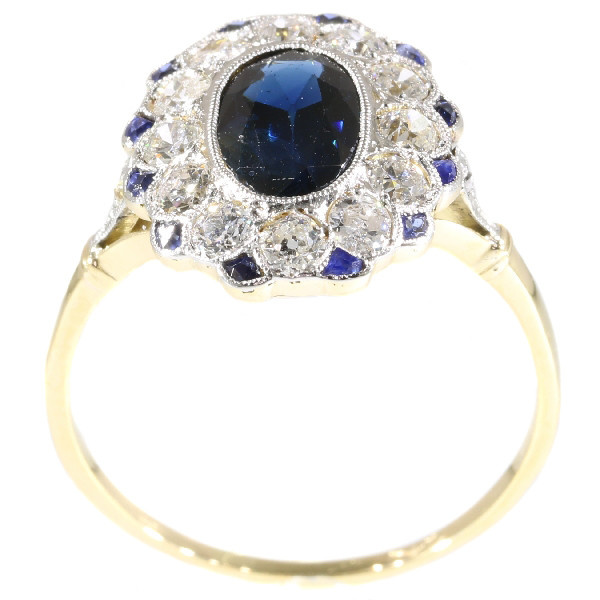 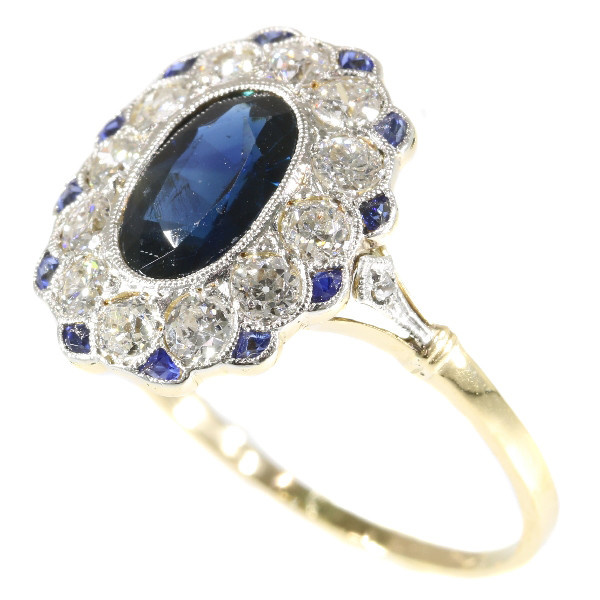 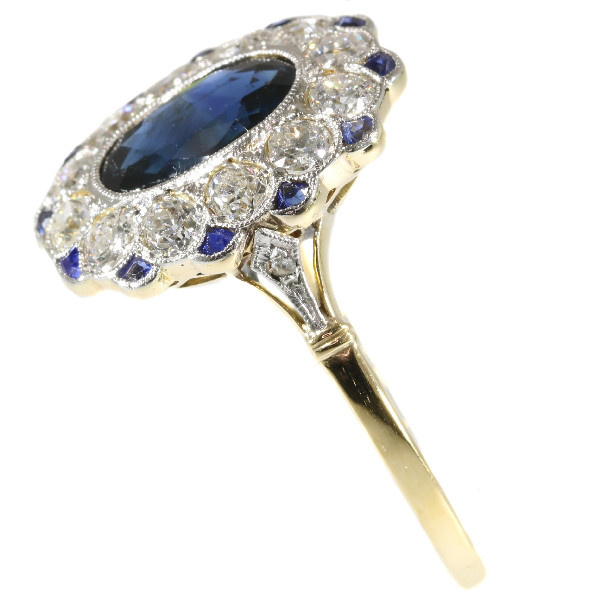 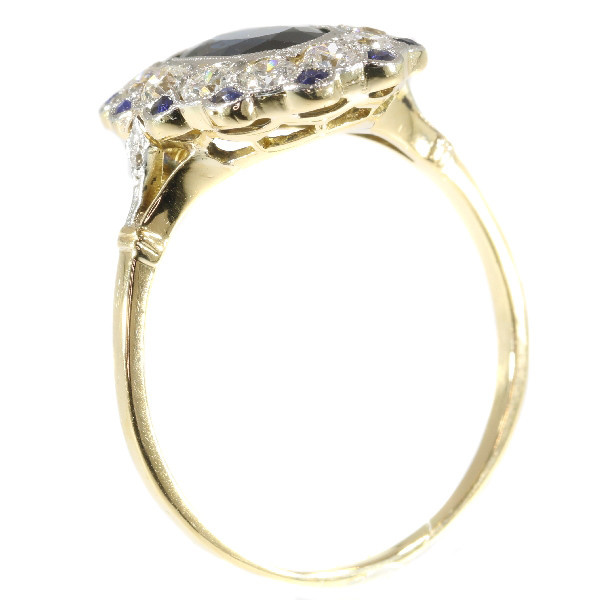 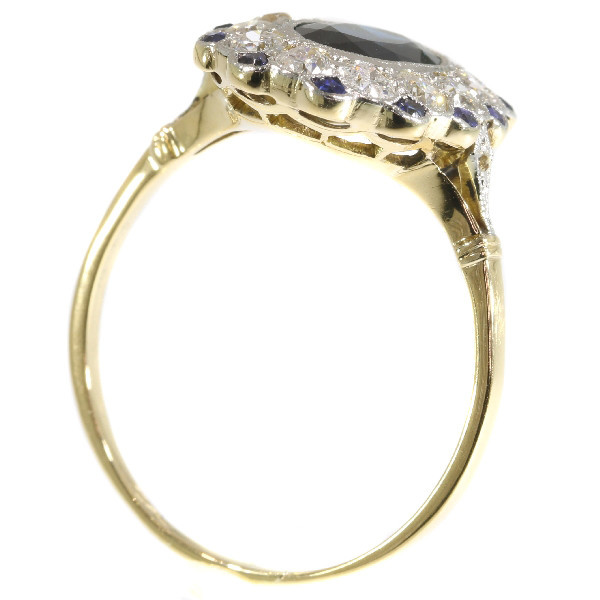 Country of origin:Although it does not carry any legible control marks we believe this to be of French or Belgian origin.

Total diamond weight: approx. 0.86 crt. with an average colour and clarity: H/K, i.

Precious stones: One sapphire with an estimated weight of ± 1.50ct. colour: deep dark blue.
Treatment: most probably heat treated. Colour enhancement by heat treatment of ruby and sapphire is an accepted technique as long as it is mentioned by the seller.
12 sapphires. We did not check if the sapphires are lab produced or not as this information has no influence on the value of this jewel. Natural sapphires and lab produced sapphires were both used in this era, rather more for their effect than for their intrinsic value.