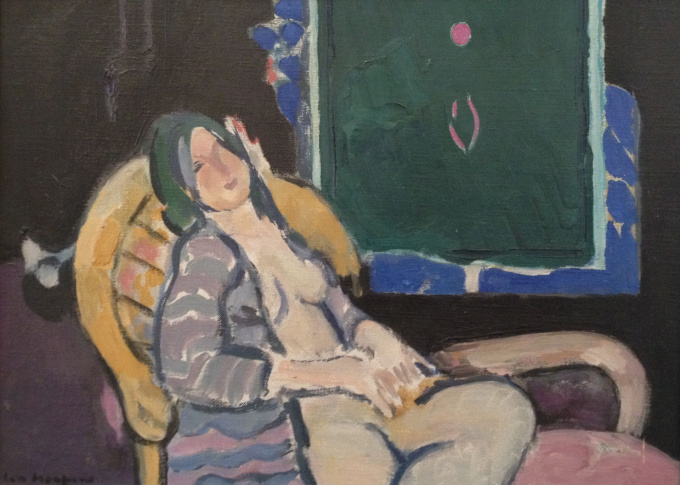 This oil painting was depicted on the invitation card of the exhibition of Paul Hugo ten Hoopen at gallery Charlotte Daneel (1990).
Paul Hugo ten Hoopen (1927) is a painter, watercolourist and essayist. For many years he worked as a professor of drawing at the 'Rijksacademie' in Amsterdam.
Figuration in his landscapes and interiors is abstracted and reduced to the essentials.
His works were created in France and Switzerland, and are determined by a simple palette of green, blue, yellow and red.