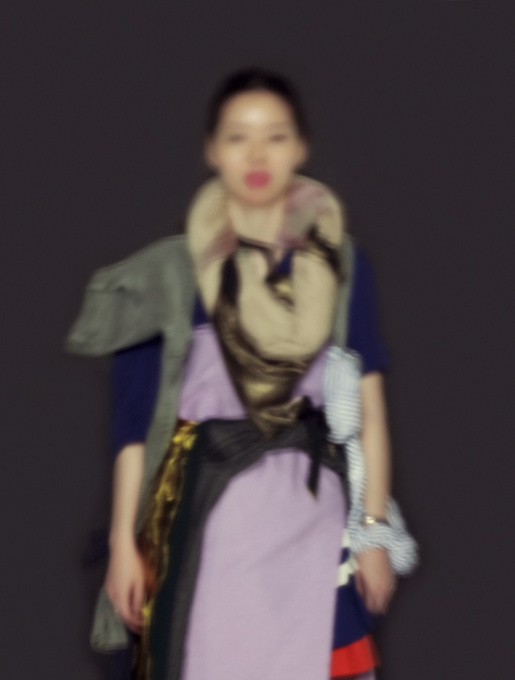 Kyungwoo Chun was born (1969) in Korea. After his graduation from Chung-Ang University’s School of Fine Arts in Seoul he moved to Germany, where he studied and started to work on his art projects in Europe. He has become known for his poetically blurred photographic portraits in a very unconventional way of dealing with time and space.

What fascinates the photographer most is that this kind of portrait photography requires the people involved to spend a long time in the same room together. This technique injects the image with a lot of energy and empathy.

Photographing people involves, in a way, according to Chun, an exchange of souls. What is essential to the creation is how the individual uses time during the exposure. The photographer repeatedly enters into dialogue with his subjects. As the model has an active role to play, movements and minor changes of position on the chair are all explicitly allowed. The energy that this creates resonates in the result. Long exposition time not only influences the intensification and sublimation of relations between the photographer and his model. It also directly influences the form and content of the images.

He has been realizing participatory performances and collaborations in cities like Dueseldorf, Barcelona, Seoul, Berlin, Prague, Liverpool, Lisbon, Copenhagen and New York. His work has been presented in numerous solo exhibitions in Europe and Korea and he is the recipient of Danish Art Council grant DIVA(2007), Art Council Korea grant, grant by Ivory Press, UK, Hanmi Photography Award from the Museum of Photography Seoul(2007), winner of Public Art Competition in Bremen(2008). The artist's work is represented in major museum collections including the Museum of Fine Arts, Houston, Gemeentemuseum, The Hague, Museet for Fotokunst Odense(DK), the Museum of Photography in Seoul, National Museum of Contemporary Art of Korea, Museum fuer Kunst und Gewerbe Hamburg among others.