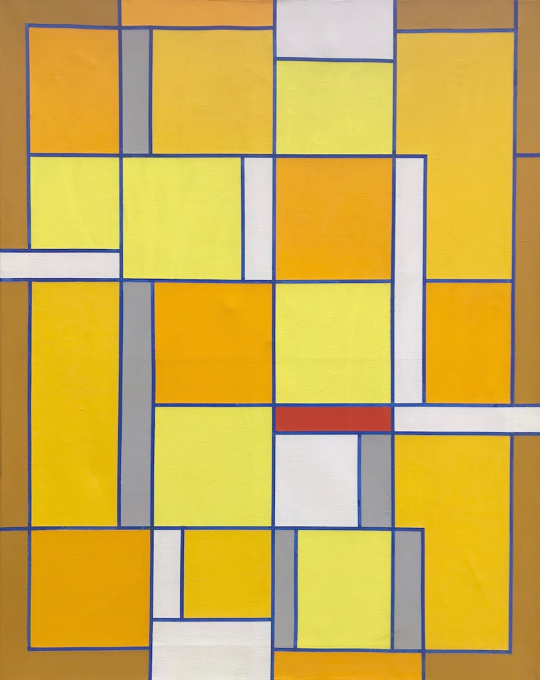 Sijbren Ritsert (Siep) van den Berg was a Dutch painter and sculptor, born in Tirns on 14 January 1913. He died in Amsterdam on 27 October 1998. The son of a smith, Van den Berg went to the technical school. He became a decorator, but he also made paintings. Between 1930 and 1933 he took evening classes drawing and painting at the Academie Minerva (State Academy of Fine Arts) in the city of Groningen. There, he studied under Jan Altink. After graduating from the art academy, he established an advertising agency, along with Oscar Gubitz. From 1939 Van den Berg rent a summer-house in Groningen, where he had set up his studio. After the Second World War, he visited Paris a number of times and took classes at the Académie de la Grande Chaumière. He settled in Amsterdam in 1954, where he had his studio at the Brouwersgracht. Initially, Van den Berg made free paintings, but his style developed from naturalism through impressionism and cubism to constructivism. Van den Berg also was a self-taught sculptor, creating various sculptures in the Netherlands, including Lijnenspel (1963-1964, Stadskanaal); Libbensline (1983, Tirns); Vrijstaand sculptuur (1972, Groningen); Top en Twel (1982, Oppenhuizen); Beeld van de bevrijde vogel (1994, Amsterdam).