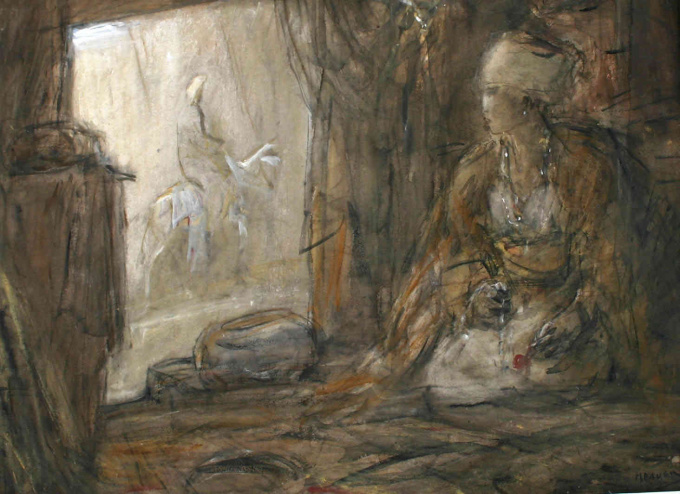 Dutch painter in oils and watercolor, etcher and lithographer. Born in Den Haag, where he studied painting at the Academy (1879-84) under S. van Witsen. A visit to Constantinople in 1888 confirmed his lifelong preoccupation with eastern subjects, and was followed by visits to Egypt and Palestine, India (1898, 1925), Tunisia, Mo-rocco, Spain, the Dutch East Indies, etc. Made a few notes on the spot, but drew and painted from memory and imagination. Best known as an etcher in a rather Rem-brandt-like style and was awarded a Grand Prix for his etchings at the 1900 Paris In-ternational Exhibition. Illustrated several books, including lithographs for Flaubert’s La Légende de St. Julien l'Hospitalier (1891), etchings for Villiers de l’Isle Adam'sAkédysséril (1894) and decorated the margins of his copies of the Arabian Nights’ Tales with over 7.000 drawings.