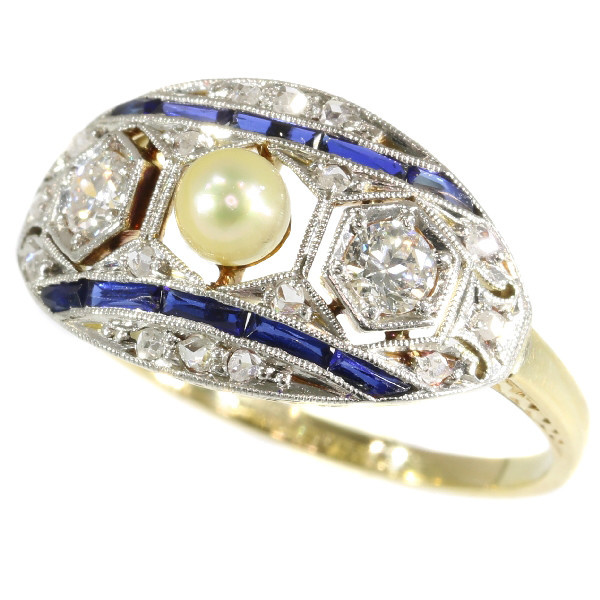 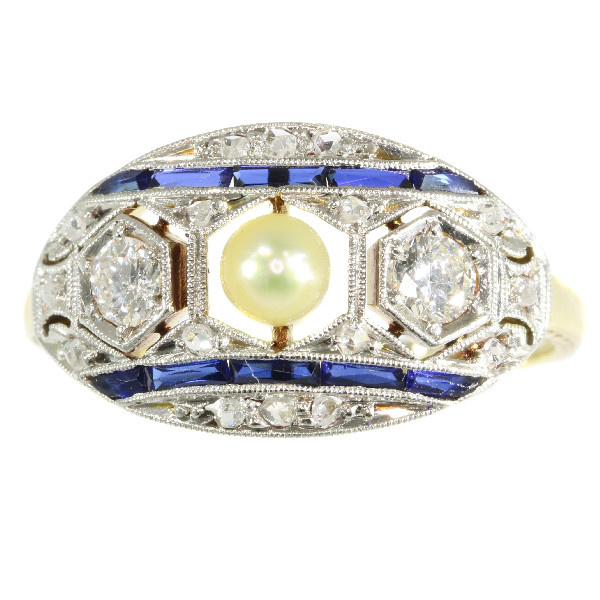 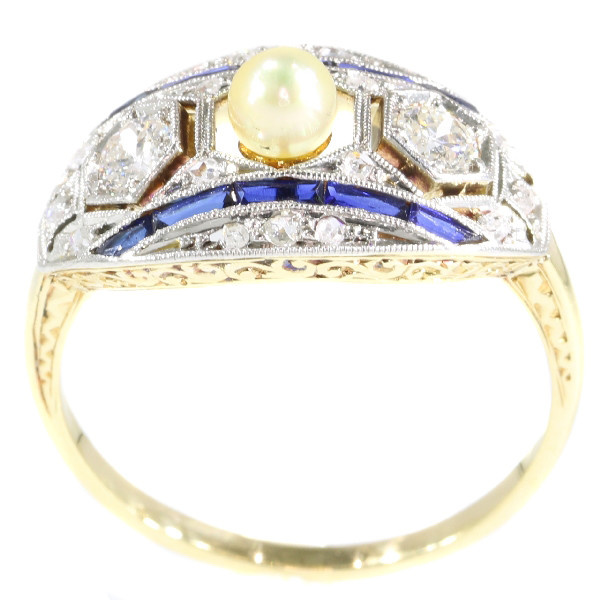 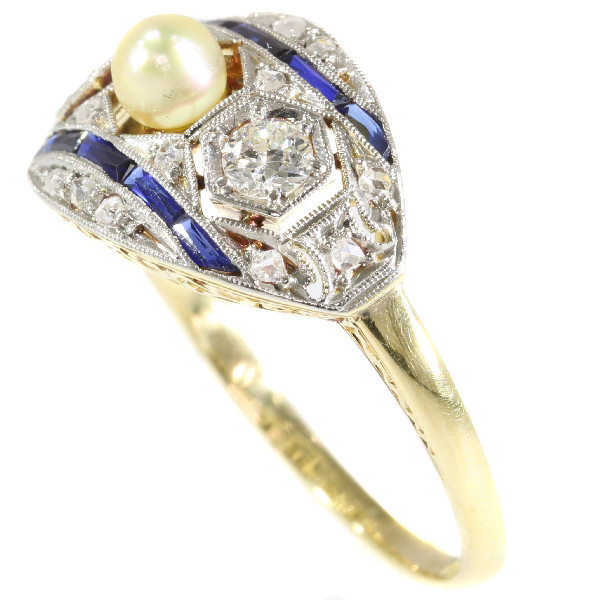 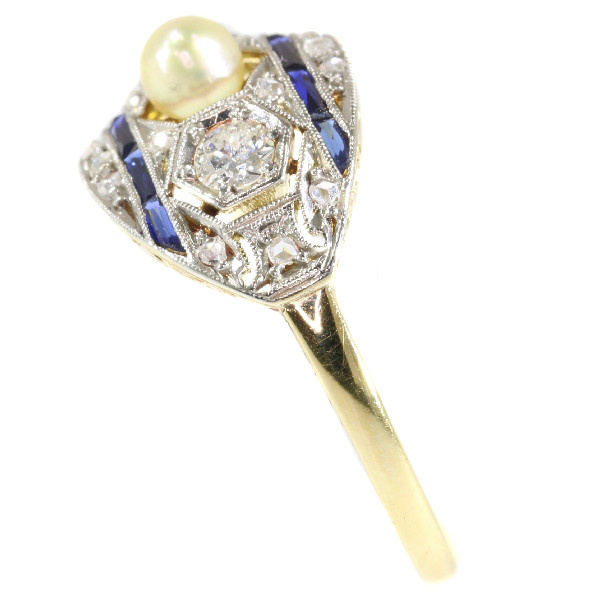 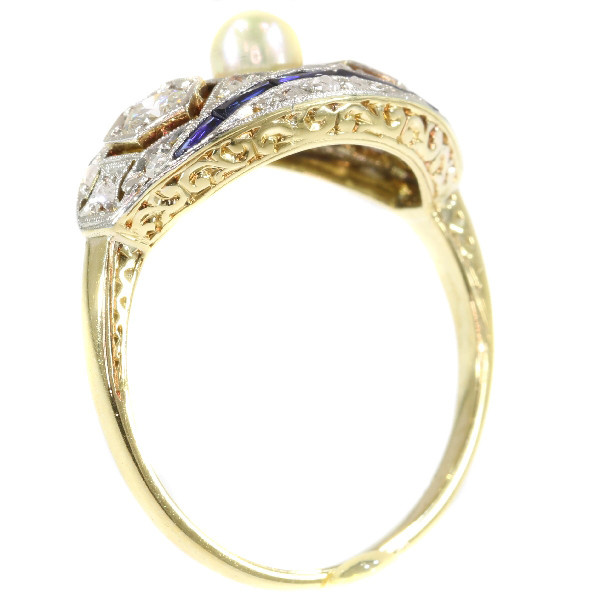 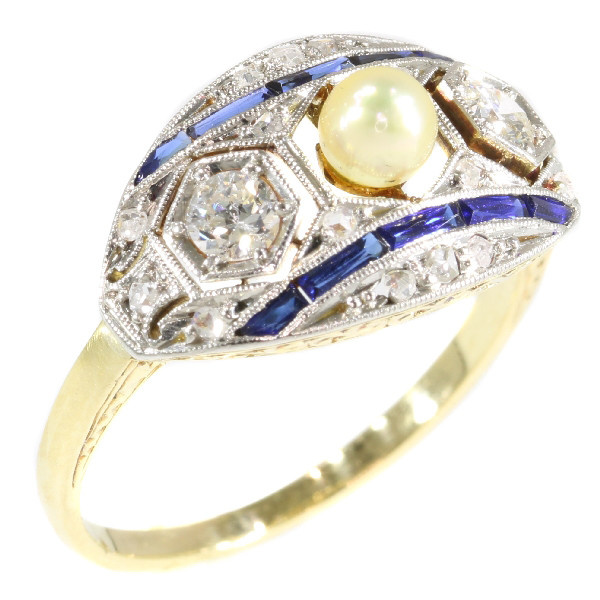 Diamond(s): Two old European cut diamondswith an estimated weight of ± 0.26ct. (colour and clarity: G/I, vs/si).
16 senailles. A senaille is a simplified rose cut diamond, a small diamond chip with perhaps a few polished facets. We do not have the weight of these diamonds which is normal in our trade when it comes to senailles.

Precious stones: Ten sapphires (lab produced) (also called verneuil sapphire). The fact that these stones are lab produced has no influence on the value of this jewel. Natural rubies and lab produced sapphires were both used in this era, rather more for their effect than for their intrinsic value.