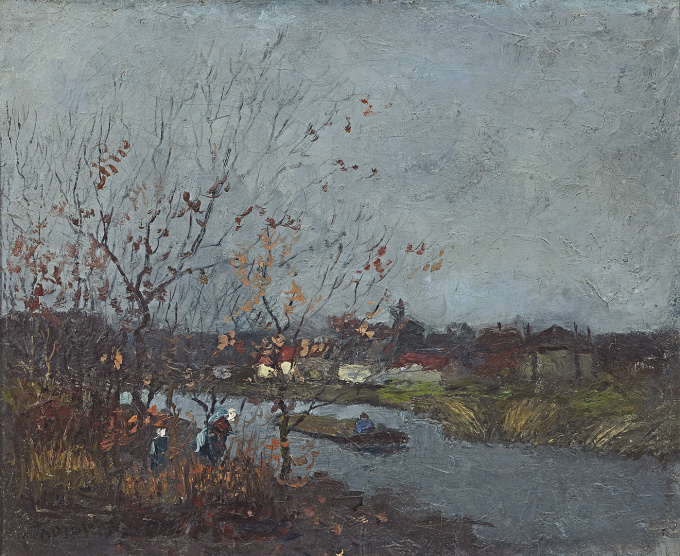 In his early career, in 1882 he painted Oude Laan van Meerdervoort. It is the longest street and called the canal belt of The Hague. Toorop lived on different addresses in The Hague.