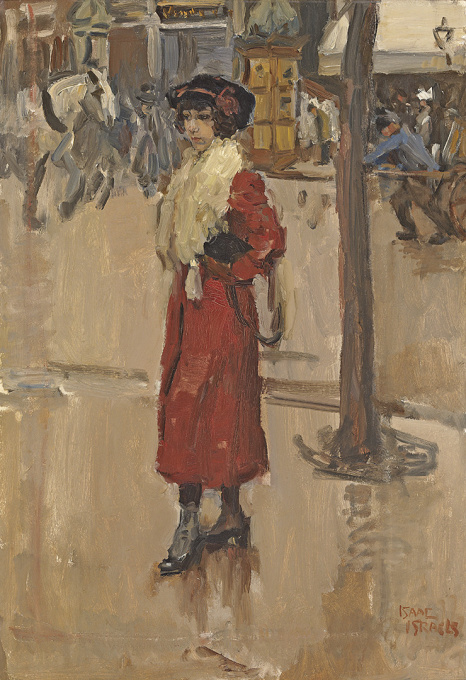 Isaac Israels studied for two years at the academy of Den Haag (1880-82) before he committed himself to painting figures and portraits. In 1887 he moved to Amsterdam. He practiced his impressionist manner in cityscapes, dancing halls, portraits, circus scenes, figures and nudes. In the nineties Israels started to work plein-air along the canals and in parks. His subjects were not limited to Amsterdam: Israels also worked in London and Paris. Israels lived and worked for seven in the French capital, where he studied the work of Toulouse-Lautrec and Degas. Around 1900, his palette lightened and his subjects became more mundane: figures on a night out, figures at the terrace, horse riders in Hyde Park, mannequins at Hirsch & Paquin and theater scenes.