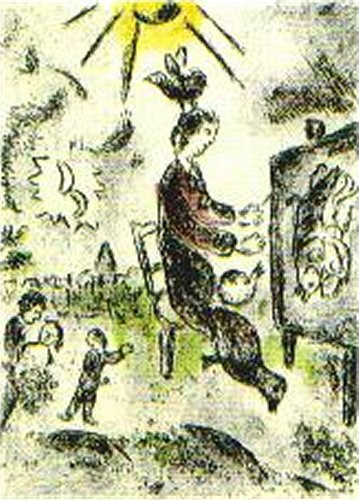 The complete title of this famous series is: "Celui qui les les sans rien dire" (He who says things without words)
The album includes 25 poems by Aragon and 25 colour etchings by Chagall. It was published in 1976, in an edition of 225 copies.
Framed.

About the Artist - 185 more artworks