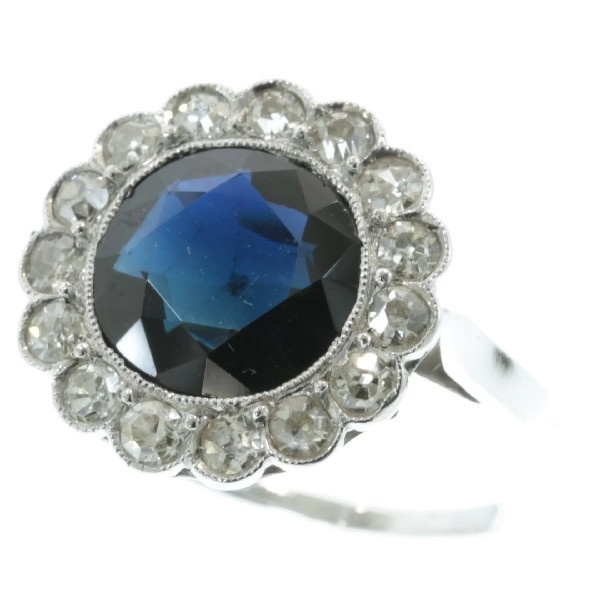 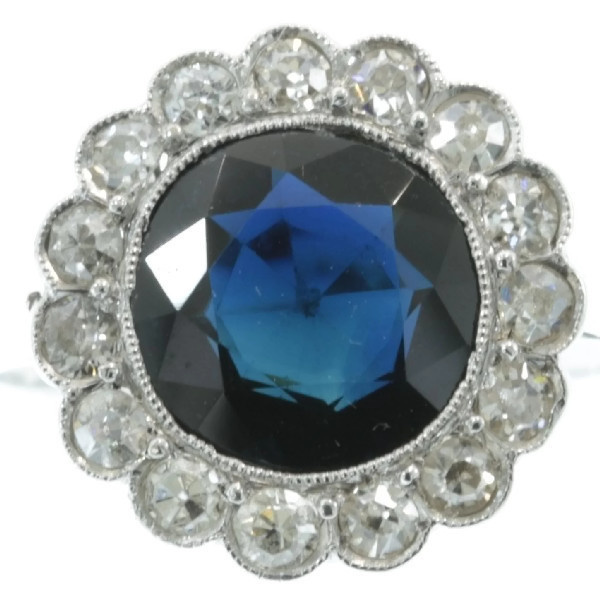 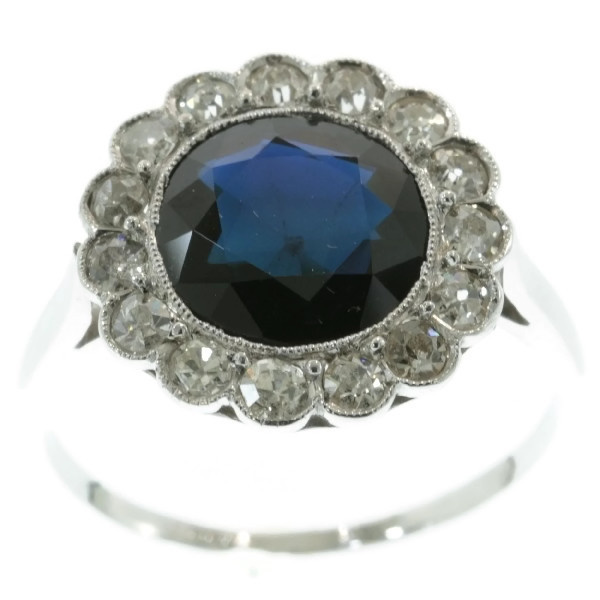 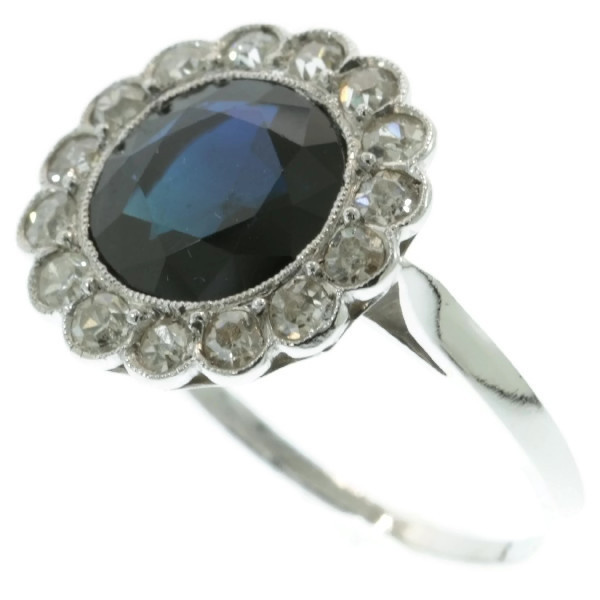 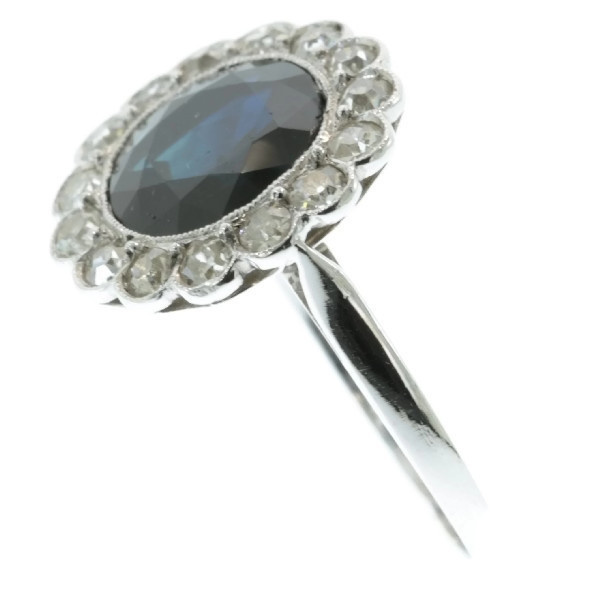 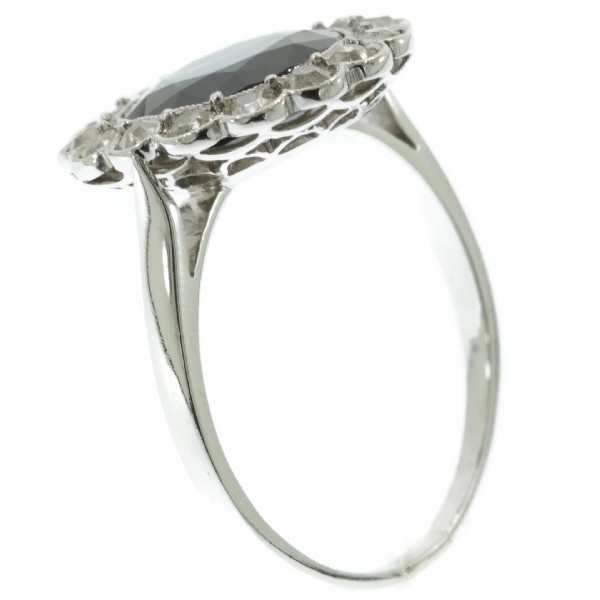 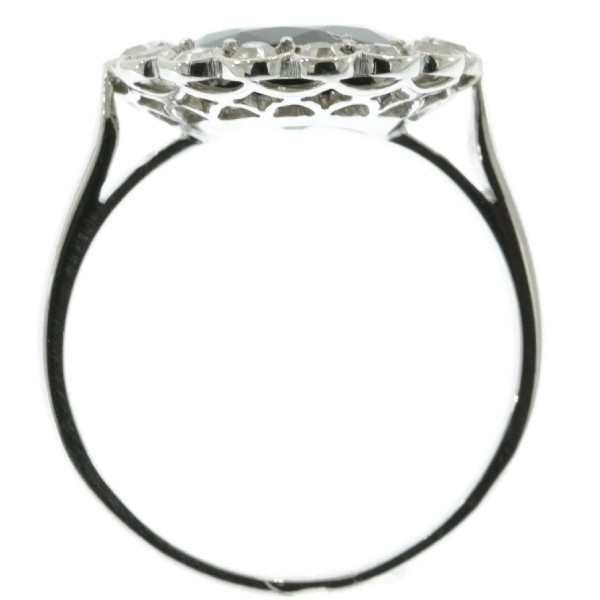 From the first glance, it's clear this platinum Art Deco engagement ring from 1920 emanates nobility. In resemblance of the Lady Di ring, an old single brilliant cut sapphire of 2.70 carat is embraced by 15 old single brilliant cut diamonds. Thesplendour doesn't stop there if you look at the delicate flourishes fit for a princess beneath the cluster.

Diamonds: 15 old single brilliant cut diamonds (also called 8/8) with a total estimated weight of approx. 0.50 crt. (approximate color and clarity I/J, si/i)
Note: All diamond weights, color grades and clarity are approximate since the stones were not removed from their mounts to preserve the integrity of the setting.