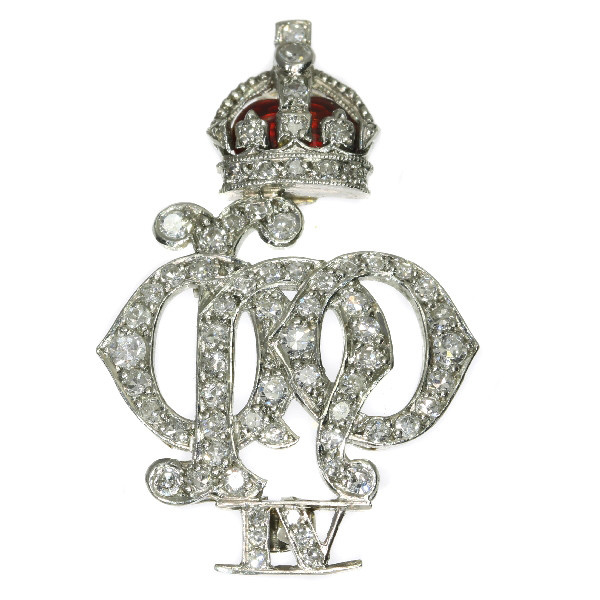 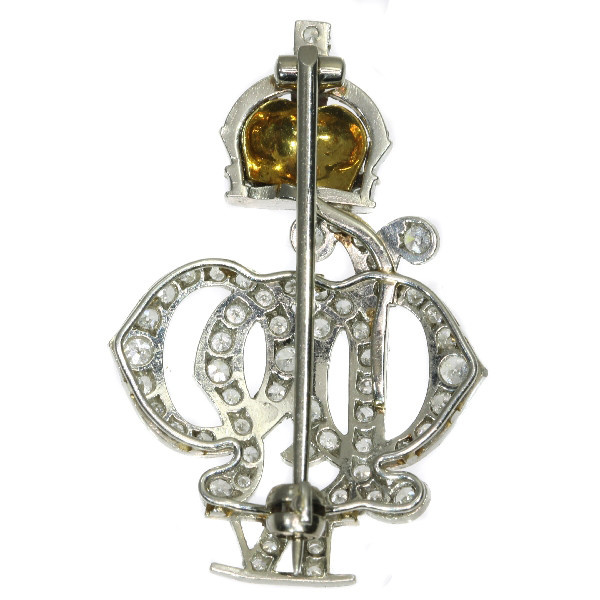 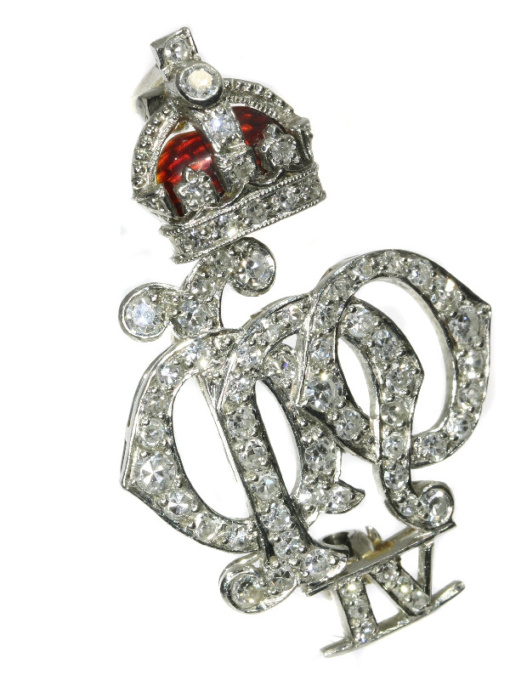 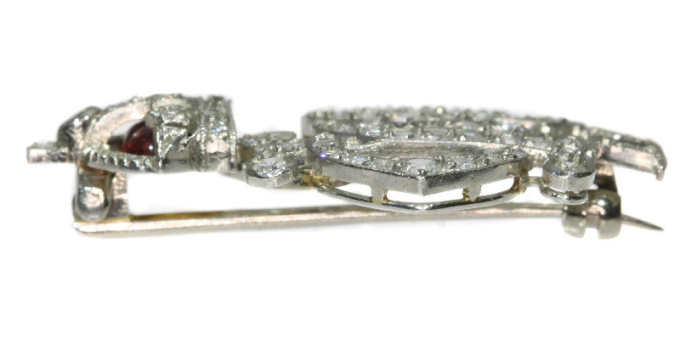 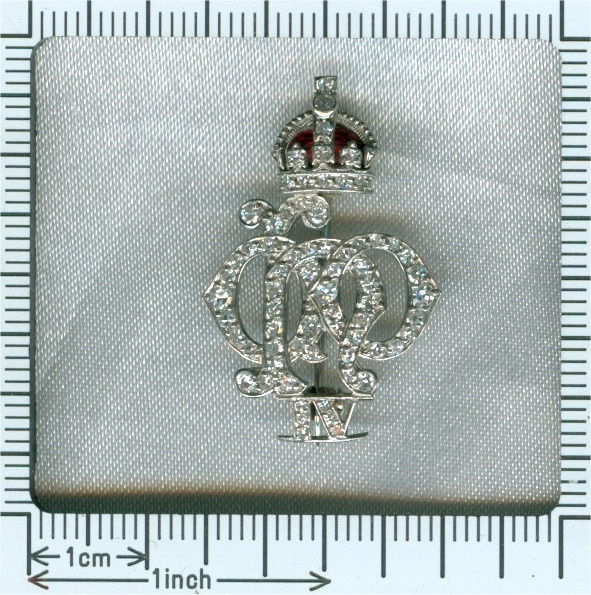 Country of origin:Although it does not carry any legible control marks we believe this to be of British origin.

Source of inspiration: Militaria (military articles of historical interest, such as weapons, uniforms, and equipment)

Theme: Crest of the 4th Queen's Own Hussars

Extra information: The 4th Queen's Own Hussars was a cavalry regiment in the British Army, first raised in 1685. It saw service for three centuries, including the First World War and the Second World War. It amalgamated with the 8th King's Royal Irish Hussars, to form the Queen's Royal Irish Hussars in 1958.

Its last Regimental Colonel (between 1941 and 1958) was Sir Winston Churchill.
From: Wikipdia.